Visualize examining a printed photograph under a microscope. You will just see colored dots. Only when you step back will you see the patterns that comprise the photo. 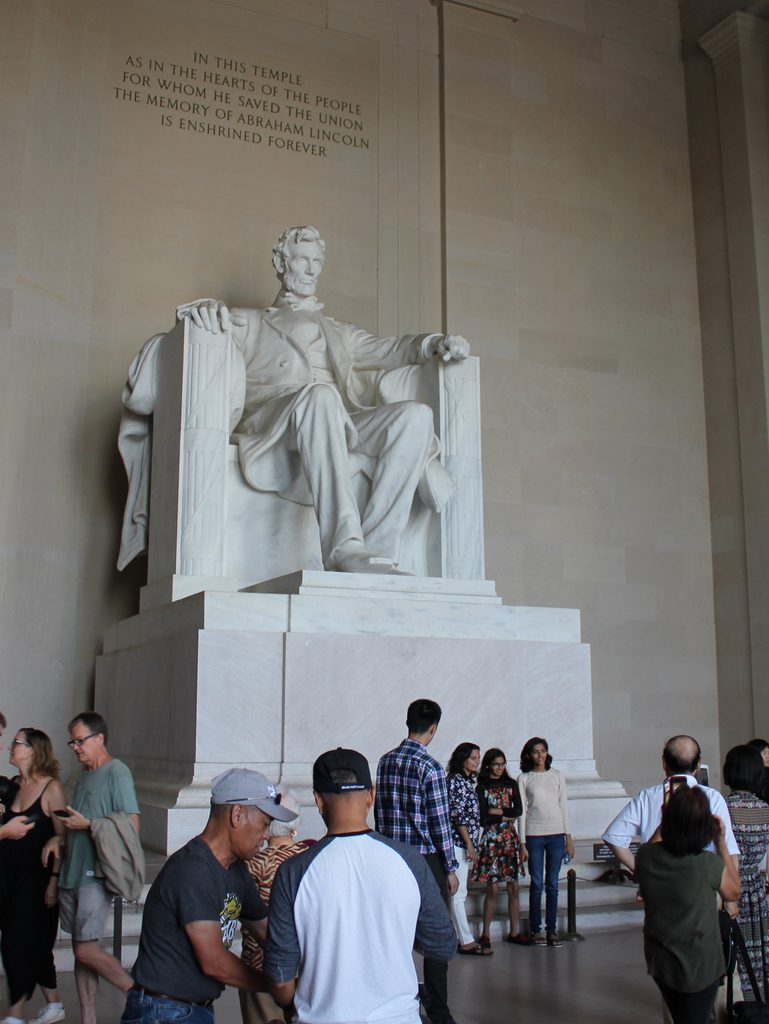 In the most recent American Presidential election, 74 million people voted for the Republican candidate.

In that group were every sort of human being you can imagine.

There were good Republicans and bad Republicans, men and women, rich and poor, cruel and kind, selfish and generous, black, yellow, red, white — everything.

But step back and you will see patterns that comprise today’s Republican party.

The Republicans have advertised themselves as conservative.

No one knows exactly what that means, but generally, it has to do with conserving traditional values: marriage and family, religion, law and order, honesty and truth, and reliability.

That is the conservative ideology. But, it is not currently the Republican ideology.

Michael Oakeshott, English philosopher and political theorist, wrote, “To be conservative is to prefer the familiar to the unknown, to prefer the tried to the untried, fact to mystery, the actual to the possible, the limited to the unbounded, the near to the distant, the sufficient to the superabundant, the convenient to the perfect, present laughter to utopian bliss.”

So, of course, today’s Republican Party opted for a thrice-married, oft-cheating (Stormy Daniels et al), family-destroying (family separation at the border) multi-convicted criminal (Trump University, Trump foundation), who promised to build a wall Mexico would pay for, and who promised a dramatic political change (“drain the swamp”), and who promised to replace Obamacare with something better.

In short, the current leader of the Republican Party may be the least conservative human on this planet, the very antitheses of all the Republicans claim to believe and to defend.

So much for conservatism and tradition.

This Republican loss of ideology didn’t happen overnight, however. It began with Lyndon Johnson, or rather with a white racial revolt against Lyndon Johnson’s “Great Society.”

Until the 1960s, the southern states had traditionally voted against the Republican’s self-proclaimed “Party of Lincoln” since the Confederate States’ lost the Civil War.

But by appealing to the anti-integration, states’ rights, and law-and-order sentiments of many Southerners, Richard Nixon was able to sway enough bigots to the Republican ticket to win election.

“From now on, the Republicans are never going to get more than 10 to 20 percent of the Negro vote and they don’t need any more than that… but Republicans would be shortsighted if they weakened enforcement of the Voting Rights Act.

The more Negroes who register as Democrats in the South, the sooner the Negrophobe whites will quit the Democrats and become Republicans.

That’s where the votes are. Without that prodding from the blacks, the whites will backslide into their old comfortable arrangement with the local Democrats.

That became Nixon’s famous “Southern Strategy,” and at that instant in 1970, the Republican Party, unofficially became The Party of Bigotry.

Yet racial bigotry alone did not bring the Republicans what they wanted most: Power.

In 1994, Newt Gingrich, Dick Armey promoted the “Contract with America,” which listed promises made to America’s voters, including:

What racial bigotry alone could not accomplish, racial bigotry + financial bigotry produced. The Republicans were able to convince Americans that their greatest danger came from people of color and the poor, together with the false claim that America was running short of money to support them.

The Tea Party movement was formed to oppose President Barack Obama’s progressive agenda. It called for lower taxes on the rich, a reduction of the national debt and deficit through decreased government spending (especially on social programs), and specifically opposed federally-funded universal healthcare.

“We’re broke,” Ohio Republican Boehner lied on NBC’s “Meet the Press.” “What’s really dangerous is if we do nothing…We’re going to deal with the entitlement problem.”

Today’s Republican party has no foundational beliefs, no doctrine, no ideology other than mere re-election. No Republican has announced, “We need to help these people,” or “We need to do the right thing.” Everything is solely for election.

Back in 2010, the Senate’s Republican leader, Mitch McConnell said, “The single most important thing we want to achieve is for President Obama to be a one-term president.”

Not the elimination of hunger or poverty, not the improvement of Americans’ health. Not education, jobs, or housing. No, his most important goal was to win the next election.

Thus, the Republican Party became totally, self-indulgent and thoroughly “Trumpized.” GOP politicians have forgotten why they wanted to run for office, back in the days when some actually wanted to go to Washington and do good.

They cut taxes on the rich merely to receive money from the rich. They oppose immigration and minorities, because these groups are not big contributors and because the religious voting right hates immigrants and minorities. They are the ultimate real politik.

Just a Trump is a psychopath, the entire GOP has become the Psychopath Party, immune to compassion or sense of duty.

Really? Debating what happened right before your eyes? Or has that debate become so embarrassing, that now the debate has been switched to whether convicting a traitor after he leaves office would be “constitutional?”

This is exactly what happens when a nation’s leadership, loses all sense of morality, and yields only to the naked lust for power.

And that is today’s Republican party, the erstwhile “Party of Lincoln.”

Poor old Abe must be twisting in his grave.

3 thoughts on “What is the ideology of today’s Republican party?”