Monetary Sovereignty (MS) could not be simpler. The entire doctrine is based on one basic fact:

A Monetarily Sovereign entity cannot unintentionally run short of its own sovereign currency.

Everything devolves from that. 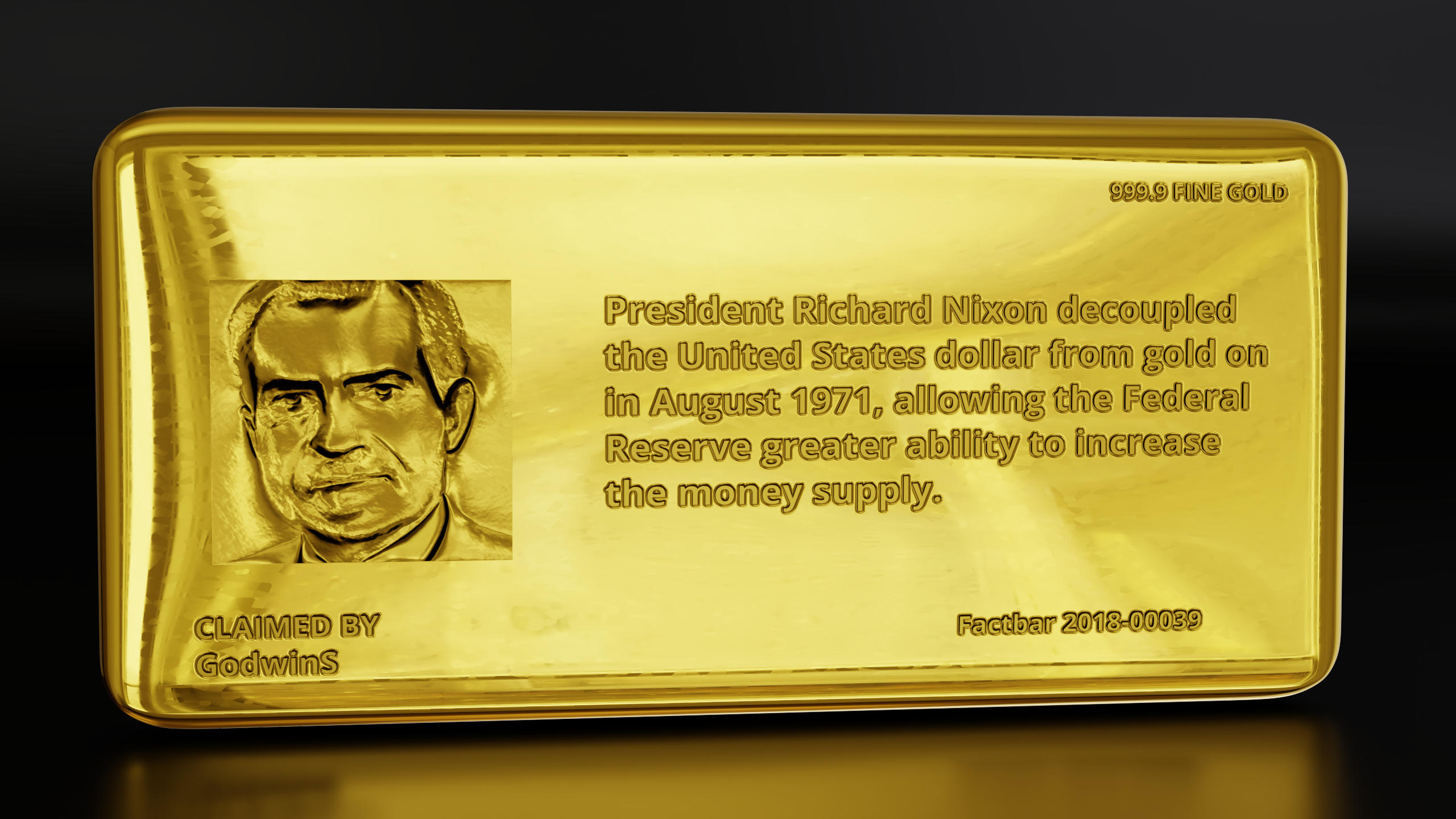 For most of its history, it was on some form of metal standard, gold and/or silver.

But being on a metal standard limited the government’s ability to create dollars.

Today, the federal government could, if it wished, spend many trillions of dollars without collecting even one dollar in taxes. One might argue about the effect of such spending, but the government’s ability to do it is beyond debate.

This false belief has led to several nonsensical activities:

For example, consider this article from the Peter G. Peterson Foundation website:

Federal trust funds bear little resemblance to their private-sector counterparts, and therefore the name can be misleading.

A “trust fund” implies a secure source of funding. However, a federal trust fund is simply an accounting mechanism used to track inflows and outflows for specific programs.

In private-sector trust funds, receipts are deposited and assets are held and invested by trustees on behalf of the stated beneficiaries. In federal trust funds, the federal government does not set aside the receipts or invest them in private assets.

Rather, the receipts are recorded as accounting credits in the trust funds, and then combined with other receipts that the Treasury collects and spends.

The above is an accurate description of how federal “trust funds” really work. Sadly, the accuracy disappears with the following sentence:

When revenues for a trust fund fall short of expenses, the Treasury must finance payments through additional borrowing from the public.

Think about it. Why would any entity, having the unlimited ability to create its own sovereign currency, resort to borrowing? Further, where would the public obtain funds to lend to the government.

We have provided links for further discussions of these points, as all of the above merely is introductory to an article we now will discuss.

$1,400 Stimulus Payments Would Be a Waste of Money
President Joe Biden wants to provide additional stimulus checks of $1,400 to the majority of Americans.
By Steve Chapman, schapman@chicagotribune.com

Last spring, the Treasury Department sent out “economic impact payments” to some 160 million people, in the amount of $1,200 for each adult who qualified. Gallup then asked people if they would like the government to give them more money.

Only 17% said no — a group possibly dominated by those who didn’t qualify the first time and were seething with resentment.

In December, when then-President Donald Trump proposed to distribute another round of checks of $2,000 per person, he again found a receptive audience. Two-thirds of Americans were prepared to shoulder their patriotic duty to accept more money. But in the end, Congress agreed to payments of just $600.

President Joe Biden now wants to make up the difference, providing checks of $1,400 to the vast majority of Americans. In the middle of an economic crisis brought on by a raging pandemic, there are many ways the federal government could spend money that would be cost-effective as well as humane.

Stimulus payments are not one of them.

Private sector spending can be evaluated on the basis of “cost-effectiveness.” Federal spending cannot, for one simple reason: Cost is not an issue for an entity that has an infinite supply of money.

Further, contrary to popular wisdom, “waste” is not an issue, either. “Waste” is just the federal government pumping growth dollars into a part of the private sector that someone doesn’t like, so he terms it “waste.”

The real waste is the waste of human effort — the millions of valuable hours wasted calculating and paying taxes to the federal government, which destroys tax dollars upon receipt.

Now here’s an interesting fact that most people don’t know: The Medicare “trust funds” consist of the Hospital Insurance (HI) fund (Part A) and the Supplementary Medicare Insurance (SMI) fund (Part B).

Unless reforms are enacted, the Trustees estimate that Medicare’s HI Trust Fund will be depleted in 2026. The SMI fund, however, cannot be depleted as contributions from the federal government’s general fund are set to cover any remaining deficit after premiums paid by beneficiaries are taken into account.

Translation: The federal government does with the SMI fund what it should do with all so-called “funds.” It simply pays the bills.

There is no talk about insolvency, or “borrowing,” or “ticking time bombs.” The federal government uses its infinite ability to pay the SMI bills.

It could and should do exactly the same thing for Social Security, Medicare (Part A), highways, et al.  We could have Social Security for All, and Medicare for All without spending one cent of taxpayer money.

The question, “How will you pay for it?” will justly fall into the dustbin of history.

Now is no time for austerity.

Millions of people have lost jobs. Tens of thousands of businesses have closed. The federal government should be ready to take on large amounts of new debt to alleviate widespread hardship and keep the economy from collapsing.

Not “debt.” Federal debt (i.e. deposits in T-security accounts) pays for nothing. The federal government should be ready to implement large amounts of new spending.

But that obligation is no excuse for outlays that are poorly suited to either task. True, additional stimulus checks will help Americans who are in serious need, but they will help a lot more people who are not.

Any individual making $99,000 or less or two-adult household with an income of $150,000 or less was eligible for the full amount of the first payments.

So what if stimulus checks go to people whose income exceeds the $99K and $150K thresholds? This is America’s middle-class. By what logic should they not receive money?

The checks are commonly referred to as stimulus payments, but they’re not designed to stimulate the economy. Nor is stimulus what the economy needs.

When a normal recession hits, people spend less as they lose their jobs or fear losing them, which causes the economy to contract further. The federal government can help in the short run by giving people money to spend.

But this time, the economy contracted because the pandemic shut down or curtailed a wide range of activities. Giving people money doesn’t help when they can’t or don’t want to do so many things that involve outlays of cash — dining out, going to a movie, buying clothes, taking a trip or hosting a party. It’s like wasting matches trying to light a sodden firecracker.

The futility of this approach became clear after the first round of payments. A study published by the National Bureau of Economic Research found that just 40% of the money was spent on goods and services, with the balance going to pay down debt or increase savings.

Who says paying down debt and increasing savings is not economically beneficial for the private sector?? When did that not become stimulative for today’s current economy and for tomorrow’s economy?

The $600 checks cost $166 billion, and following up with $1,400 payments would bring the total to as much as $600 billion, according to the Committee for a Responsible Federal Budget.

That money could be dispensed in far more productive ways — to keep companies from going bankrupt, enable tenants to pay their rent or finance COVID-19 treatment, testing and vaccinations.

Why not do both? The federal government is not financially constrained. It should do everything to grow the economy, and especially the middle classes, and not be limited to Mr. Chapman’s favorite exercises.

Limiting the payments to individuals making up to $50,000 and families with incomes up to $75,000 would save $200 billion while concentrating the help on people most likely to need it and most likely to spend it.

Except what is the purpose of “saving” $200 billion for a government that can create trillions at the touch of a computer key. Clearly, Mr. Chapman wrongly believes the federal government’s ability to spend is limited.

It would be far better for the federal government to save families than to save money.

For Washington to skimp on urgent needs during a crisis would be a false economy. But that doesn’t excuse pumping out cash with a fire hose.

We’re lucky that interest rates are low now, making it cheap to borrow. But they won’t stay low forever, and when they rise, taxpayers will groan under the weight.

The federal government has a fire hose, but Mr. Chapman would put out the economic fire with a garden hose — for no reason.

Finally, low interest rates do not benefit a government that has the unlimited ability to create dollars.

That would be true if federal taxes funded federal spending. But they do not.

Chapman wants to hoard the dollars of which we have infinite. He should know better.

13 thoughts on “Why do we hoard the infinite?”