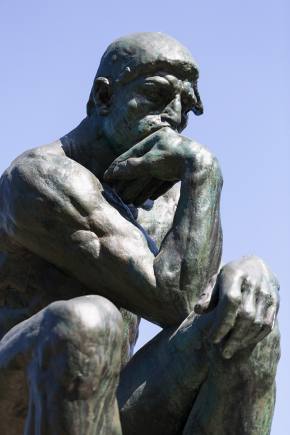 The people who claim the USA isn’t racist are the worst racists?

It takes two things to put people in chains: The ignorance of the oppressed and the treachery of their leaders.

Hatred and fear are evil twins. It is impossible to hate someone without fearing them.

Dictators always claim that patriotism is obedience to them. Their disciples agree. Fake, hyperpatriots “love America,” but hate the Americans who disagree with them.

Loyalty, like obedience, usually is a one-way street. Divorce and dog leashes are proof.

The more federal budgets are cut and federal taxes increased, the weaker an economy becomes. No economy can tax itself into prosperity, nor grow without money growth. Cutting federal deficits to grow the economy is like applying leeches to cure anemia.

Many people expect the Federal Reserve to control inflation. But inflation is not a financial problem. Inflation is a scarcity problem that only Congress can fix.

It is easier to have sympathy than empathy. Actually, no one has empathy. “I feel your pain” is a lie.

We wish to distance ourselves from those below us on any social scale, while coming closer to those above. This is Gap Psychology.

Austerity is the government’s method for widening the gap between rich and poor.

Everything in economics devolves to motive, and the motive always involves the Gap between the richer and the poorer.

The Gap is what makes the rich, rich. To widen the Gap, the rich can obtain more for themselves, or make sure the poor have less.

Everyone lies. Most of our lies are to ourselves.

No life form in the universe is less knowlegable than a voter.

Until the 99% understand the need for federal deficits, the upper 1% will rule.

To survive long-term, a monetarily non-sovereign entity must have a positive balance of payments.

Where reality differs from belief, those who question least choose belief.

The more we learn,
the more we begin to see,
if we were tasked with building a universe,
this is the only way it could be.