Perhaps the greatest Economics problem in the US and indeed, in the world, is the wide and growing income/wealth/power Gaps between the rich and the rest. 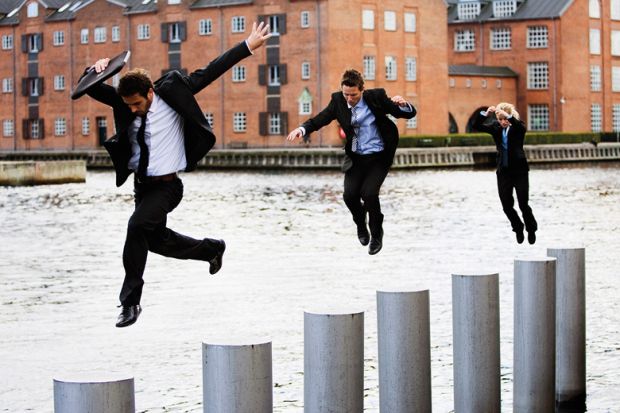 Ironically, the following article appeared on the Committee For A Responsible Federal Budget (CRFB) web site.

I say “ironically,” because the CRFB continually calls for reductions in federal spending along with increases in federal taxes, all to reduce the dreaded “debt” and deficit.

Such reductions generally are regressive, slashing such social programs as Social Security, Medicare, Medicaid, and other poverty aids, while increasing FICA.

And yet the thrust of the article expresses concern that certain proposed efforts would be regressive, rather than progressive as is popularly assumed.

The concern is legitimate, and I agree with it, while disagreeing with the article in the overall, because of the second greatest economics problem (or is it first?). That problem is the universal misunderstanding of Monetary Sovereignty.

A Monetarily Sovereign government, like that of the United States, has the unlimited ability to create its own sovereign currency. It creates dollars at the touch of a computer key.

You and I, and businesses, and even state and local governments, are monetarily non-sovereign. We all are the “private sector.” financially different from the federal government, which is the true “public sector.”

You can read more about Monetary Sovereignty, here and here.

Here are excerpts from the CRFB article:

In her recent Washington Post column, Catherine Rampell argues progressives should “be more progressive in an old-fashioned sense: by helping the poor more than the rich.”

I agree with the concept, though in actual excution, this is not always possible.

Being progressive is not exclusively devoted to helping the poor. It also means aiding the various middle classes. And therein lies the problem.

Rampell argues against three policies that are “handouts to the wealthy” — the repeal of the limit of the federal deductibility of state and local taxes (the SALT cap), canceling up to $50,000 per borrower of federal student debt, and the proposed $2,000 stimulus checks.

Rampell’s description of the $50,000 in student debt cancellation and SALT cap repeal is apt — the vast majority of the benefits of these policies would go to the highest earning families (we’ve written separately on the distribution of the $2,000 checks here).

Assuming the math is correct, then in fact, the rich would benefit directly more than would the poor. But there are several points not considered.

1. Because of the above-mentioned three programs, fewer dollars would leave the private sector and go to the federal government, to be destroyed. This alone would stimulate the overall economy, which would benefit the middle- and lower-income groups.

3. More middle- and lower income young people would be encouraged to attend college, which would benefit all of America, as more doctors, scientists and other professional talent entered the economy.

4. More middle- and lower-income people would be able to pay their rent and feed their families.

SALT cap repeal is even more regressive. The Tax Policy Center estimates that 96 percent of the benefit of repealing the $10,000 cap on the state and local tax deduction would go to the top quintile.

57 percent would go to the richest one percent of taxpayers. Those at the top would enjoy an average tax cut of $31,000 — while the average taxpayer would see no tax cut at all (the average cut in the middle quintile would be $10).

Even efforts to better target these policies don’t appear to fundamentally change their regressive nature. Catherine and Yannelis find that capping debt cancellation at $10,000 per household would still distribute 28 percent of the benefits to the top quintile and only 5 percent to the bottom.

Similarly, doubling the SALT cap to $20,000 rather than repealing it still delivers over 95 percent of the benefit to the top quintile and almost none to the bottom half of earners, based on estimates using Tax Brain.

This type of targeting can reduce the benefit of these policies for the very wealthiest Americans, but still offers little benefit to the vast majority of lower-earning and middle-class borrowers and taxpayers.

5. Again, I agree with the premise, while disagreeing with the implied solutions, i.e the status quo.

Those implied solutions would maintain or even increase the number of dollars taken from the private sector and delivered to the federal government for destruction.

In her piece, Rampell argues that “in the new year, under a new president, Democrats should remember their obligation to aim their fiscal firepower at those who need it most.”

There are many effective ways to boost the economy and support struggling households during the current crisis.

Repealing the SALT cap or offering blanket debt cancellation are expensive, regressive polices, offer little bang for the buck, and most certainly do not qualify.

I disagree that encouraging and enabling college attendance offers “little bang for the buck.”

I especially disagree, because the federal government creates “the buck” from thin air, at no cost to anyone. So any “bang” that reduces the number of dollars taken from the private sector has overall benefit.

Still, there lingers the legitimate concern about benefitting the rich more than the middle and the poor, and I suggest that this concern can be mitigated in several ways:

A. The federal government can and should give significant per-capita stimulus dollars to each state, enough to reduce each state’s need for taxes. State taxes generally are regressive.

B. The federal government can and should provide significant financial support for grades pre-K-12, which currently receive massive amounts of regressive state tax dollars.

C. The federal government can and should begin to fund other state financial initiatives such as local roads, sewage, garbage, police, fire, parks, etc. The goal would be to substitute free Monetarily Sovereign, federal dollars for expensive monetarily non-sovereign, state and local tax dollars.

D. The federal government can and should offer financial aid to renters, not only to home owners.

E. The federal government can and should implement Step #8 of the Ten Steps to Prosperity: Tax the very rich (the “.1%”) more, with higher progressive tax rates on all forms of income.

Of course, all of the above-mentioned programs could be scaled according to income, which instantly would eliminate Rampell’s objections. A problem with so much scaling is that it, like our income tax, effectively becomes rescaled by the rich and the devious.

Ultimately, the CRFB cannot resist inserting the Big Lie into its article:

“Importantly, these policies may boost economic activity in the short-term, but they will ultimately add to the debt and thus slow long-term economic growth.”

Since 1940, the fear-mongers have been claiming that the federal debt is a “ticking time bomb.” Meanwhile, the economy has grown from $40 billion to over $20 trillion, and the fake “time bomb” still awaits its detonation.

Some programs for aiding the poor also aid the middle- and upper middle-classes, thus actually widening some of the Gaps between the various income/wealth/power groups. There are several ways to mitigate this effect, including the use of income as a determinant for receipt of benefits.

Better, would be the implementation of the Ten Steps to Prosperity (below) which would stimulate the economy while narrowing the Gaps