Let us begin with the reminder that:

So when you hear that the U.S. Postal Service is running short of money, the reason is: Congress and the President want it to run short of money. There is no other reason.

The United States Postal Service has long been the most popular government agency. The last Gallup poll on the question found 74 percent of Americans rated it as excellent or good — as compared to 60 percent for NASA or 50 percent for the IRS.

Despite years of cash trouble (mainly the fault of Congress), most people like their good old mail carrier.

No federal agency can have “cash trouble” unless the federal government wishes it to have cash trouble.

Despite what you have been told by your elected liars in Washington, neither the Postal Service, nor Medicare, nor Social Security, nor the Supreme Court, nor the Congress, nor the White House, nor NASA, nor the CIA, nor the FBI, nor any other federal agency can run short of money unless that is what Congress and the President wants.

All federal agencies have available to them, the infinite money creation powers of the U.S. federal government.

Indeed, as I have written, this country could not function without the USPS. So it should come as no surprise that President Trump is taking the agency apart.

Jacob Bogage reports at The Washington Post that the USPS is facing huge problems under Louis DeJoy, a big Trump donor who was recently appointed postmaster general.

DeJoy supposedly wants it to run more like a business, and has implemented structural changes that have fouled up deliveries.

It’s yet another example of how Trump’s authoritarian rot is dissolving the American state — and raising the possibility of interference with the 2020 election.

It also is another example of how Trump invariably associates with bootlickers and other incompetents, and hires some of them to run America’s federal agencies. 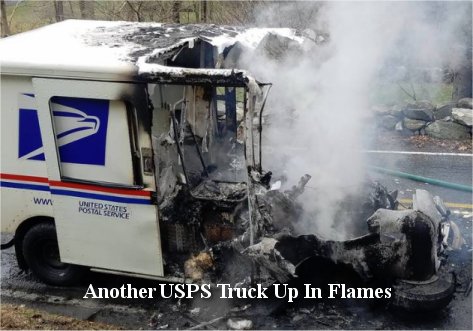 There is zero reason for the Postal Service, or any other federal agency, to run like a business.

The foundation of a business is income and profits. Businesses cannot operate without them.

But federal agencies have no use of, or reason for, income or profits. The Postal Service, for instance, could deliver all the mail in America, without charging you a penny.

It even could deliver twice a day, including Sundays, and have everything arrive overnight, and not just mail, but packages, too, and still you wouldn’t have to pay for postage — if Congress and the President wanted you to have that service.

If you want to know why you have to pay for postage and other federal services, visit What is Gap Psychology? A brief explanation.

Let me start with some background.

As noted, the USPS has struggled since 2006, when Congress and President Bush imposed absurd pension requirements in the Postal Accountability and Enhancement Act.

As my colleague Jeff Spross writes, this required the agency to pre-fund its pension obligations over the next 75 years, and immediately knocked its budget into the red.

There used to jokes about Bush’s low intelligence until Trump came along. Suddenly, Bush looks like a genius,  but only by comparison with Trump. He still did some really foolish things.

The pension requirement is absurd for three reasons.

Bush’s sole purpose was to make the Postal Service so sick that he could privatize it. Privatization is one of the GOP’s and Trump’s many attempted ploys to reward the rich at the expense of the public.

As a result, the collapse in ordinary mail volume thanks to the coronavirus pandemic landed on an agency that was already struggling to keep its head above water.

More than half of its mail trucks are outdated Grumman Long Life Vehicle models, kept in service long past their planned retirement dates, and have an alarming habit of catching on fire.

They also have no air conditioning — as a result, hundreds of mail carriers have suffered heat exhaustion over the last few years, and some have even died of heatstroke.

If there is one thing Donald Trump has demonstrated he cares nothing about, it’s human life.

His treatment of children and families at our southern border, his numerous attempts to take health care from the poor, and his demand that states, counties, cities, and schools “open up,” despite the massive illness and death tolls from the highly contagious virus, is ample proof of his callous heartlessness.

Now, as the Post reports, the USPS has also seen a huge spike in demand for package delivery as people shop more online under quarantine, which has cushioned the blow somewhat.

But the agency is still reeling, and now the Trump administration is making the problems worse.

Congress authorized USPS to borrow $10 billion as part of a coronavirus relief package, but Treasury Secretary Steven Mnuchin is refusing to hand over the money until it turns over much of its operations to him. (This was not remotely stipulated in the law and is probably illegal.)

First, there is no reason for the Postal Service to borrow money, when Congress just as easily could have voted to give them money.

Second, Mnuchin, another of Trump’s incompetent suckups, has no reason for not handing over the money Congress authorized, except he has the power to do it, and Trump wants to punish the Postal Service for delivering Amazon mail.

Trump doesn’t care, so why not?

Meanwhile, DeJoy is pushing a lot of business consultant mumbo-jumbo on the agency.

Trump, meanwhile, has demanded the USPS quadruple its rates on packages.

As Trump proves every day, when an incompetent is assigned a job, the incompetent will do it poorly, if he does it at all.

He wants you to pay four times what you now pay for package delivery. There is no financial reason for this. It’s just another dopey Trump idea.

This betrays an alarming lack of understanding about what makes the USPS work.

Its primary advantage is daily, inexpensive service to almost every house and business in the country.

People will not turn to it if their mail is randomly delayed or lost, which is liable to happen if it is left behind, much less if it costs four times what it currently does.

Indeed, several cities are reporting severe problems with mail service of late. And limiting parking along the delivery route is simply bizarre — it could easily make the route take longer by forcing mail carriers to walk longer distances.

(It sounds very much like the plutocrat knee-jerk belief that the way to improve efficiency is to abuse one’s employees.)

Part of it is surely the Republican hatred of public services of any kind.

GOP dogma holds that government is bad by definition, and if there is a popular and successful agency, by God they will ruin it.

This, by the way, also is the belief of the Tea Party, which effectively has destroyed any competence or morality the GOP once may have had.

Part of it is just the general malicious incompetence that saturates every part of the Trump administration.

Part of it probably has to do with Trump’s feud with Jeff Bezos — he seems to think that by punishing the USPS he can hurt Amazon.

Everything is personal with Trump. Everything is about him. If he can hurt an “enemy” like Bezos, he will do it despite what happens to America.

As for rewards, there are few, and they go only to himself, to sycophants, and to Vladimir Putin.

But it’s also impossible not to notice that Trump has been screeching paranoid lies about voting by mail for the last few months, falsely portraying it as some kind of Democratic conspiracy to commit voter fraud.

The pandemic will surely still be raging come November, and people will therefore want to vote by mail if they can.

Indeed, the USPS is already warning people to submit their ballots early.

Trump or his toadies may be calculating that Democrats are more likely to vote by mail, therefore ruining mail delivery might mean enough ballots are lost or unable to be delivered in time to tip the election to Trump. 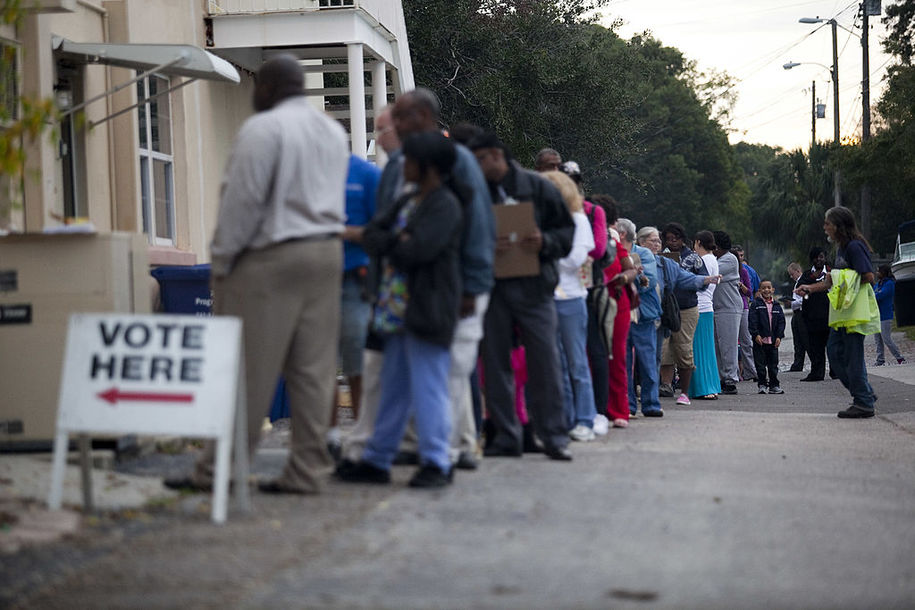 Trump, and the rest of the GOP, show us daily they will do anything to prevent the poor and people of color from voting.

When you see long lines standing in front of a voting location, you can be sure the line consists of poor black or brown people, seldom older white people, and definitely not rich people.

Trump’s lies about mail voting (which are to prepare us for claims of voter fraud when he loses) have become so inane that at one point he said mail-in ballots are ‘dishonest’ but in the same breath, said absentee ballots are ‘fine’ though they are exactly the same thing — and the entire Trump family votes via mail-in ballot.

However, it might actually boomerang on Trump and other Republican candidates, which have historically relied on mail-in ballots to drive turnout among their elderly voters.

Trump’s own campaign has a large absentee ballot operation, but Trump’s howling has apparently made his crackpot base leery of mail-in voting themselves — missing the intended message that mail-in voting is fraud only when Democrats do it.

And if the pandemic is bad enough, many older Republicans may not vote at all for fear of catching COVID-19.

Whatever the reason, it’s just one more potential accelerating catastrophe to add to the pile caused by Trump’s disastrous misrule.

The U.S. could not possibly have become a rich country without the connective social tissue of efficient mail service.

But it seems the president is determined to cause as much destruction on his way down as he can.

If Trump does nothing more and says nothing more, he already has proved he is the least competent, least intelligent, least honest, least effective President in American history.

He is supported by Trumpers who care only about preventing poor women from having abortions (rich women always can get abortions), rewarding the rich, punishing the poor, and heaping hatred on all but aged, white, domestically-born, poorly educated Christians.

But sadly, Trump won’t do and say nothing more.

He will continue to broadcast idiotic lies, and make mean-spirited decisions, to be lapped up by his few, remaining toadies. Being a psychopath, he can’t help himself.

Just three and a half more months to go. Can the U.S. Postal Service survive him? Can America survive him?

Sadly, in that brief time, the virus will take hundreds of thousands of us. So the real question is, can we the people survive him?