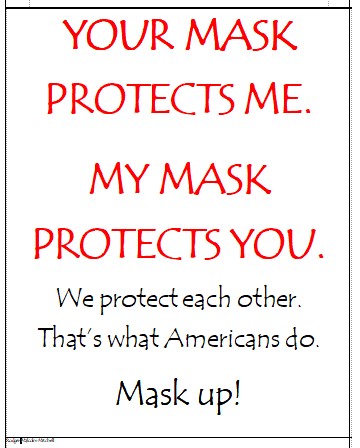 One thought on ““Mask up.” Suitable for printing, displaying, mailing, emailing, and texting”