To some, she is an extremist, even a kook. Trump would have one believe that she is too intense at wanting to help people in need, since he himself never feels that emotion.

Perhaps it is her aggressive manner. Perhaps because she is a woman, and not only a woman, but a woman of color with an alien background. 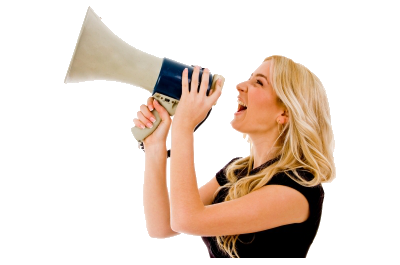 Or perhaps, because Donald Trump, who doesn’t have half her brains, fears her and so, tries to belittle her.

Or perhaps it simply is because she expresses “excessive” truth (Does that even exist?)

But for whatever reasons, I believe Alexandria Ocasio-Cortez doesn’t receive the respect she deserves:

‘Incrementalism Is Not Helpful in This Moment’: Ocasio-Cortez Rejects Settling for Crumbs in Next Covid-19 Stimulus
Posted on April 21, 2020 by Jerri-Lynn Scofield

AOC takes no prisoners in outlining what the next stimulus package must include: assistance for the vulnerable rather than massive bailouts for large companies. No wonder, Wall Street is financing a primary challenger, as The Intercept explains, WALL STREET TITANS FINANCE DEMOCRATIC PRIMARY CHALLENGER TO REP. ALEXANDRIA OCASIO-CORTEZ.

The rich don’t like her. That tells me much.

Rep. Alexandria Ocasio-Cortez, the only Democrat in Congress to oppose the previous multi-trillion-dollar coronavirus stimulus package, said during a conference call with progressive leaders Monday that communities across the U.S. cannot afford another incremental relief bill that delivers crumbs for the vulnerable and massive bailouts for big businesses.

She is 100% correct. So far, Congress has been “too-little, too-late” — the incrementalism she talks about.

Helping the rich is OK, but helping the rest is absolutely necessary.

“Incrementalism is not helpful in this moment,” said Ocasio-Cortez, a New York Democrat.

“It’s not helpful. For people to say: ‘Oh, well, we got something, so we might as well support it. You know, we got a nickel, a dime in a trillion-dollar bill so a nickel is more than nothing, so we should support it’ is unacceptable… It’s like putting a Band-Aid on an enormous wound.”

Yes, why are we being told to accept one penicillin pill when ten are needed?

When talking about saving the economy, “more than nothing” is not good enough. It simply means a five-year depression may last only four years.

We need “more than enough.”

As the legislation that Congress passed last month fails to deliver adequate relief to workers, the unemployed, and small businesses, progressive lawmakers and outside advocacy groups are pushing for the inclusion of a slate of priorities in the next major stimulus bill, including $2,000 monthly recurring payments and opening Medicare to the unemployed and uninsured.

But the Democratic leadership is at the moment focused on negotiating interim legislation that would provide additional funding for a flawed small business loan program and hospitals while leaving out money for states and cities, hazard pay for frontline workers, and other progressive demands.

Change the above to “the weak, hesitant Democratic leadership.” The Dems have everything going for them: An incompetent, crooked, vacillating President, with an incompetent, pusillanimous GOP, plus a massive disaster that the President helped cause, and what do the Dems do? Incrementalism. Disgraceful incrementalism.

Why are the Dems letting Trump off the hook, when this is the perfect time to set the hook? The people need you to fight for them at the top of your lungs, not offer timid compromises.

She won’t and your Representative shouldn’t.

The impetus of Monday’s call was to outline progressive priorities for what has been dubbed “Phase Four” of the federal government’s coronavirus relief effort, which has thus far been marred by dysfunction and legislative solutions that do not come close to matching the scale of the public health and economic crisis facing the United States.

“The vast majority of people have still not received any relief and bills are piling up,” Rep. Pramila Jayapal (D-Wash.), co-chair of the Congressional Progressive Caucus, said on the call. “If we’re going to climb out of this crisis, we need bold solutions.”

Echoing Ocasio-Cortez’s condemnation of incrementalism, the lawmakers and activists emphasized the urgency of the moment and called on the Democratic leadership to use the significant power they have to deliver a bill that—unlike the CARES Act—puts the needs of frontline workers, the unemployed, the uninsured, and other vulnerable groups ahead of corporate interests.

“Settling for less means that we lose lives,” said Tlaib.

Where is the screaming and shouting? Why do Trump and his toady GOP Congressman dominate TV? Why so few national broadcasts of Democrats who will tell it like it is, namely:

— Donald Trump is a lying, crooked, ignorant fool, unfit to be President, who blames the world for his own repeated screwups.

–The federal government has unlimited money. It needs to spend at least as much as the losses the economy is taking — and more if we actually wish to grow.

–And no, federal spending never has caused inflation, and never will cause inflation so long food and energy are not scarce.

–It’s the GOP that has prevented millions from having health care insurance, and now when insurance is needed most, people are dying from lack of health care.

Where are the loud voices when we need them?

Earlier this month, as Common Dreams reported, the Executive Board of the CPC outlined a number of demands for the next stimulus package.

The Progressive Caucus is demanding monthly $2,000 stimulus payments to all U.S. households, a nationwide moratorium on evictions and foreclosures, nationwide vote-by-mail, and a suspension of all consumer debt collection.

On the conference call Monday, participants stressed that relief must be made available to those who were neglected or entirely left out of previous bills, such as undocumented immigrants.

Whether the Democratic leadership is willing accept any of the progressives’ demands, and how quickly another massive stimulus package could come together, remains to be seen.

Yes, support undocumented immigrants. We now are learning that they are largely responsible for supplying us with our farm-grown food.

In a Dear Colleague letter on Saturday, House Speaker Nancy Pelosi (D-Calif.) wrote vaguely that as negotiations with the Trump administration over the interim legislation move forward, “we are working on CARES 2 to prepare for the path ahead to support the lives and livelihoods of the American people.”

“It is recognized that the key to opening our economy is testing, treatment, contact tracing, and quarantine,” said Pelosi. “It is self-evident that America’s heart is full of love. Let us be worthy of the American people’s generosity of spirit.”

Why not use this occasion to gain much-needed public support?

On the conference call, progressive lawmakers voiced frustration about the lack of transparency surrounding the interim bill, lamenting—like Ocasio-Cortez—that most of what they know about the legislation has come from news reports.

A typical Pelosi “I-know-better-than-you” system. Make it all public so the people can see what the GOP is hiding from them. Why play into Trump’s greedy, little hands?

Leah Greenberg, co-executive director of Indivisible, raised concern Monday that if Democratic leaders give Republican lawmakers and the Trump administration what they want in the interim legislation, progressives will “have less leverage for the coming fights.”

“We know that Republicans are taking advantage of this moment to shovel more money to big corporations. They are simply indifferent to the human suffering that is unfolding before our eyes,” said Greenberg. “That’s why it’s so critical that Democratic leadership use their leverage and the full power of the House to demand solutions that rise to the needs of the moment.”

Jayapal echoed Greenberg, saying the Progressive Caucus has “real concerns about giving away leverage now without getting some of the priorities that we need.”

“We have to recognize the urgency of the moment, the scale of the crisis,” said Jayapal. “We cannot just give away the things that Republicans want most when we know that they’re not going to fix the problem that is in front of us.

This moment will not come again. GOP incompetence, arrogance and favoring the rich, while the rest of us suffer and die. If the Dems don’t do it now, they never will win as a party.

And no one wants to vote for losers.

Obama health care guru has been right
His message about coronavirus: This will be over, but it’ll hurt
Inverview with Andy Slavitt, once-acting administrator at the Centers for Medicare and Medicaid, at the Department of Health & Human Services in Washington.
By Christopher Borrelli

Q: How much of our situation traces to a decline in the lack of trust and belief that many Americans, and the White House, have shown for science and expertise? 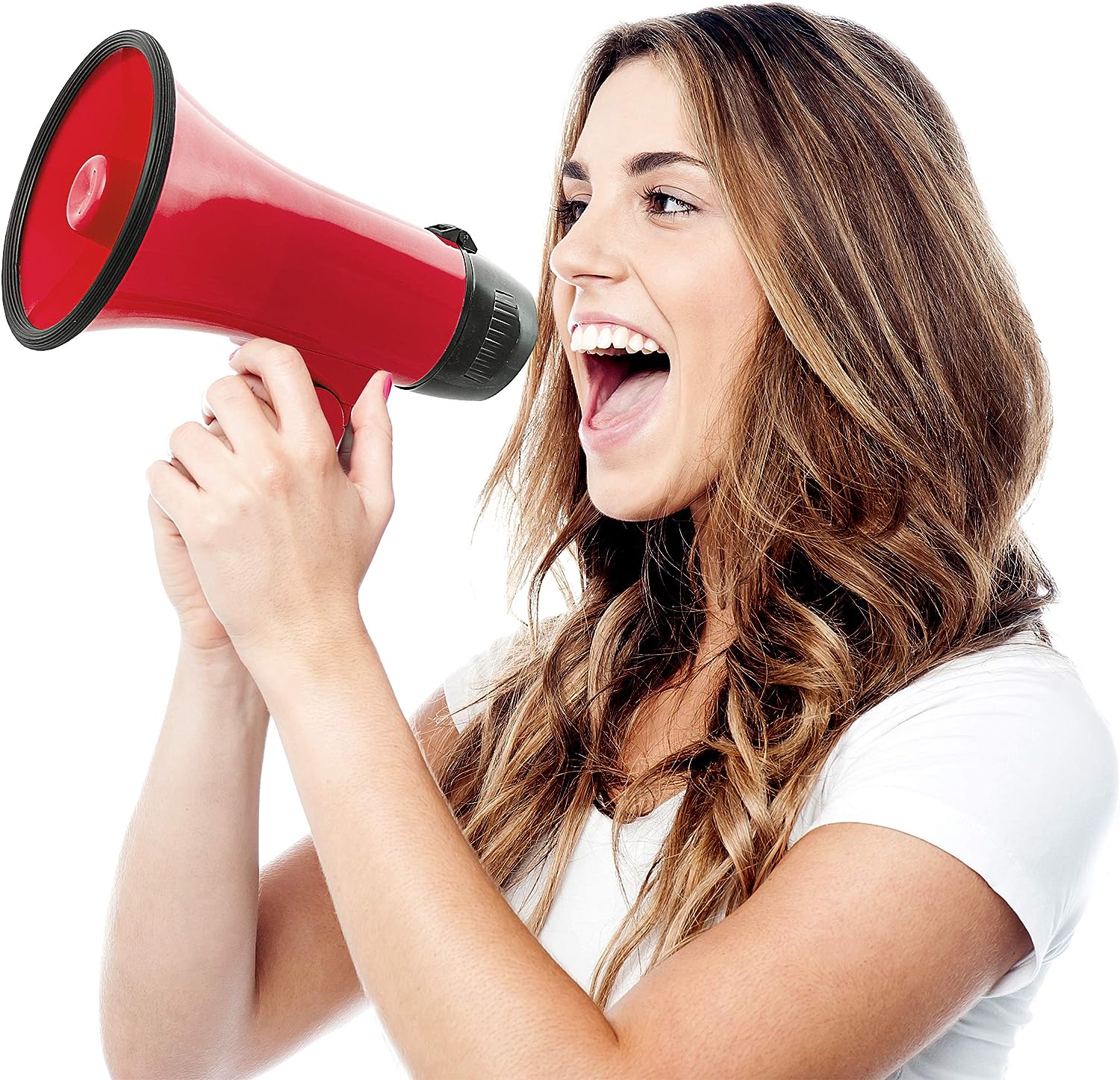 Even if you put aside the Trump administration getting rid of Obama’s pandemic-response team and defunding the CDC, the danger of starting late is you’re chasing something growing exponentially. You’re swimming after a speed boat.

There were two months while the rest of the world prepared, but CDC scientists felt hemmed based on this president’s reaction.

He didn’t understand or want to. As opposed to how a wartime president might have seen it — and this is war — he saw it as a reflection on him.

There’ll be time for historians to assign blame. But if he had paid as much attention to scientists as he had Wall Street, we’d be in a better place.

We’d be in a better place if the Dems weren’t so cautious and timid, and the entire GOP wasn’t sucking up to a psychopath. (For the technical criteria for a psychopath and why Trump matches them, click here.)

2 thoughts on “The Representative in Congress who speaks the facts. She probably is not yours.”