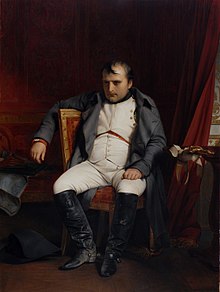 Donald Trump’s signature promise was to make America great, again. But what does “great” mean in that context?

If “great” means improving the lives of those who live here, especially the lives of those whose lives most need improvement — the poor and middle classes — Trump has worked fervently against that form on national greatness. He has tried to destroy healthcare for the poor, and his tax plan simply pushes the poor and middle farther behind the rich.

If “great” means a more honest, open society, Trump is the embodiment of dishonesty, a man who lies a dozen times before breakfast, and whose promises are broken the instant they leave his lips. (Example: Trump: I’ll Sign Any Immigration Bill Congress Sends Me, then one day later, ‘No. No. No.’ — Donald Trump Says He Won’t Sign DACA Deal Without Wall Funding)

We suggest that “great” is not achieved by a nation supporting bigotry against black,  brown, or gay people.

For you who continue to live with the fantasy that someone ignorant of government, someone morally corrupt, emotionally unstable, paranoid, vengeful, and incapable of focusing for more than a few minutes, is able to, or even wishes to, “make America great” (whatever that means), I offer this view from abroad:

The Guardian: World’s confidence in US leadership under Trump at new low, poll finds
Approval for US falls to 30% from 48% under Obama
‘Historic low’ of Gallup poll ‘sets a new bar for disapproval

Global confidence in US leadership has fallen to a new low, and the country now ranks below China in worldwide approval ratings, according to a new Gallup poll.

The survey of opinion in 134 countries showed a record collapse in approval for the US role in the world, from 48% under Obama to 30% after one year of Donald Trump – the lowest level Gallup has recorded since beginning its global leadership poll over a decade ago.

The result comes after a separate Gallup survey found that Trump reaches the first anniversary of his inauguration with the lowest average approval rating of any elected president in his first year.

Germany is now seen as a global leader by many more people (41% of the sample), with China in second place on 31%. Russia has 27% approval for its global role according to the poll.

In just under half of the world’s countries – 65 out of 134 – US standing collapsed, by 10 percentage points or more. Some of the biggest losses were among Washington’s closest allies in western Europe, Australia, and Latin America.

Germany is not the world leader in the minds of the world. China is second. Does this indicate Trump has now made “America great, again”?

As part of his “America First” policy, Trump took the US out several multilateral agreements on the grounds they did not serve national interests, including the proposed Trans-Pacific trade partnership and the Paris Climate Change accord.

He walked out of talks on a new trade and investment deal with Europe and has threatened to leave the North American Free Trade Agreement with Canada and Mexico.

“Our values around freedom, human dignity, the way people are treated – those are our values. Those are not our policies.”

Does conducting a war against news those news media that include criticism of Trump “make America great, again”?

Does Trump’s repeatedly disagreeing with, and undercutting his own advisors “make America great, again”?

Does the inherent selfishness and xenophobia of an “America first” policy “make America great, again”?

Tillerson is right about one thing: American values include “freedom, human dignity, and the way people are treated.” Does this describe the only person to whom Trump has given a pardon, the infamous Sheriff Joe Arpaio?

Does “freedom, human dignity and the way people are treated” describe Trump’s treatment of immigrants from dark-skinned countries, or his actions against the poor and middle-classes, or his groping of women?

Every country has a reservoir or mean-spirited, selfish, hate-filled bigots, who offer so little to the world, they derive self-respect by dumping on the less fortunate. In them, Trump has found willing and eager acolytes.

With all his lies and broken promises, Trump has managed to break his most fundamental promise. He has not “made America great, again. “

Quite the opposite: He has done his best to turn America, the world’s beacon of freedom and human dignity,  into a barbaric, “shithole” country.

You know it. I know it. And apparently, now the whole world knows it.

One thought on “On making America great, again”