Donald Trump has been wrong about essentially everything he has touched.

He was, and still is, wrong about his bigotry, his treatment of undocumented immigrants, both before and after they cross the border. 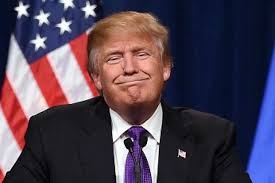 He has been wrong, at every step of the way, about his non-responses to the COVID-19 crisis.

He has been wrong in his personal life, with his cheating on all three wives.

He was wrong about his  relationships with Jeffrey Epstein and his adolescents. He was wrong to wish Epstein’s rape assistant “well.”

He was wrong to offer bribes to foreign countries if they would interfere with U.S. elections.

He was wrong about:

–climate change
–coal and oil pollution
–bribing someone to take his SATs
–draft-dodging with fake bone-spurs
–cheating the workers who built his casinos
–managing the casinos into bankruptcy
–cheating his creditors
–Roger Stone’s commutation
–his many criminal associates
–Trump Airline
–Trump Vodka
–Trump University
–Trump Foundation
–his flagrant nepotism
–Trying to get the British Open for his Turnberry Resort
–other violations of the Emoluments Clause of the Constitution
–20,000 lies to cover it all up.

He was wrong about all the incompetent boot-lickers he hired and fired to run the government.

Donald Trump has been wrong about almost everything he has touched.

But he is right about this:

Republican officials and the White House reportedly can’t agree on “policy goals, budget parameters, or even deadlines,” when it comes to planning the next wave of COVID-19 relief, the Post writes.

And when Sen. Tom Cotton (R-Ark.) pushed to spend money on what would win votes this fall, Sen. Ted Cruz (R-Texas) grew “incensed” at the idea of expanding the bill’s price tag, the Post continues — “What in the hell are we doing?” he reportedly asked.

Democrats have even more directly opposed a payroll tax cut, with Sen. Kamala Harris (D-Calif.) pointing out that it “doesn’t help those who aren’t on a payroll.”

That’s more than 17 million Americans as of the end of June — and they might also lose the extra $600 per week they’ve been getting on their unemployment benefits if Congress doesn’t renew the boost that expires at the end of July.

When asked if the end of the month deadline was within reach on Tuesday, Senate Majority Leader Mitch McConnell (R-Ky.) only laughed out a “no.”

The cynics among us will say that politicians only vote for things that will benefit themselves, so when GOP Sen Chuck Grassley argued that “voters wouldn’t notice the payroll tax cut in the massive bill, giving it no real electoral value,” that may have seemed like business-as-usual.

Believe it or not, there actually have been moments in American history when politicians voted for what’s right, despite populist headwinds. It’s that sort of breach from the politically expedient that separates a Lincoln or a Johnson, from a Bush II or a Trump.

That said, Grassley is wrong on the face of it.

Ted Cruz is the weakling who still is servile to Trump after Trump insulted Cruz’s father, wife and religion. Enough said.

Kamila Harris, who used to be smart, doesn’t know what she was talking about when she said a cut to FICA, “doesn’t help those who aren’t on a payroll.”

It absolutely does. It would help everyone in America, rich, poor, citizen, non-citizen, old, young, employed, unemployed — everyone. It helped in 2011 and 2012 when Obama cut the worker’s part of FICA from 6.2% to 4.2%.

It was called a tax “holiday,” as though taxing was normal and tax cuts were only a “holiday” from the normal. We never should have gone back off that “holiday.”

The elimination of FICA is Step #1 of the Ten Steps to Prosperity (see below).

FICA is the most regressive tax in America. It punishes the poor and the middle-income people, but is not directly paid by the wealthy.

FICA supposedly funds Social Security and Medicare — which it does not.

Federal taxes, unlike state and local taxes, do not fund anything.  They are destroyed upon receipt.

Even without anyone paying the FICA tax, Medicare and Social Security could go on indefinitely. In fact, no one even pretends Medicare Part B is funded by FICA.

The Federal government uniquely is Monetarily Sovereign. It creates new dollars to pay for all its spending.

Even if the federal government didn’t collect a single penny in taxes, it still could continue spending, forever.

A growing economy requires a growing supply of money. An economy cannot grow when the money supply shrinks. Thus, to grow the economy and to prevent recessions and depressions, the money supply must increase.

But every dollar paid into FICA is a dollar lost by the economy.  So cutting FICA would help grow the economy and so, stave off recession or depression.

It’s a miracle that the GOP leaders are unable to connect the dots and understand that cutting FICA will help them gain votes.

Ever since the incredibly brainless “Tea Party” managed to infect the Republicans, the GOP has been the party of the mean-spirited, the pro-rich, and the stupid.

So it is striking that the least intelligent Republican of all can see the truth standing in front of him, while the rest of the party csnnot.

Republicans are so paralyzed by the Tea Party’s hatred of the non-rich and deficit spending, that they all will cover their ears and essentially scream “La, la, la. I can’t hear you.”

By backing Trump during his well-deserved impeachment and during the numerous times he has been wrong, and then not backing him the one time he is right, the GOP will commit electoral suicide.

For the party that “can’t agree on policy goals, budget parameters, or even deadlines,” that too will be well-deserved.

There is a penalty for ignorance, and the GOP is well into the process of paying that penalty.

Politically, if not patriotically, the Democrats should follow Napoleon’s advice: “Never interfere with the enemy when he is in the process of destroying himself.”