They all receive their information and beliefs from right-wing-owned media and social media. They trust conspiracy theories more than actual data.  They learn by rumor. They lack compassion for others. And many die from or for their beliefs.

Anti-vaxxers: The November 19 edition of Science News contained an article about Louis Pasteur, “the father of microbiology.” The article included the following excerpts:

Pasteur not only made milk safe to drink, but also rescued the beer and wine industry.

He established the germ theory of disease, saved the French silkworm population, confronted the scourges of anthrax and rabies, and transformed the curiosity of vaccination against smallpox into a general strategy for treating and preventing human diseases.

He invented microbiology and established the foundations for immunology.

Vaccination, of course, had been invented eight decades earlier, when British physician Edward Jenner protected people from smallpox by first exposing them to cowpox, a similar disease acquired from cows.

He decided to grow the disease-causing agent in living tissue — the spinal cords of rabbits. He used dried-out strips of spinal cord from infected rabbits to vaccinate other animals that then survived rabies injections. 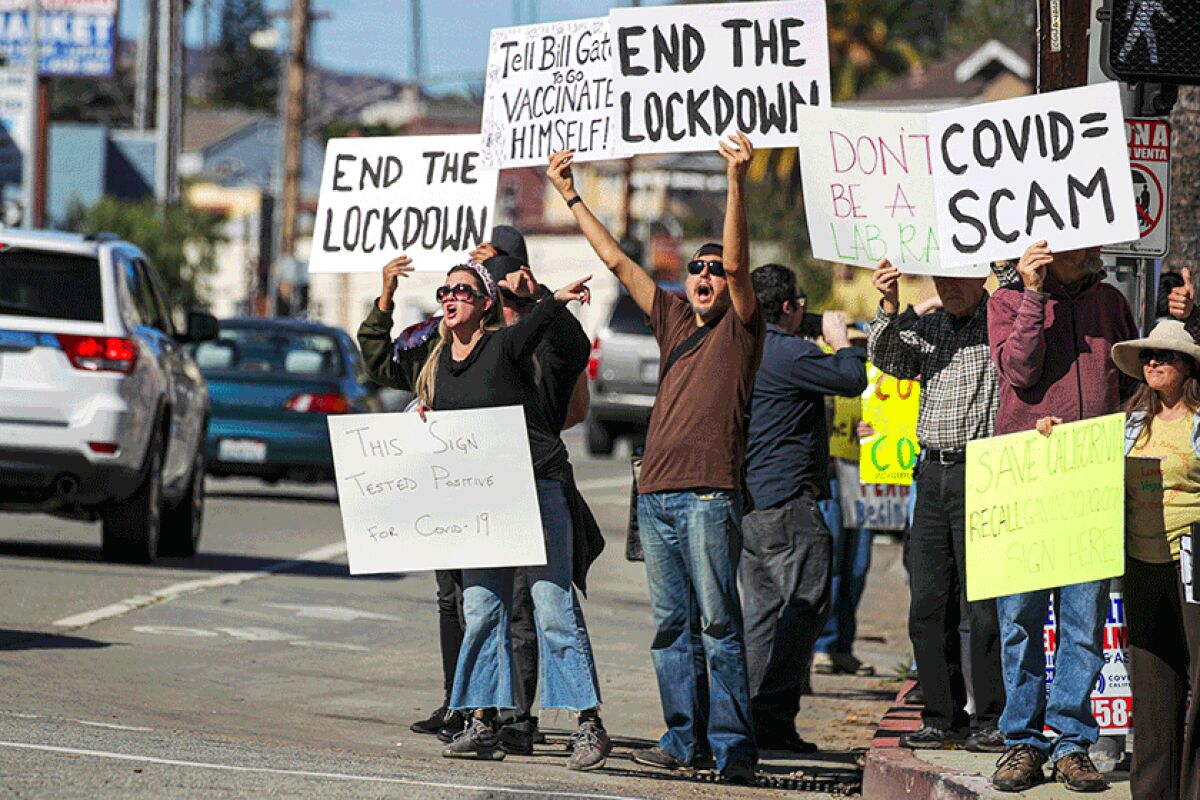 In 1885 when a mother brought to his lab a 9-year-old boy who had been badly bitten by a rabid dog, Pasteur agreed to administer the new vaccine.

After a series of injections, the boy recovered fully.

Soon more requests came for the rabies vaccine, and by early the next year over 300 rabies patients had received the vaccine and survived, with only one death among them.

Popularly hailed as a hero, Pasteur was also vilified by some hostile doctors. Vaccine opponents complained that his vaccine was an untested method that might itself cause death.

Two hundred years after his birth, ignorance and war remain perniciously prominent, as ineradicable as the microbes that continue to threaten public health, with the virus causing COVID-19 the latest conspicuous example.

Vaccines, though, have substantially reduced the risks from COVID-19, extending the record of successful vaccines that have already tamed not only smallpox and rabies, but also polio, measles and a host of other once deadly maladies.

Yet even though vaccines have saved countless millions of lives, some politicians and so-called scientists who deny or ignore overwhelming evidence continue to condemn vaccines as more dangerous than the diseases they prevent.

True, some vaccines can induce bad reactions, even fatal in a few cases out of millions of vaccinations.

But shunning vaccines today, as advocated in artificially amplified social media outrage, is like refusing to eat because some people choke to death on sandwiches.

The website “Notable Anti-Vaxxers Who Have Died From COVID-19”, lists just a handful of the many thousands who denied the efficacy of vaccination and paid for their denial with their lives.

They had what they claimed to be “good” reasons for not vaxxing, but they denied the clear facts.

They claimed not to trust an “unproven” drug that had millions of success stories but instead trusted unproven conspiracy theorists who had no successes.

By failing to vaccinate, they helped spread the disease among all those with whom they came into contact. This did not concern them.

Relatives of the anti-vaxxers are the anti-maskers. The primary purpose of masks is to help prevent COVID from drifting to others. It’s why surgeons and nurses wear masks in operating rooms — not to protect themselves, but to protect patients.

Anti-maskers do not care about protecting others. They want their “freedom.” This selfishness is personified by such as Gov. Ron DeSantis, who never shows concern for COVID victims, but only for people who must “suffer the hardship” of wearing a mask. To him, protecting others is a hardship that impinges of freedom.

To support the lie, he promulgates the myth that masks don’t work. One wonders whether he would feel comfortable being operated on by a surgical team that goes maskless.

Anti-vaxers and anti-makers are similar to QAnon believers, in that both groups blindly accept the words of unreliable sources.

The more outrageous (even hilarious) the claims, the more fervently they are believed.

For example, here is the utter nonsense, invented out of whole cloth, that the brainless not only believe but promulgate:

The core QAnon theory is that a cabal of Satanic, cannibalistic sexual abusers of children operating a global child sex trafficking ring conspired against former U.S. President Donald Trump during his term in office.

Followers of the conspiracy theorists say that the Trump administration secretly fought the cabal of pedophiles, and would conduct mass arrests and executions of thousands of cabal members on a day known as “the Storm” or “the Event”.

QAnon has also claimed that Trump stimulated the conspiracy of Russian interference in the 2016 U.S. presidential election to enlist Robert Mueller to join him in exposing the sex trafficking ring, and to prevent a coup d’état by Barack Obama, Hillary Clinton, and George Soros.

QAnon is described as antisemitic or rooted in antisemitic tropes, due to its fixation on Jewish financier George Soros and conspiracy theories about the Rothschild family, and the myth that Jews harvest the blood of children for ritual.

Unlike the anti-vaxxers, the QAnons have not been killed by their beliefs. They merely have lost years of their lives wandering in the diseased labyrinth of misinformation — years they never will recover.

They also had no concern for the people their bigotry would hurt, the millions of people they want to be arrested and executed because of their mythical “cabal” identification.

In a similar vein, coup deniers will not accept what their eyes tell them.

Rep. Andrew Clyde, R-Ga.: “Watching the TV footage of those who entered the Capitol and walked through Statuary Hall, showed people in an orderly fashion in between the stanchions and ropes taking pictures.

“If you didn’t know the footage was from January 6, you would actually think it was a normal tourist visit.”

And people actually believed him.

Hundreds of coup participants now have lost their freedom, their jobs, and their friends because of their beliefs. To rot in a jail cell, your reputation gone, and eventually to realize you have been taken by a con artist, must be a terrible fate. Whether it will be a lesson learned still remains a question.

The fact that the many millions more who voted for Biden than voted for Trump would have had their votes invalidated did not bother the rioters, whose only concern was the happiness of one man.

Then there are the MAGAs:

Surveys of hundreds of fervent Trump voters, whom researchers refer to as Make American Great Again (MAGA) supporters, reveal strong beliefs that the election was stolen; that COVID-19 is a bioweapon from China; and that the riot was the work of Antifa.

Why do they believe? Not because of any facts, which repeatedly demonstrate the lie, but rather because:

They do not care about people of color, women or immigrants. They care only about themselves.

So they send Donald Trump, the billionaire, their money — dollars that could have been put to good purpose; dollars for which they worked much harder than Trump did — and they see those dollars used to defend a criminal against justice.

Finally, we come to the pro-gunners. They consistently vote against any restrictions on gun ownership.

They claim to believe in the incredibly brainless proposition that giving everyone easily obtainable guns, including high-powered, exceptionally lethal guns, makes America safer.

Not only does this deny all data, but common sense, too. The notion that “guns-for-all” makes us safer it is illogical on its face. Statistics show that if you own a gun you are more likely to be shot than if you didn’t own a gun.

Most American gun owners say they own firearms to protect themselves and their loved ones, but a study published this week suggests people who live with handgun owners are shot to death at a higher rate than those who don’t have such weapons at home.

“We found zero evidence of any kind of protective effects” from living in a home with a handgun, said David Studdert, a Stanford University researcher who was the lead author of the Annals of Internal Medicine study.

The study followed nearly 600,000 Californians who did not own handguns but began living in homes with handguns between October 2004 and December 2016, either because they started living with someone who owned one or because someone in their household bought one.

Living with a handgun owner particularly increased the risk of being shot to death in a domestic violence incident, and it did not provide any protection against being killed at home by a stranger, the researchers found.

The pro-gunners don’t care about the lost lives and health due to the continual shootings, so long as guns remain available for hunting and personal use.

Believing conspiracy theories can be hazardous to your health. Believers are more likely to waste years of their lives, be injured, or die from their beliefs.

People who are more susceptible to myths and tales fall into several categories:

We do not have laws against cruel stupidity. In the land of the free, even such as Herschel Walker can walk the streets, mouth ignorance, lie with impunity, and still attract votes from his peers

The “messiness” of democracy is simultaneously its weakness and its strength. The genius and the fool each have one vote. But I sure wish the voting public was at least a little bit smarter.