We could have begun each answer with the words, “Contrary to popular wisdom . . .” for much of economics differs from what you, the public, are being told. 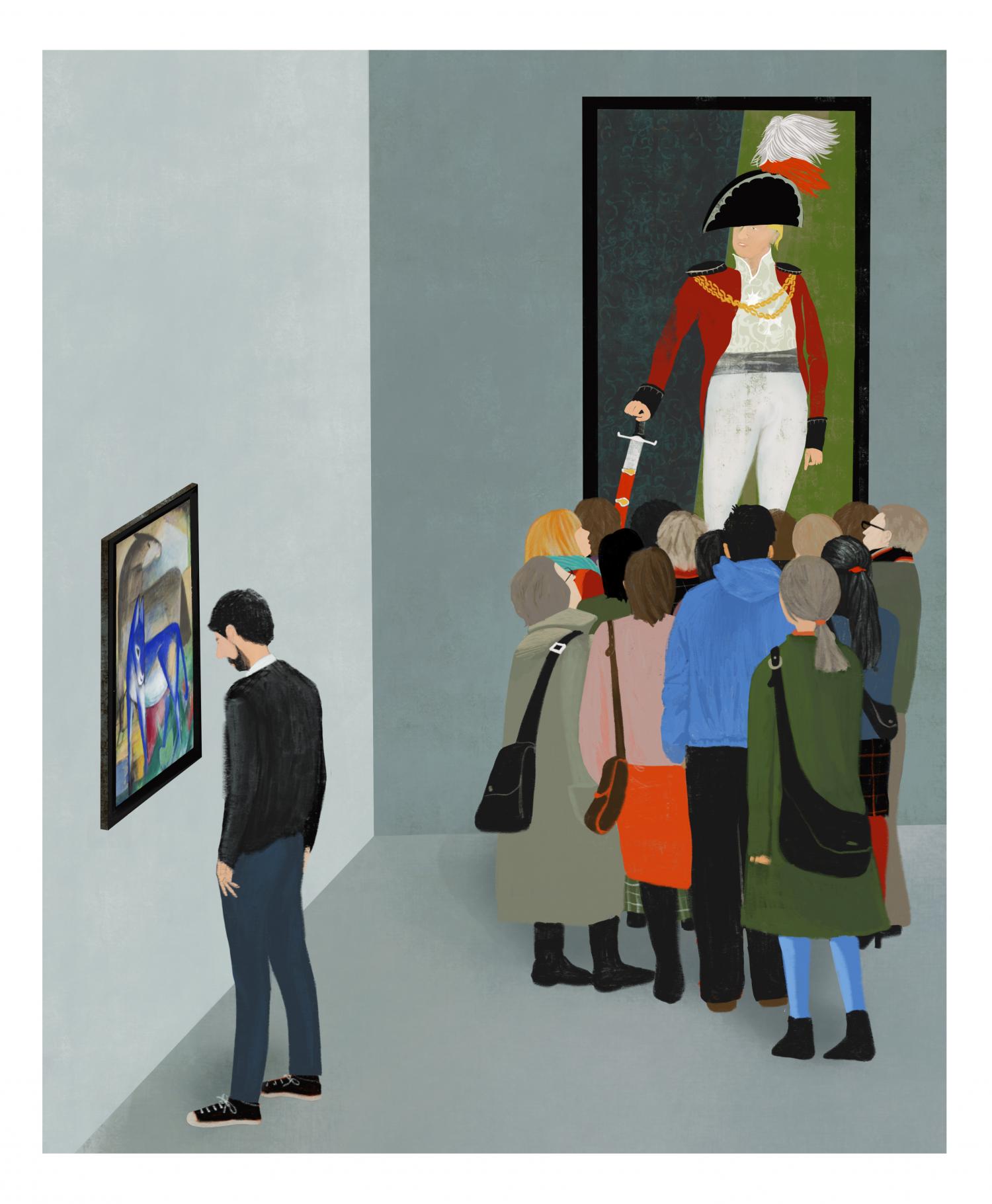 The federal government uniquely is Monetarily Sovereign. It invented and rules all the laws that create and regulate its sovereign currency, the U.S. dollar.

If ever you have attempted to explain (or understand) Monetary Sovereignty, you probably have encountered these 10 questions:

1. “Is federal debt unsustainable? (I.e., can we continue running deficits forever. If you and I need to live within our means, must the federal government live within its means?)

A Monetarily Sovereign government never can run short of its own sovereign currency, so it has no “means” to live within.

The very act of paying its bills is the method by which the government creates new dollars. To pay a creditor, the federal government sends instructions (in the form of a check or a wire) to the creditor’s bank, instructing the creditor to increase the balance in the creditor’s checking account.

The moment the bank does as instructed, brand new dollars are created and added to the money supply called “M1.” No tax dollars are involved.

There are two ways dollars are created and two ways they are destroyed:

Dollars Are Created By:
A. Federal bill paying
B. All forms of dollar lending

Dollars Are Destroyed By:
A. Federal Taxing
B. Repayment of loans

There are two primary reasons: 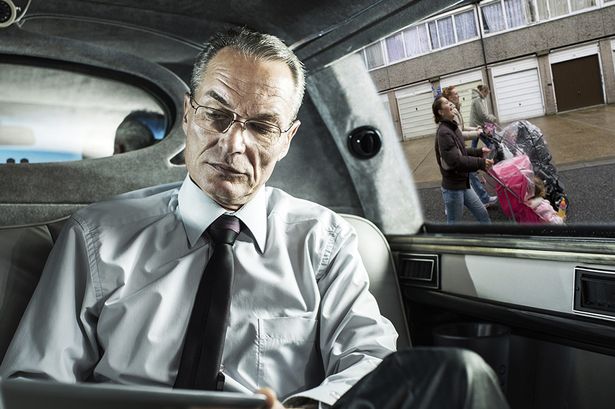 B. To fool the public. The very rich, who run the government, want the 99% to believe federal spending must be limited. This discourages the populace from asking for benefits and thereby widens the gap between the rich and the rest.

(The Gap is what makes the rich rich. Without the Gap, no one would be rich; we all would be the same. The wider the Gap, the richer they are.)

Unlike state and local governments, the federal government doesn’t need to borrow, and indeed, it doesn’t borrow. The misnamed federal “borrowing” and “debt” is the total of deposits into T-security accounts.

When you buy a T-bill (or T-note or T-bond), you instruct your bank to take dollars from your checking account and deposit them into your T-bill account.

Because the federal government has no need for your dollars, it simply leaves your dollars in your account until your T-bill matures. It even adds dollars in the form of interest.

4. If the federal government doesn’t need to borrow, why does it issue T-bills, T-notes, and T-bonds?

The purpose of T-securities accounts is not to acquire spending money. The purposes are to:

A. Provide a safe place for dollar-users to hold dollars. This safe-haven availability increases the demand for dollars and stabilizes the dollar.

B. To help the Fed control interest rates.

5. “If we just print money won’t we be like Zimbabwe and Argentina?”

Those sick economies not only have dysfunctional governments, but are in the midst of hyper-inflations, which are caused by shortages, most often shortages of food.

In fact, all hyperinflations are caused by shortages. Money “printing” is a wrong-headed government response to hyperinflations, much like pouring gasoline on a car fire.

Government money “printing” is a response to hyper-inflations, not a cause.

All three of the above variables add dollars to the economy, which is necessary for economic growth.

Not only do decreases in deficit growth lead to recessions, but federal surpluses lead to depressions:

It functionally is impossible to grow an economy while reducing the money supply. This would be like trying to cure anemia by applying leeches.

6. If federal “debt” growth is economically beneficial, why is my state (or county, or city) broke?

Your state, county, or city are broke because their outgo exceeds their income, and they cannot create dollars at will, the way the federal government can.

7. So why doesn’t the federal government merely give everyone a million dollars and make us all rich?

“The Ten Steps to Prosperity,” recommends that the federal government give more money to Americans (via deficit spending) than it currently does.

There, of course, is a limit.

The limit to federal deficit spending is an inflation that cannot be managed via interest rate control.

The formula for the Demand for dollars is: Demand=Reward/Risk. The government increases the Reward for owning dollars by raising interest rates. That is why raising rates is said to “strengthen” the dollar.

In short, the government should give more dollars and dollar-denominated benefits to the people. This would grow the GDP and narrow the Gap, so long as the Fed can control inflation by increasing the Demand for dollars.

8. Which is better for the U.S. economy: Exports or imports?

Imports of goods and services have more value to the U.S. economy than do exports.

Exports of goods and services actually means “importing dollars in exchange for labor and scarce materials.” But because our Monetarily Sovereign nation has the unlimited ability to create dollars, importing dollars has no value to the nation as a whole.

9. Are illegal aliens a danger to, and a burden on, America?

This question usually devolves to several concerns, none of which have anything to do with the legal status of immigrants.

Concern 2. Illegal aliens don’t work and don’t pay taxes, but use our benefits. This too has been shown to be questionable. These people made the hazardous trip to the U.S. in order to create better lives for their children and themselves. Though the federal government doesn’t need tax dollars, illegal immigrants tend to be hard-working, tax-paying people, who often are precluded from using most social services.

Concern 3. Illegal aliens bring drugs. The vast majority of drug smuggling is not done by illegal aliens. Drugs come in through legal entrances, via boats, trains, trucks, buses, and cars, rather than via the piddling amounts mothers and children could sneak through.

Concern 4. Illegal aliens steal jobs from American citizens. These people are consumers, who via their spending, actually create jobs. They themselves accept the lowest paid, most physically difficult jobs, that are not popular with U.S. citizens.

On balance, illegal aliens provide a huge benefit to the U.S., by being highly motivated to succeed, and by purchasing products and services from American businesses.

10. Even if the federal government never can run short of dollars, and can afford Medicare for All, won’t we run out of resources, like doctors, hospitals, and medicines?

We address this question in “A concern about ‘Medicare for All.'” Briefly summarizing that article:

A. Every major change, from cars, to phones, to planes, and to high-rise buildings leads to shortages of labor and materials that previously were not used.  Medicare itself created a shortage of medical personnel, so today hospitals all over the country have been expanding to provide more services.

B. Personnel shortages lead to higher pay which draws more people into the profession.

In summary, everyone has strong intuitions about economics, though economics realities are not intuitive. The reason is: Our federal government is Monetarily Sovereign, which is very unlike the personal experiences of the populace.

The people have been given the mistaken belief that federal finances are like personal, state, and local finances.

The above questions illustrate the common misunderstandings about our nation’s economy.

Ten Steps To Prosperity:
1. Eliminate FICA
2. Federally funded medicare — parts a, b & d, plus long-term care — for everyone
3. Provide a monthly economic bonus to every man, woman and child in America (similar to social security for all)
4. Free education (including post-grad) for everyone
5. Salary for attending school
6. Eliminate federal taxes on business
7. Increase the standard income tax deduction, annually.
8. Tax the very rich (the “.1%) more, with higher progressive tax rates on all forms of income.
9. Federal ownership of all banks
10. Increase federal spending on the myriad initiatives that benefit America’s 99.9%

3 thoughts on “Ten answers that are contrary to popular wisdom”