One thing that confuses those who are not familiar with Monetary Sovereignty, is the fact that federal tax dollars, rather than being used to fund spending, are destroyed upon receipt.

It may be hard for you to imagine those dollars you work so hard to obtain, are of no use to the federal government and so, are destroyed.

The Treasury either does or does not destroy your tax dollars, and both statements are true, and it doesn’t make any difference.

Now that I’ve confused you, let me try to clarify.

In earlier posts, I’ve compared the federal government to the Bank in the board game, Monopoly®.

Monopoly generally involves four players plus a “Bank.” The Bank, like the federal government, is Monetarily Sovereign. That is, by rule, it never needs to run short of dollars.

To play the game, participants buy and sell Monopoly real estate and charge rent on the properties they buy. The player gaining the most Monopoly dollars wins. 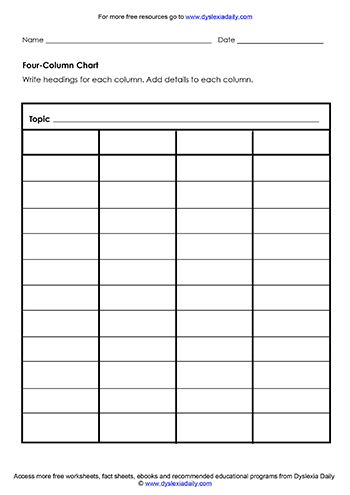 The purpose of the Bank is to provide the money for the game and to sell the real estate properties to the players. Consider the Bank a corollary to the U.S. Treasury.

Imagine that you and three friends wish to play Monopoly, but when you open the box you discover the board, some game tokens, and some instruction cards, but no Monopoly dollars inside.

No problem. You simply take a sheet of paper and draw four columns, one for each player. The Bank then provides each player with a given amount of Monopoly money, say 5,000 Monopoly dollars, by writing the number “5000” at the top of each column.

Thus, the total Monopoly “economy” would consist of 20,000 Monopoly dollars.

As the game is played, the players periodically receive 200 Monopoly dollars from the Bank, for passing one square on the board, called “Go.”

Each time a player receives or pays money, that amount is added to his column.

Like the U.S. federal government, the Bank creates dollars out of thin air, simply by writing numbers into each player’s column. The Bank has no source of dollars other than the rules of the game.

The Bank needs neither to borrow nor to tax. It obtains dollars by creating dollars.

At various points in the game, the rules require players to pay money to the Bank, either for properties, for fines or for taxes.

But where does the 100 go? The Bank has no column. The 100 simply disappears. In effect, those tax dollars have been destroyed.

Of course, if that bothers players who are accustomed to double-entry accounting, they simply could give the Bank a column of its own, and the 100 tax dollars could be added to the Bank’s column.

But it would make no difference whether of not the Bank has a column. The Bank is not part of the “economy.” And since the Bank has the unlimited ability to create Monopoly dollars from thin air, there is no way to determine how much money the Bank “has” at any moment in time.

Whether or not the Bank has its own column, this would not have any effect on the Bank’s ability to pay players whatever it owes them.

No matter how many dollars are shown in The Bank’s column, The Bank can be said to have zero dollars or infinite dollars.

Thus, when a player sends tax dollars to the Bank, this does not affect how many dollars the Bank has available to spend. Taxes do not fund the Bank’s spending.

So, like the Monopoly Bank, the Treasury and Federal Reserve can be said to have zero dollars, or infinite dollars — and the tax dollars you send to the Treasury have no effect on how many dollars the government has available to spend. Taxes do not fund federal spending.

So take your pick. The U.S. Treasury either does or does not destroy the tax dollars you send it, and in either case, these tax dollars affect nothing. Whether or not the Treasury receives tax dollars, the federal govenment can continue to pay its bills, forever.

If the Treasury’s balance sheet is irrelevant, and federal tax dollars don’t fund federal spending, why do we pay taxes?

In short, you pay tax dollars to the U.S. Treasury, which neither needs, nor uses those dollars. Though the government keeps track of the dollars in balance sheets, the dollars do not affect the government’s ability to spend.

So do these dollars, which have no value and are not part of the money supply,  actually exist, or have they been destroyed?

The question is one of semantics, having no economic purpose. I vote for “destroyed,” but if you want to say these meaningless numbers exist  as dollars, I won’t quibble.

•Any monetarily NON-sovereign government — be it city, county, state or nation — that runs an ongoing trade deficit, eventually will run out of money no matter how much it taxes its citizens.

•The more federal budgets are cut and taxes increased, the weaker an economy becomes..

•No nation can tax itself into prosperity, nor grow without money growth.

•Cutting federal deficits to grow the economy is like applying leeches to cure anemia.

•The single most important problem in economics is the Gap between the rich and the rest.

•Austerity is the government’s method for widening the Gap between the rich and the rest.

•Everything in economics devolves to motive, and the motive is the Gap between the rich and the rest..

11 thoughts on “Does the U.S. Treasury really destroy your tax dollars? The Monopoly® answer.”