Question: Which is the greater danger to America and your freedoms: Protesters against bigotry and police brutality, or a dictator aided by a brutal military?

Lest you believe that for some unknown reason, America is immune to the horrors of a dictatorship, that also is what Chileans believed.

Here is what happened in Chile

The military dictatorship of Chile was a right-wing authoritarian military regime that ruled Chile for seventeen years, between September 11, 1973 and March 11, 1990.

The coup was the result of multiple forces, including pressure from conservative and women’s groups, certain political parties, union strikes and other domestic unrest.

The dictatorship was established after the democratically-elected socialist government of Salvador Allende was overthrown in a US-backed coup d’état on 11 September 1973.

During this time, the country was ruled by a military junta headed by General Augusto Pinochet. The military used the alleged breakdown of democracy and the economic crisis that took place during Allende’s presidency to justify its seizure of power.

The regime was characterized by the systematic suppression of political parties and the persecution of dissidents to an extent unprecedented in the history of Chile.

Overall, the regime left over 3,000 dead or missing, tortured tens of thousands of prisoners, and drove an estimated 200,000 Chileans into exile.

The Chilean dictatorship was at first supported by many Chileans — conservative groups, women’s groups, political parties, and domestic unrest. Only when they were trapped did they come to rue their support.

Keep all of the above in mind as you consider the situation in the U.S.:

The Wall Street Journal reported Wednesday, citing people familiar with the conference call. Some of the people on the call reportedly were alarmed by the unusual suggestion of charging rioters with insurrection.

Barr also reportedly asked the Justice Department’s civil rights division whether Seattle Mayor Jenny Durkan could be criminally charged for letting people establish a police-free protest zone in the city this summer. Durkan, a Democrat President Trump has criticized, called the suggestion of criminal charges “chilling” and an abuse of power.

Trump and Barr are avid defenders of the Constitution, so long as their support is limited to the current translation of the 2nd Amendment.

As for other parts of the Constitution, not so much. They want to prosecute protesters as traitors to America. The purpose: To chill all protests.

This makes Attorney General Barr, the purported defender of the Constitution, America’s biggest legal threat to our Constitutional rights.

When law enforcement forcibly cleared protesters from Lafayette Square to make room for trump’s photo-op at St. John’s church, federal officials began to stockpile ammunition and seek devices that could emit deafening sounds and make anyone within range feel like their skin is on fire. 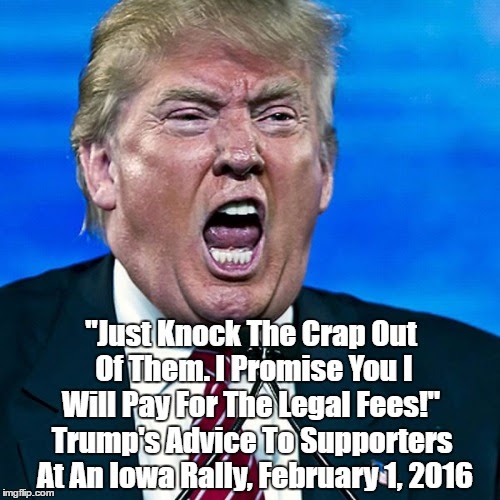 There have been questions about whether the heat ray weapon worked, or should be deployed in the first place. It uses millimeter wave technology to essentially heat the skin of people targeted by its invisible ray.

The lead military police officer in the National Capital Region wrote the ADS device “can provide our troops a capacity they currently do not have, the ability to reach out and engage potential adversaries.”

Pentagon officials were reluctant to use the heat ray device in Iraq.

In late 2018, the Trump administration had weighed using the device on migrants at the U.S.-Mexico border — an idea shot down by Kirstjen Nielsen, then the Homeland Security secretary, citing humanitarian concerns.

Excessive Force Used Against Protesters Outside White House, Guard Commander Claims
Crowds were peaceful when Park Police began to aggressively clear them from the area ahead of President Donald Trump’s speech at St. John’s Episcopal Church, according to Maj. Adam DeMarco.

“From my observation, those demonstrators — our fellow American citizens — were engaged in the peaceful expression of their First Amendment rights,” DeMarco said in his statement. “Yet they were subjected to an unprovoked escalation and excessive use of force.”

“The Park Police was facing what they considered to be a very rowdy and non-compliant crowd,” he said during the interview. “And there were projectiles being hurled at the police.”

“General Milley told me to ensure that National Guard personnel remained calm, adding that we were there to respect the demonstrators’ First Amendment rights.”

At approximately 6:30 p.m., Park Police, led by Civil Disturbance Units and horse-mounted officers, were joined by Secret Service and other law enforcement personnel as they began the clearing operation, DeMarco said.

“I heard explosions and saw smoke being used to disperse the protesters,” he said in his statement. “I could feel irritation in my eyes and nose and, based on my previous exposure to tear gas in my training at West Point and later in my Army training, I recognized that irritation as effects consistent with CS or ‘tear gas.’ Later that evening, I found spent tear gas canisters on the street nearby.”

“As I walked behind the Civil Disturbance Units pushing westward on H Street, I also observed unidentified law enforcement personnel behind our National Guardsmen using ‘paintball-like’ weapons to discharge what I later learned to be ‘pepper balls’ into the crowd, as demonstrators continued to retreat.”

At around 7:05 p.m, DeMarco said he saw Trump walking onto H Street from Lafayette Square, near St. John’s Church, accompanied by his security detail.

“Having served in a combat zone, and understanding how to assess threat environments, at no time did I feel threatened by the protesters or assess them to be violent,” DeMarco said in the statement.

“In addition, considering the principles of proportionality of force and the fundamental strategy of graduated responses specific to civil disturbance operations, it was my observation that the use of force against demonstrators in the clearing operation was an unnecessary escalation of the use of force.”

And all this — the tear gas, the use of shields offensively, the consideration of a heat ray weapon and a deafening-sounds weapon — all this were used against peaceful demonstrators, just so Donald Trump could have a photo-op holding a bible.

Now imagine what horrors might have been committed had the demonstrators really been a threat to anyone or had Trump’s mission been more vital to American security than a photo-op.

In Barr, Trump has quasi-legal support for the notion that the President of the United States is a supreme, king-like figure whose power cannot be questioned, and whose crimes cannot be punished.

Ironies notwithstanding, the core analysis of his speech is a full-throated defense of the Unitary theory of executive power, which purports to be an Originalist view of the Founders’ intent.

This defense, however, reveals the two fundamental flaws of the Unitary view: first, that it is built on a fictional reading of constitutional design; and second, that its precepts attack the fundamental tenets of the checks and balances system that the Founders did create.

Barr’s speech begins with his complaint that presidential power has been weakened in recent decades by the “steady encroachment” of executive powers by the other branches.

No sane analysis of the Reagan era forward could buttress Barr’s ahistorical claim.

Barr claims that the Founders’ chief antagonist during the Revolutionary period was not the British monarchy but an overbearing Parliament. Had Barr bothered to consult the Declaration of Independence, he would have found the document to direct virtually all of its ire against “the present King of Great Britain.”

Barr dismisses the idea of inter-branch power-sharing as “mushy thinking.” Yet the essence of checks and balances is power-sharing.

Americans fought and died in the Revolutionary War to free us from the overbearing power of a king, which Barr now wishes to re-install. A “King Trump” would be just fine in Barr’s “unitary President” world.

Donald Trump vs. The Media: Who Will Win the War? | Analysis
by NEWSWEEK STAFF

Since Donald Trump took office as President of the United State he has consistently portrayed the media as a force for evil against him.

It began in his first press conference and has continued throughout. “Bashing media organizations may be Donald Trump’s most consistent hobby,” wrote The Economist.

President Trump has defined “fake news” as any report he deems unfavorable, political- and media-watchers say, and he has intensified the attacks throughout his term.

“The Fake News hates me saying that they are the Enemy of the People only because they know it’s TRUE. I am providing a great service by explaining this to the American People. They purposely cause great division & distrust. They can also cause War! They are very dangerous & sick!”

Much to the surprise, the regret, and the agony of their citizens, many democratic nations have become dictatorships. The reasons always are the same”

Trump and his minions continue their attempts to disenfranchise Democratic voters all over the country by gerrymandering, interfering with postal operations, the closing of polling places in Democratic areas, and other methods.

Trump already has said that if he loses, as President he will consider the election illegally “rigged,” and he has considered not abiding by the results.

Trump has installed Barr, to give a legal veneer to a dictatorship (i.e. the unitary President), but to “legally” punish all who oppose Trump.

Trump does not even attempt to hide his admiration for dictators Putin, Kim, Duterte, et al.

The vast majority of protests against bigotry and police brutality are peaceful. You wouldn’t know that if you listen to Trump.

He already is playing the “law-and-order” card with regard to protests. Violent Trump supporters — QAnon and white supremacists — have begun to infiltrate the otherwise peaceful protests to give Trump an excuse for a military response to Constitutionally protected demonstrations.

The citizens of formerly democratic nations — Germany, Cuba, Chile for example — believed “it couldn’t happen here.” Yet, much to their dismay, it happened with the support of those who valued the siren song of harsh rule by a strongman over democratic rule and justice for all.

In a democracy, the injustice done to you is an injustice done to me. Sadly, the bigots among us don’t subscribe to that decency. They fear and despise the elements of our society who are in various ways “different,” and welcome Trumpian harshness.

That polls that show Trump with more than 45% support indicates the tenuous grip we Americans have on our democracy. Nearly half of America supports the dictatorship of a psychopath.

We have arrived at a tipping point in which one small event could turn America into a horrifying dictatorship, that could inflame the entire world for decades.

3 thoughts on “We have arrived at a tipping point in which one small event could turn America into a horrifying dictatorship.”