John Kass, of the Chicago Tribune, wrote an article commiserating with the problems police face. 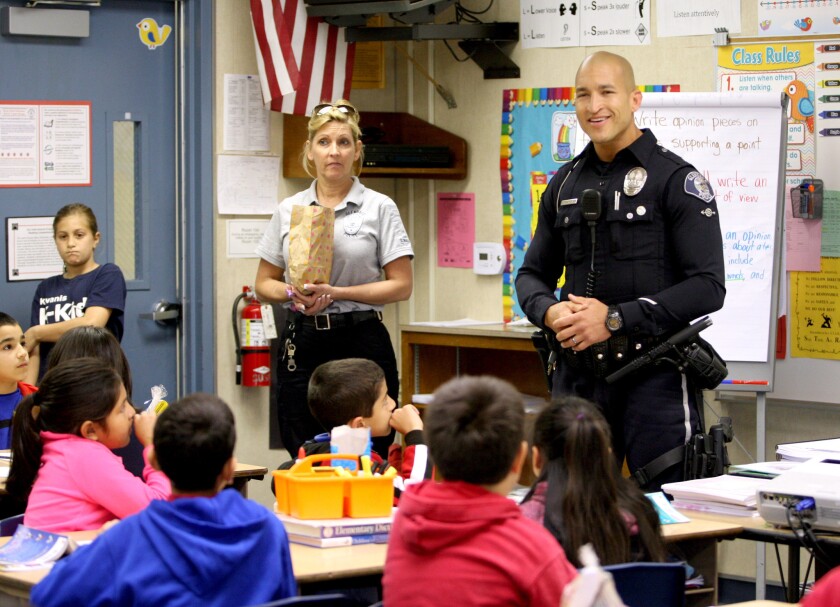 There is no all-purpose solution to this conundrum, but there may be good partial solutions.

First, some excerpts from Kass’s article, published in the 6/21/2020 Tribune:

As anti-police protests continue amid seething politics in the aftermath of police killings in Minneapolis and Atlanta, as violence in many urban areas continues to spike, almost everyone is having their say.

“Sunday is Father’s Day for me, but my wife is a Chicago police officer. She’s been a cop for almost 20 years.

What I see is the stress on her when she comes home. And the boys ask me, ‘When’s mom coming home?’ They’re worried.

“I know this. If she grabs lunch, people yell (F-you) at her. That’s what it’s like.

“The boys miss their mom. In their mind, she’s a hero. It’s difficult to explain racial injustice to children. But they hear what people say about police.

“Most Father’s Days, I’d want to go golf and drink beer. But she’s working 12-hour shifts. What do I want for Father’s Day? I want my wife to sleep and be with us and get rid of the stress.”

“You wonder how far you’ll go to make an arrest now. People don’t want to lose their jobs and pensions.

“Do we wake up every day wondering who we’re going to kill? No. We want to treat all people with respect and get home safely. The kids text me (when she’s at work), ‘Mom, how are you? Are you safe?’ Do I tell them the truth? No.

“Society hates us now, but we still do our job. This is weird, but with all the political hate in the media, it’s been good for morale. Yeah, really. It’s crazy. But everybody’s checking on each other now.

“We’re a family now, all races, all creeds in the department. And not everybody hates us. Neighbors bring food to the district. You still see some kindness out there. It’s beautiful when you see it. It breaks your heart.”

Then there was this from the wife of a Chicago police sergeant on the West Side. They have two teenage children. They’ve been married 20 years.

“I’d just love for him to be home on Father’s Day, so I could cook him dinner, so he could be with us. That’s what I want. It won’t happen. He’s working.

“When he comes home and falls asleep, he’s so tense that his body twitches for an hour or two. I’m there next to him and see his body twitching and it breaks my heart … To see your husband having nightmares …

“Our kids are afraid. They’re proud of their dad but they see the graffiti, ‘Kill all cops,’ and all that. They see how easy it is for people to hate.

“We’ve been out together as a family, and if he sees someone he’s arrested, we have a code, and I get the kids out of there.

“Think of that, having to disappear with your kids when you’re at a restaurant with your family. It’s the job. He’s good at it. He’s a great leader. I know this. Everybody has something to say, but cops can’t say a thing. It gets to you.”

Finally, I heard from a woman whose husband is a veteran Chicago police officer who patrols in an extremely active district. They have two children.

“This is the worst thing we’ve ever gone through, and we’ve been married 20 years. You will struggle to find anyone who hates guns more than me. For the very first time in our 20 years, he left one at home if I needed it.

“I hated the suggestion, but we went through the routine, what to do if something happens, what room to take the kids.

“Some friends avoid us. We’re not friends anymore. They don’t understand. Even if you’re the worst of the worst, my husband will help you because that’s his job. He doesn’t run.

“You get to run and hide behind your signs and slogans. But where are you when he’s out there with dead bodies, when another child is hit with a gang bullet? We’re all making people into ‘the other’ now.

“But over the past few weeks, I’ve been stunned by the silence of some people. And humbled by people who I didn’t think were a big presence in our lives, saying, ‘I know your husband is a police officer, do you need anything?’

“All police families have breaking hearts, and most people can’t even hear us.”

They are not liberal stories or conservative stories. They are human stories, though lately they are being politicized by both sides of the political spectrum.

In the old “hippie” days, when then too, the police were vilified, I never will forget a sign that read, “If you don’t like police, then the next time you are in trouble, call a hippie.”

Today, I suppose it could read, “If you don’t like police, then the next time you are in trouble, call a protestor,” but things aren’t quite that simple these days.

Unquestionably, blacks, Latinos, and perhaps to a lesser degree, women and gays, are more often brutalized by police than are white men, and especially rich white men.

And these expectations translate into mutual hatred and contempt, which underlie brutality.

Finally, the police see the same blacks and Latinos being arrested, released, and re-arrested, time and again causing an endless, Sisyphean exercise of frustration for police.

Similarly, blacks and Latinos experience not only daily rejection in all areas, but additionally having their “protectors,” the police do the daily equivalence of “broken taillight stops,” followed by various stronger forms of hassle.

Clearly, there are deep-seated, underlying problems that can be solved only by those who have the power to solve problems: The police, the public, and the government.

The nature of policing is the “I’ve got your back” culture. Mutual protection is the basis for any dangerous job.

The problem occurs when “I’ve got your back” goes beyond mutual protection against criminals, and extends to the protection of criminal cops against the public and the law.

This is a matter for training, and training requires consistency and repetition.

Trainers, including respected cops, repeatedly must teach the differences between criminals and the public at large.

Repeatedly, police must be taught that reporting bad cops is, in fact, a form of “I’ve got your back,” because reporting and punishing bad cops protects good cops.

Unfortunately, the good cops, who protect other good cops by reporting the misbehavior of bad cops, are called “squealers,” “finks,” “rats,” “stoolies, “snitches,” and “traitors.”

But think of the civilian world.

If you discovered your brother or best friend was building bombs so he could blow up a local synagogue, or he told you he was going to take his AK-47 to shoot up the neighborhood school, would you be a “squealer,” “fink,” “rat,” etc. for reporting him to the authorities?

You may have your brother’s or best friend’s back, but you would recognize the limits. This is the kind of  “I’ve got your back” differentiation the police must be trained to make.

Training won’t be easy, of course. A psychological problem never is easy. But it can be done. The Army’s West Point practices a version that generally works — not perfectly (what is?) — but it does work.

West Pointers understand it is patriotic and mutually beneficial to help weed out the “bad apples,” because that weeding makes the crop better.

In that regard, the police unions should be disbanded, as their primary weapon is the strike, which is unthinkable in our society, and sadly, the police unions have made it their mission to protect bad cops from punishment — which actually punishes good cops.

As a moral person, when you see someone unfairly abused, you have a visceral repugnance for the abuser. And this includes your feeling for bad cops, not only for abusing but for any criminality.

We all expect, or at least wish, these underpaid, danger-facing servants to be morally pure. And when a few disappoint us, we may fail to see the great things the vast majority do.

In concert with the above-mentioned police training, the public must be trained to appreciate and empathize with cops and the great, heroic things they do for us.

It can be as simple as an ongoing public relations program to emphasize to good works of the average cop, or it can be a neighborhood outreach, to humanize each cop as not a distant figure, but rather as a loved and respected member of our society — something akin to an “Adopt A Cop” program, but perhaps more secular.

But it only can work if #I is successfully in progress.

The police are heroes. Based on daily danger and immediate accomplishment, they arguably are greater heroes even than our military.

Yet, they are not nearly compensated for what they do, not only with money, but also with even the respect that soldiers receive.

Rather than “defunding” the police (the current “solution” being advocated by some), which arguably would be counter-productive, police funding should be increased as one step in attracting the best and the brightest.

The federal government should and could provide additional funding to every police department for the explicit purpose of upgrades to personnel hiring and personnel training (not for the purpose of anti-public, military weapon purchases).

When any business wants to attract better people, it offers higher pay and better perks. Why would police departments be different?

Think of sports teams in this regard. If you wanted to improve your local baseball team would your mantra be, “Defund the Cubs”?

The single, most important street-crime-fighting step the government (federal and local) can make is to reduce poverty.

I live in an upscale Chicago suburb, population, 25,000.  We haven’t had a murder in many years, seldom even an assault. I am quite confident that our police go home with fewer neuroses and derangements than do Chicago cops.

If there had been any cases of police brutality in my community, the media sure haven’t reported them — and if they occurred, they would be big news.

The federal government has the power dramatically to reduce poverty, and thus reduce street crime and police crime, by the application of the Ten Steps to Prosperity (below).

They all go together.

In summary, police crime and street crime can greatly be reduced, and the police become far more effective, if the police, the public, and the federal/local governments will work on a few, easily understood procedures.

And it all can be done, at no cost to anyone.

Ten Steps To Prosperity: 1. Eliminate FICA 2. Federally funded Medicare — parts A, B & D, plus long-term care — for everyone 3. Social Security for all or a reverse income tax 4. Free education (including post-grad) for everyone 5. Salary for attending school 6. Eliminate federal taxes on business 7. Increase the standard income tax deduction, annually.  8. Tax the very rich (the “.1%”) more, with higher progressive tax rates on all forms of income. 9. Federal ownership of all banks 10.Increase federal spending on the myriad initiatives that benefit America’s 99.9%