Powell: I know that inflation hurts, but I’m going to try to reduce inflation without causing a recession.

Alice: Our landlord said he has to raise our rent because his costs have increased. I can’t afford that. What can you do about it?

Alice: But that will increase my landlord’s costs. Won’t that make the situation worse?

P: Raising interest rates is what I always do to fight inflation. It may not really work, but the politicians think it does, so it’s what I do

A: There’s a food shortage, so our food costs have gone up. I can’t afford to feed my children. What can you do about that?

A: But that won’t help the food shortage. It only will make it harder for farmers to borrow., which will increase farmers’ costs? How will that lower food prices?

A. And the price of gas has gone up due to a shortage of oil. What are you doing about that?

A: How does raising interest rates and selling off bonds increase gas supply?

P: It doesn’t, but it’s what I do. I think it’s supposed to cool the economy, which by definition, is a recession.

A: You want to cause a recession — a reduction in trade and industrial activity?

P: Yes, but please don’t call it a recession. Let’s call it “a cooling process.”

A: I’m unemployed. I easily could get a job, but when I pay FICA taxes and income taxes, and my employer pays his share of FICA and our healthcare insurance policy, my net take-home pay won’t cover inflation. What are you doing about that? 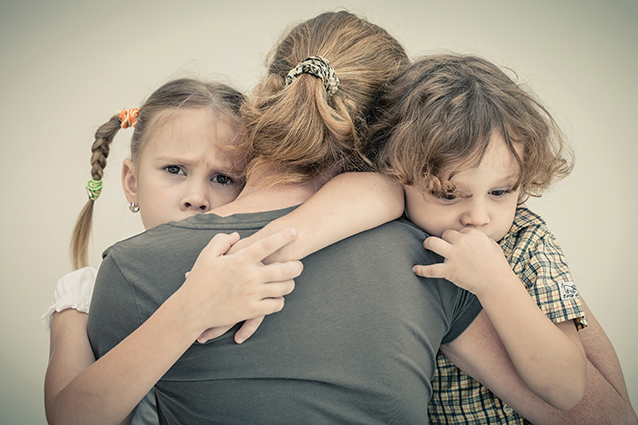 A: Will that increase my net take-home pay?

P: Of course not. I can’t eliminate FICA, provide Medicare for All, or increase the Standard Deduction, all of which would increase your net pay.

But, raising interest rates and selling off my bonds is what I do. It doesn’t work, but it makes me look prudent.

P: The usual. I’m going to raise interest rates and sell off my T-bonds.

A: Again, how will that cure the shortage of computer chips?

P: It won’t. It only will make borrowing more expensive, and there’ll be less money in the economy, so people like you will have less money to spend. Fundamentally, I’m going to impoverish you to fight the shortage of goods and services that is causing inflation.

A. That’s crazy. Why make borrowing more expensive, which is recessive, and take money out of the economy, which also is recessive?

The only way to reduce prices without a recession is to cure the causes of inflation: Shortages of key goods and services.

P: Sure, you know that, but the public doesn’t. They think I know what I’m doing.

A: While we’re talking about inflation, and everything being more expensive, the cost of medical insurance has gone up. There’s a shortage of doctors, nurses, and hospital beds, along with a shortage of medical equipment. What can you do about all those shortages that are causing medical inflation?

P:  Don’t you get it? I can’t cure shortages of anything — not shortages of food, nor oil, nor houses, nor computer chips, nor shipping, nor doctors, nor nurses, nor hospital beds — nothing. I have no control over the shortages that are causing inflation.

All I can do is cause a shortage of money, and that, together with all those other shortages will cause the economy to cool, in other words, a . . . .

P: Or maybe, that stagflation thing. In short, I actually will cause a recession to cure inflation, but I won’t call it a recession. Let’s call it “prudent management.”

A: So if you can’t cure the inflation without causing a recession or, God forbid, a depression, who can?

P: Congress and the President have the power to cure the shortages that cause inflation, and not cause a recession or depression.

To cure the shortages of food, Congress can pay farmers to grow. Previously we’ve paid them not to grow, so prices would be higher.

Now we can reverse that.

P: Yes, I’ll let you in on a little secret. Congress and the President could pay to solve all those shortages, which would bring down prices. They have the power.

All I can do is fiddle with interest rates.

The Republicans don’t care about the economy. All they want to do is win elections.

So they act outraged about everything, but they don’t have actual plans to do anything about the economy.

Let’s face it, white supremacists, bigots, anti-vaxers, anti-gay, anti-immigrant, anti-Mulsim, and anti-black dummies storming Congress are not the kind of people likely to have created coherent plans to improve the economy.

The Dems want to grow the economy, but they think federal spending to cure shortages would cause, not cure, inflation.

Frankly, I don’t understand how curing the shortages of food, oil, computer chips, labor, etc., etc., etc,. could cause inflation, but the Dems are terrorized by the word “debt.”

P: Nah, debt is bad only if you can’t afford to pay for it. But the federal government never can run short of its own sovereign currency, the U.S. dollar. It can pay off any size of debt instantly, without levying a penny in taxes.

A: So why don’t you just tell the American people all this? Why do you pretend you can cure inflation without causing a recession or depression when you know you can’t.

P: There’s an old story that comes to mind:

The King sentenced a man to death. The man pleaded, “If you spare me, I promise that in one year, I will teach this pig to fly.”

The King laughed and said, “I will give you one year. If the pig doesn’t fly, I will kill you myself.”

When the man’s friends asked him how he could make such a ridiculous promise, the man replied, “Much can happen in a year. The pig might die; the King might die, or I might die.

“Or who knows, I might teach the pig to fly.”

So much could happen in a year. We could go to war with Russia or China, and everyone would forget about inflation. A meteor could fall on Washington. COVID could act up again. The Supreme Court could outlaw gays.

Many things could divert our concerns from inflation.

And maybe pigs will fly.

In any event, Powell’s claims have bought him some lucrative time as Chair of the Fed (over $200K per year, plus many great benefits), and who knows, inflation might just go away, and he’d get accolades, whether or not we had a recession.

It worked for Paul Volcker.