Economics is simple, though you wouldn’t know that if you ever were confronted with an economics text. 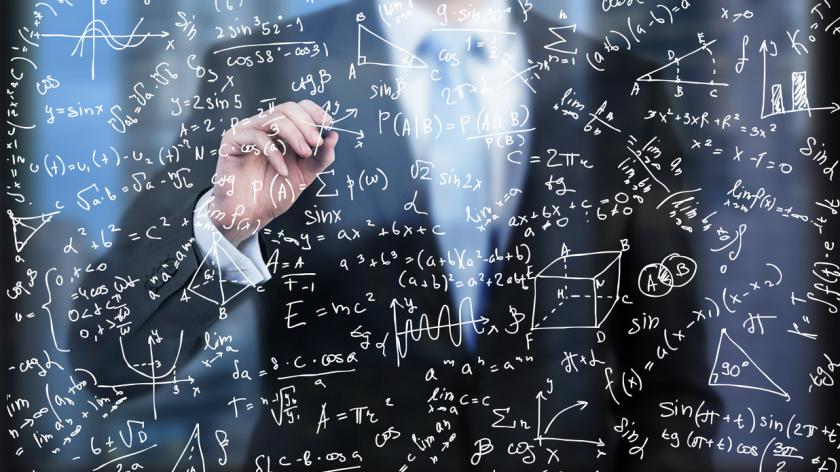 Filled with jargon and maths, an economics textbook can be a daunting read, intentionally so, because nothing tells the world “I am real science” better than arcane language and impenetrable maths.

Part of the problem with labeling economics a science is that it is the study of the psychology of money, and psychology is a “science” only in the broadest, most charitable definition:

Wikipedia: Science (from Latin scientia ‘knowledge’) is a systematic enterprise that builds and organizes knowledge in the form of testable explanations and predictions about the universe.

Sadly, neither psychology nor its little sister, economics, are systematic, provide testable explanations or worthwhile predictions. Rather than being sciences, they are faith/belief systems (religions without mythical gods), filled with self-congratulatory experts, who endlessly expound with certainty, while providing scan proof, few tests, and laughably wrong predictions.

I apologize to tell you, I am an economist.

In this post, I provide you with none of the aforesaid maths and as little jargon as I can manage, hoping only to provide a bit of counterbalance to the flood of woolly-headed, faux expertise that confronts you every day.

Economics is simple because you can understand virtually everything of importance by understanding just two simple things — Monetary Sovereignty and Gap Psychology — and having understood them, you will know more than any politicians, any media pundits, and any economics professors, who don’t wish you to understand these simple things.

The U.S. government created the first dollar from thin air by creating laws from thin air. These laws are entirely arbitrary in inception and they repeatedly have been changed, arbitrarily.

Laws have no physical existence. You cannot see, smell, taste, feel, or hear a law. It is an idea, a concept, a description. A lawbook might contain descriptions of thousands of laws, but the book itself contains no laws. The paper and ink that comprise the book are not laws. They merely represent laws.

This does not mean that laws are not real. Laws are very real. They just are not physical.

Consider, for instance, a law against murder. What does that law look like? How does it feel to the touch? How does it taste or smell? Despite being non-physical, the law is real, and because it is non-physical the law can be anything its creators deem it to be.

The U.S. government is legally sovereign over U.S. laws. These laws can be anything the government and the American voters wish them to be. The degree to which voters influence laws is known as “democracy.”

Similarly, paper dollars are not dollars. They represent dollars, which are non-physical bookkeeping entries.

Money, like the laws that create it, is ideas, concepts, abstractions. And because laws and ideas are not physical, they are whatever their creator deems them to be at any given moment.

Why the fight? It’s all theater, the purpose of which is to convince you that the actors are financially prudent. So the party that is out of power will protest, and the party in power will assure, and everyone one will huff and puff, and eventually, having made their points, the fakers, feigning anger, reluctantly will agree to set a new, higher debt limit for the future.

There can be no greater proof of government duplicity than the federal “debt” limit.

INFLATION: Can there be too many laws? Can the annual “deficit of laws” and the “law debt” be too high? In essence, can there be law “inflation,” in which the addition of new laws depreciates the value of existing laws?

For instance, can the creation of say, a new law against speeding, make all other laws less valuable, i.e. cause law inflation?

Or by parallel, can the creation of new dollars make all other dollars less valuable, i.e. cause inflation?

The federal government has access to infinite laws and to infinite dollars, both of which it sends into the economy, at will.

Infinity plus one equals infinity.

The  U.S. government is uniquely Monetarily Sovereign over the U.S. dollar. No other entity has this God-like power over the dollar.

Having this power and authority means the government can control the supply of dollars at whatever levels it arbitrarily chooses. It never can run short of dollars. The federal government can afford anything and does not need to have income. It simply creates, by fiat, any number of dollars whenever the mood strikes.

(That is why the term “fiat money” is a redundancy. All money is fiat, i.e. created by fiat.)

The government also can control the value of the dollar in relation to any other product or currency. It can decide, by fiat, that a dollar is worth an ounce of silver, a pound of beef, or a partridge in a pear tree.

This means inflation is not caused by government spending but rather is caused by scarcities of key goods and services.

Inflation can be prevented and cured by preventing and curing scarcities. The federal government can accomplish this by federal deficit spending to obtain, or facilitate the creation of, the scarce goods and services.

Example: The notorious Zimbabwe hyperinflation was caused by food scarcity. The government took farmland from experienced farmers and gave it to inexperienced non-farmers. The resultant inflation could have been cured by government financing to support farming via education and material support.

Instead, the Zimbabwean government merely created money, while the scarcities grew unabated.

The other “simple thing” upon which economics stands is:

The Gap (or rather, “Gaps”) are what makes the richer richer and the poorer poorer. Without the Gaps, no one would be rich; we all would be the same. And the wider the Gaps, the richer are the richer.

The richer always wish to grow richer yet.

The rich can grow richer, that is widen the Gaps, by gaining more for themselves or by making sure those below them lose, or at least gain less. Either method will do.

The rich generally oppose and demean aids to those who have less. They claim Social Security and Medicare are running short of dollars, though no federal agency runs short of dollars unless that is what Congress and the President want.

The rich, who control Congress, have made sure the FICA tax falls most heavily on the poor and middle classes. It is why capital gains are taxed more lightly than salaries. These are evidence of the rich growing richer by widening the Gaps.

The rich despise the poor. Hatred is a symptom of fear. There can be no hatred without fear, and the rich fear the poor masses. The rich fear not only lanterns and pitchfork uprisings, but more realistically, the latent voting power of the masses.

If the masses ever were to realize how false are the claims by the bribed media, the bribed politicians, and the bribed economists, those masses would rise up and demand that the Gaps be narrowed.

IN SUMMARY
Economics studies money and its movement, which is controlled by human psychology.

The foundation of today’s economics is Monetary Sovereignty, the ability of an entity, usually but not always a nation, to create and control unlimited amounts of money and to determine the value of that money.

The engine that drives economics is Gap Psychology, the common human desire to widen the income/wealth/power Gaps below, and to narrow the Gaps, above.

8 thoughts on “Economics is simple while being complex.”