Just An Introduction
Trump followers claim that Republican judges and SCOTUS justices are cowards who have yielded to mythical “pressure” into denying Trump’s absurd claims. 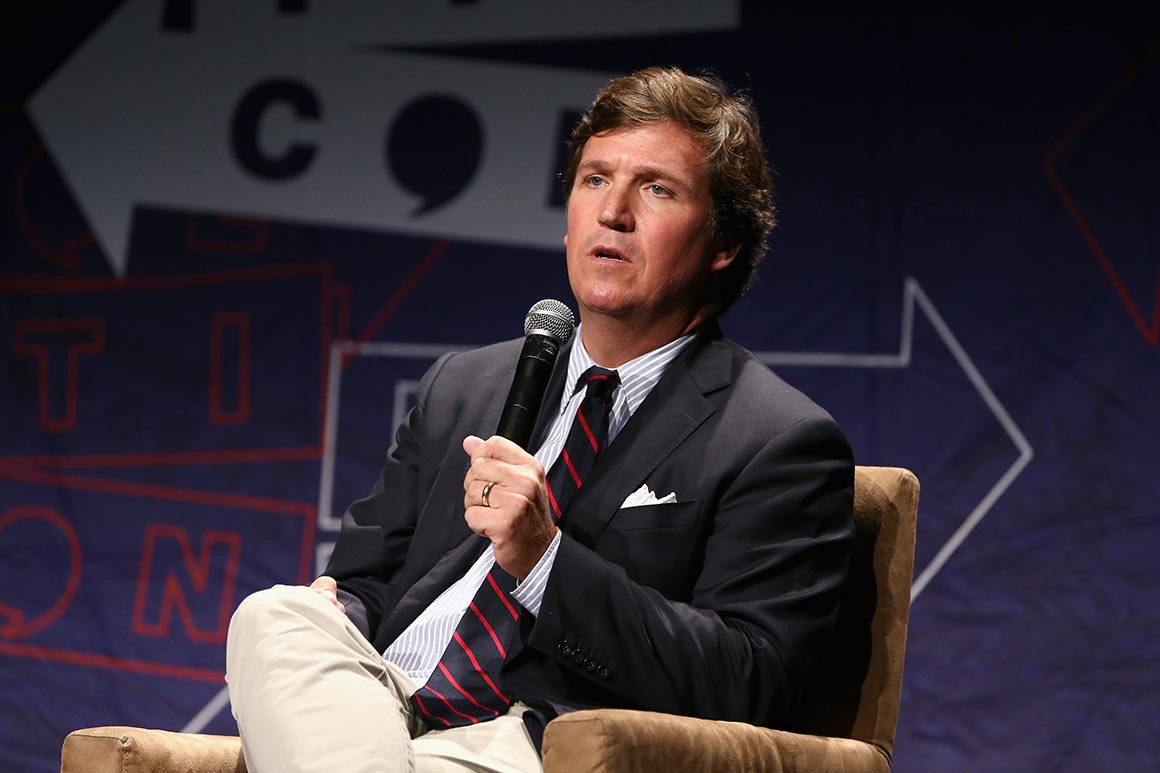 But, most of the so-called “pressure” is coming from Trump, and as for SCOTUS justices, what sort of pressure can affect them? They are immune.

Nevertheless, Trumpers have taken to the streets to scream, “Stop the Steal.”

I suggest the retort should be “Stop the Stupid,” for only a very stupid person actually believes that 30+ judges and the entire Supreme Court, most of whom are right-leaning, would ignore right-wing evidence.

(The problem is, when people are stupid, they are too stupid to realize they are stupid.)

The Main Idea
The phrase “Stop the Stupid” brings me to an article published by that ever-dependable source of economic ignorance, The Committee for a Responsible Federal Budget (CRFB)

Today’s article, like virtually all CRFB articles, suggests cutting federal benefits to everyone who is not rich.

Whether it be Social Security, Medicare, unemployment compensation, food stamps, or any other financial support program for the middle or poor, you can rely upon the CRFB to come in, all a-twitter, with charts and articles demonstrating the lie that the federal government can’t afford such spending.

And so it is now, with Pell grants.

WHAT ARE PELL GRANTS?
Today, the Pell Grant program assists undergraduates of low-income families, who are actively attending universities and or other secondary institutions. Before the Pell Grant became what it is today, it went through numerous changes.

In 1965, Congress passed the Higher Education Act of 1965 (HEA). President Lyndon B. Johnson implemented the HEA as a part of his administration’s “Great Society” agenda to assist and improve higher education in the United States.

It was the initial legislation to benefit lower- and middle-income students.

The HEA program included not only grants but also low-interest loans to students who did not qualify for grants.

Universities and other institutions, such as vocational schools, benefited as well from the HEA program, by receiving federal aid to improve the quality of the education process.

Student aid programs administered by the US Department of Education are contained in Title IV of the HEA and so are called “Title IV Programs.”

Congress was able to create HEA, and subsequent Amendments, because being Monetarily Sovereign, the U.S. has unlimited dollars available to it. Even without collecting a single dollar in taxes, the federal government cannot ever run short of dollars. Not ever.

In 1972, Title IX Higher Education Amendments were a response to the distribution of aid in the current grant.

Senator Claiborne Pell set forth the initial movements to reform the HEA. Lois Rice, an American corporate executive, scholar, and education policy expert is known as the “mother of the Pell Grant” for her work lobbying for its creation.

Most changes to the federal student aid program result from a process called reauthorization.

Through the process of reauthorization, Congress examines the status of each program and decides whether to continue that program and whether a continued program requires changes in structure or purpose.

Congress has reauthorized campus-based programs every five or six years, beginning in 1972.

In short, the Pell program is completely arbitrary.

It has no intrinsic financial constraints. Pell’s finances are constrained only by what Congress and the President happen to voice on any particular day.

The bill provides $72.8 billion in discretionary funding for the Department of Education (ED), a $1.3 billion increase from FY 2019. The bill boosts the maximum Pell Grant award to $6,345, though it relies on a $500 million recession from the program’s reserve fund.

The bill also increases funding for the Federal Supplemental Educational Opportunity Grant (FSEOG) program by $25 million (to $865 million) — which Trump proposed to cut entirely — and allocates $1.2 billion for the Federal Work-Study (FWS) program, a $50 million increase from FY 2019.

In Trump’s proposal, he suggested slashing funding for FWS in half.

To hammer home the central point, the Pell grant, and every other program financed by the government, can be at any cost. The federal government, unlike state and local governments, cannot run short of dollars.

Congress and the President decide what to spend, and create the spending dollars from thin air.  The federal government controls infinite financial resources.

Why the hugely different amounts? Congress simply voted for whatever it pleased. There are no financial limits placed on Congress or the President. You wouldn’t know that, however, if you read the latest CRFB histrionics:

With 2020 college enrollment down as a result of the COVID-19 pandemic, the Pell Grant program may add more to its reserves than previously estimated.

A lie. There are no “reserves.” They are a financial myth.

Think: Of what purpose would “reserves” be, when the supply of dollars is infinite. Creating “reserves” is just a way to con the poor and middle-income people into believing that federal money is tight.

It is a lie, and I have come to the conclusion that, after all these years, everyone at the CRFB knows it is a lie.

Policymakers may be tempted to spend these additional reserves in the end-of-year omnibus bill by expanding Pell Grants, for example, to cover short-term educational or training programs. They should avoid this temptation.

As recent experience from the Great Recession shows, economic downturns can quickly increase the costs of the Pell program and lead to large shortfalls.

A lie. “Shortfalls” only will come if Congress unnecessarily votes to create shortfalls. Fictional “reserves” can’t cover “shortfalls” or anything else. The federal government never unintentionally faces financial shortfalls.

Spending funds now on low-priority, questionable initiatives will leave less room to weather the economic downturn or target future funds where they are truly needed.

A lie. The “room to weather an economic downturn or target future funds” is infinite. This year, Congress voted to spend an additional $3 trillion in stimulus money.

The Pell Grant program, which provides financial aid to low- and middle-income college students, has a unique budgeting structure.

It is mostly funded, however, through the annual appropriations process.

Exactly. Congress votes; the President signs; and the money is created from thin air, at the touch of a computer key.

When appropriations exceed costs, the program can essentially save the unspent dollars to expand its reserves. This has been the case in recent years, leading to an $11 billion reserve in 2020.

Prior to the COVID-19 pandemic, CBO projected reserves would continue to grow to $18 billion by 2030.

A lie. The “reserve” is a  bookkeeping fiction. Totally unnecessary.

At the whim of Congress, the reserve could be $0 or $1 trillion, and nothing would change. Whenever it wishes, Congress merely can vote to increase the reserve, eliminate the reserve, or do anything else it wishes. The reserve is financially meaningless, meant to fool the uninformed.

CBO previously projected the Pell program would generate $850 million of extra funds in 2021; the actual amount is likely to be higher.

As a result of the pandemic, college enrollment for the 2020-2021 academic year is down 4 percent for all students and 16 percent for freshmen.

A lie. The Pell program generates nothing. Congress spends whatever it wishes to spend.

If Pell costs fell just 5 percent as a result, the Pell reserve would grow an additional $1 billion per year; if they fell 10 percent, it would expand by more than $2 billion per year.

A lie. The reserve is neither more nor less than what Congress and the President want.

The “reserve” is just numbers on a balance sheet that the government has the infinite ability to change at will. It’s like a game of Monopoly™, where the players can change the rules any time they wish.

Politicians may view these extra reserves as an opportunity to expand the Pell program. Given current economic uncertainty, however, this would be a mistake.

A lie. One cannot say what Congress viewed, but the reality is, “extra reserves” provide no opportunity to expand the program.

The opportunity to expand the program comes from Congress’s and the President’s acknowledgment that unlimited dollars are available.

During every recession since the 1960s, college enrollment has increased as unemployed workers looked to learn new skills and saw college as a more attractive option given the lack of available jobs.

This was particularly evident during the Great Recession, when the number of people collecting Pell Grants jumped 70 percent from 5.5 million in 2008 to 9.4 million in 2012.

The fact that more people opt for college during hard times merely demonstrates the wisdom of the populace.

It is no threat, whatsoever, to federal solvency, which is infinite.

Over this period, the Pell finances took a turn for the worse. In 2007, CBO’s projected future Pell costs would roughly match funding levels.

By 2012, the agency projected a ten-year shortfall of nearly $60 billion.

The expansions to the Pell program at the beginning of the Great Recession and subsequent rise in enrollment and average award meant Congress had to inject more than $50 billion above regular appropriations between 2009 and 2014 and cut eligibility and benefits in the latter years.

A lie. Pell finances turn for the worse (or better) based on which political party is in control.

If the Democrats control, Pell usually is given more money. The GOP usually tries to cut Pell.

Note that Congress injected more than $50 billion extra into the program, simply by voting to do so. The money didn’t “come from” somewhere. Congress created it just by voting.

The same deterioration could occur again once an effective vaccine is distributed throughout the population and people are no longer avoiding in-person schooling.

This time enrollment could increase for several reasons – including from enrollment of those who delayed schooling through the pandemic, those who suffered job losses or business closures, and those who continue to enroll in newly expanded online programs.

Until these enrollment pressures are better understood, policymakers should avoid spending what is likely a very temporary source of excess funding.

A lie. If the Democrats regain control over Congress, there is a greater chance funding will increase. It’s that simple.

It has nothing to do with job losses and business closures. It has to do with the desire to support the more needy Americans.

Instead of expending a temporary Pell surplus on a questionable new policy, policymakers should save it for rainy days that could be soon to come.

As we monitor enrollment in the post-pandemic portion of the recovery, we will have a better sense of what resources are available and more time to deliberate on how to use them effectively to best achieve the goal of ensuring higher education access and affordability for low-income students.

A massive lie. In federal finances, there is no such thing as a “rainy day.”

It is funded by the very rich to provide the government with false excuses for not helping the middle and the poor.

The purpose is to widen the Gap between the rich and the rest.

If you want to know who the liars are, here’s a list.

You can tell them: STOP THE STUPID.