Step #2. of the Ten Steps to Prosperity (see below) is Federally funded Medicare — parts A, B & D, plus long-term care — for everyone.

It is a Step that in its essence has been adopted, more or less, by the Democrats, especially by Bernie Sanders and Elizabeth Warren. 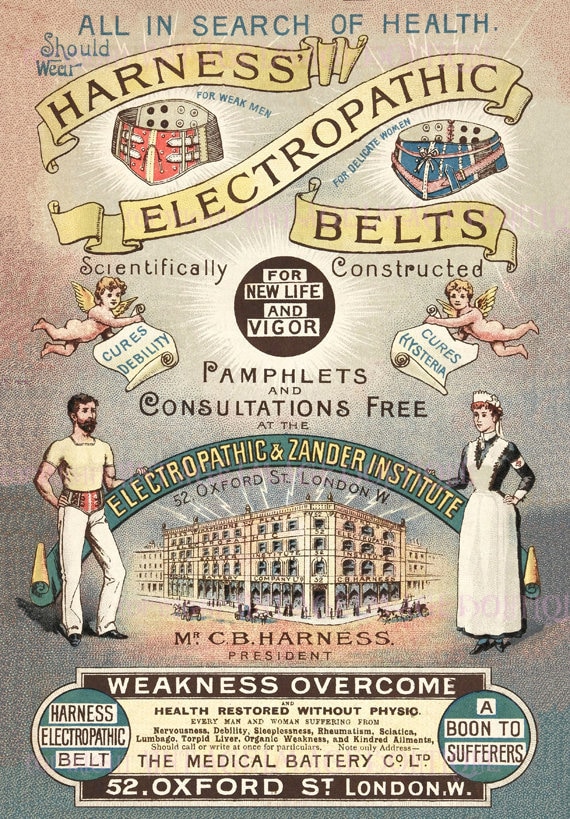 Unfortunately, even those who favor the program on humanitarian grounds continue to struggle with the question, “How will you pay for it?”

They shouldn’t have to struggle. The real answer is quite simple, straightforward and honest.

Yet, either in ignorance or intent, the answers they give always seem to be wrong, convoluted, and unbelievable. They preach “quack economics.”

How much will Medicare-for-all save Americans? A lot.
Ryan Cooper, THEWEEK, February 21, 2020

The merits of Medicare-for-all, have been pushed off the front burner of the news stove.

But academic research in that area has not stopped. And over the past few months, several studies have examined one of the key questions on Medicare-for-all: namely, would it save American society money?

The moral and practical questions, “Would it improve America’s health and business efficiencies,” often are forgotten. But even the “save-money” question doesn’t receive a straight and believable answer.

The unanimous answer is yes. Putting everyone on a world-class universal Medicare program — with no premiums, no deductibles, no co-insurance, and almost no co-pays, paid for with taxes — would leave most of us with more money in our pockets.

And other research demonstrates that there would probably not be a giant increase in health care use if it is passed.

Before continuing with the THEWEEK article, we’ll give you the real answer to the title question: Federally funded Medicare, Parts A, B, and D, plus long-term care for everyone would:

To be fair, a few commentators have been keeping the discussion going. John Oliver, for instance, provided a quite good breakdown of Medicare-for-all in his show Last Week Tonight:

Oliver notes that some studies have found enormous savings, and even the libertarian Mercatus Center found a small cost improvement.

However,  the Urban Institute concludes it’s impossible to say what might happen on costs.

The Urban Institute did not actually study the Medicare-for-all bill sponsored by Bernie Sanders. Instead they substituted their own plan in which reimbursement rates are assumed to be 15 percent higher than in the Sanders plan. That’s why their cost estimate is so high, but it simply has nothing to do with what the actual bill in question might do if implemented.

By analogy, the Urban Institute saw the movie “Dumb and Dumber” and concluded that “The Godfather” was silly, frivolous fluff.

Furthermore, they seriously underestimate the potential administrative cost savings for hospitals (relying on a fact sheet from a lobbyist group), and simply assume “utilization,” or use of medical services, will dramatically increase (more on this later).

Well, “relying on a fact sheet from a lobbyist group” certainly sounds like the kind of research you should trust, wouldn’t you say? It’s a real credit to the Urban Institute.

Christopher Cai and others surveyed the best 22 studies on the subject, and aggregated the results. They found that 19 of the analyses “predicted net savings … in the first year of program operation and 20 … predicted savings over several years; anticipated growth rates would result in long-term net savings for all plans.”

More recently, Alison P. Galvan and others examined the cost of Sanders’ bill directly. They constructed a mathematical model to examine what setting the various parameters of a Medicare-for-all model would cost, and plugged in the figures in Sanders’ bill and their best estimates of other factors.

Alan Greenspan: “A government cannot become insolvent with respect to obligations in its own currency.”
Ben Bernanke: “The U.S. government has a technology, called a printing press (or, today, its electronic equivalent), that allows it to produce as many U.S. dollars as it wishes at essentially no cost.”
St. Louis Federal Reserve: “As the sole manufacturer of dollars, whose debt is denominated in dollars, the U.S. government can never become insolvent, i.e.,unable to pay its bills. In this sense, the government is not dependent on credit markets to remain operational.”

Federal taxes are destroyed upon receipt — they cannot be found in any money-supply measure. Try to learn how much money the federal government has, and you will not discover an answer. The answer is: “Infinite.”

The federal government creates brand new dollars every time it pays a bill.

Discussions of cost, as it relates to affordability or federal tax, are essentially meaningless.

That brings me back to utilization. Dr. Adam Gaffney found that when lots more people got access to care, use generally did not increase — instead it was redistributed across the population.

The people using the most care used a bit less, while the people formerly shut out of the system used a lot more.

This argument is sure to lead conservatives to shout about the dread “rationing,” presenting the Medicare-for-all future as some kind of Soviet breadline.

(However,)  Gaffney et al. cite suggestive evidence that medical providers under our current system tend to dial up their recommended care to keep their facilities full, even if that requires frivolous or unnecessary procedures, while dialing it back when everyone has coverage and there are plenty of customers.

In actual practice, not only would federal support for Medicare-for-All encourage the creation of more hospitals, more doctors, more nurses, and more health-care facilities, but America already verges on surplus.

That is why so many unnecessary procedures are recommended. In business, it’s called “filling the pipeline.”

America already has a tremendous amount of rationing — by price. About 28 million Americans have no health insurance, and a further 44 million are underinsured.

Across the country, every day tens of millions of Americans are rationing their insulin, taking taxis to the emergency room, walking around with wrecked joints or rotting teeth, or begging bystanders not to call an ambulance when they are grievously injured.

In the United States today, rich people can get all the care they want, even if it’s pointless or elective, because they can use their money to cut to the front of the line, while poor routinely have to wait for months or simply go without.

The U.S. currently has only 2.3 doctors per 1,000 residents — about a quarter fewer than Norway, a third fewer than France, and less than half as many as Cuba. We could surely use a couple hundred thousand more physicians — and if their pay was more in line with international norms, it wouldn’t even cost much.

This last is a critical point. For reasons having to do with the myth of unaffordability, current Medicare skimps on medical payments. You who have Medicare see the bills. A doctor bills $500 and receives $150.

So to pay for those years of education and intern semi-slavery doctors have to load up on patients and (sorry to say this) schedule questionably necessary procedures.

There are zero reasons why Medicare is so frugal. The federal government cannot run short of dollars. It has the infinite ability to pay for anything.

If Medicare paid more, there would be more medical facilities and more medical personnel. People and businesses go where the money is.

To give you an example: My former primary care physician saw 2,500 patients. Getting an appointment could take weeks.

I suggested he become a concierge doctor and cut his load. But he was locked in by his contract with his hospital group, and even then he can’t make hospital visits. Those are made by hospitalists — doctors who are hospital employees.

Not only can we always get same-day appointments, if we wish, and not only do our doctors know us intimately, but even more importantly, when there is a crisis, the doctor is there for us.

Recently, my wife had a serious situation that required two separate, two-week hospital stays. Her concierge doctor, who was at her bedside every day, and knew her entire medical background, consulted with the various specialists. There was no need for medical personnel to waste time “getting up to speed.”

And it was very comforting, as doctor and nurses I didn’t know, rushed in and out of her room, to have her doctor, whom I did know, patiently explain to me what medicines and procedures were being administered and what the prognoses were.

And it would work that way if not for the persistent myth of unaffordability that permeates every discussion of Medicare-for-All.

But that’s a question for the future. At bottom, the research is clear: Medicare-for-all would save the United States money, probably quite a lot, and save tens of thousands of lives.

Once a baseline of universal coverage is established, we can start fixing up the rest of the health care system. With some time and effort, Americans could have their health care cake and eat it too.

The history of medicine is littered with ignorance.

The phrenologist, astrologist, and the snake oil salesmen have been replaced by the debt Henny Pennys, who claim we simply can’t afford medical care for everyone (except for the rich, that is).

With some time, effort, and an understanding of what Monetary Sovereignty can accomplish, every man, woman, and child in America could have free, informed, professional medical care.

Sadly, ignorance has its penalties, and we suffer for it.

Those who regularly preach doom because of government budget deficits (as I regularly did myself for many years) might note that our country’s national debt has increased roughly 400 fold during the last of my 77-year periods. That’s 40,000%!

Suppose you had foreseen this increase and panicked at the prospect of runaway deficits and a worthless currency. To “protect” yourself, you might have eschewed stocks and opted instead to buy 3 1/4 ounces of gold with your $114.75.

And what would that supposed protection have delivered/ You would now have an asset worth about $4,200, less than 1% of what would have been realized from a simple, unmanaged investment in American business.