Children can be more creative than adults because they are less constrained by the certainty of knowledge. As we age, we lose ignorance and we gain knowledge and from knowledge comes certainty. But that costs us our imagination and creativity.

It’s as though we are born seeing a vast plain of possibilities, and with passing years, walls of knowledge descend, blocking our view until we find ourselves living in an ever-constricting tunnel of certainty.

The most creative among us are able to break small viewing windows into the walls of that tunnel, while the less creative resent the damage to the walls.

I think about that when I read about “dark matter” and “dark energy.” Here is a concise description of these two effects:

What’s the Difference Between Dark Matter and Dark Energy?

Dark matter produces an attractive force (gravity), while dark energy produces a repulsive force (antigravity). Together, they make up 96 percent of the universe—and we can’t see either.

Dark energy, on the other hand, is why our universe is expanding. In fact, in 1998, astronomers studying distant supernovae were shocked to learn that, around 7.5 billion years after the Big Bang, the universe began expanding faster.

That indicates some unknown force is fighting gravity’s pull, causing galaxies to speed apart from one another.

That is what we know and that is what we believe — except gravity may not be a force, but rather a feature of space-time, and anti-gravity may exist only in comic books, and anyway, no one knows exactly what a “force” is.

That is the wall we have built from our limited knowledge to separate us from the infinite range of ignorance and explanations for what we think we see.

So for your amusement, and my pleasure, I will use ignorance to propose a different possible solution. What if dark matter and dark energy were exactly the same thing: Normal, everyday gravity.

It commonly is believed that the mass of matter creates gravity, so where mass is greater, gravity is greater.

Einstein’s theories proposed that space-time is actually bent by massive objects, like planets and suns. This phenomenon distorts the path of objects through space-time creating the effect that we see and feel as gravity.

Stars in distant galaxies move around the center of the galaxy (usually dominated by a supermassive black hole) and are kept from flying off into space by the gravity dimple of the center.

But scientists observed that the visible mass of the center could not possibly create enough gravity to hold the stars. (The stars were moving too fast.)

So the assumption is that there exists some other matter we cannot see, i.e. “dark matter,” and this dark matter creates the extra mass and gravity dimples needed to keep the stars in their orbits.

But what if the mass of matter does not create gravity? Imagine if gravity itself permeates the entire universe, and rather than being smooth, it itself is randomly dimpled.

This would cause the illusion that the mass creates the dimples but in reality, the dimples accommodate the mass. It’s not creation; its accommodation.

Imagine the dimples can merge, like two whirlpools, into larger dimples, and this merger would send shudders along the gravity “sheet,” which we call “gravity waves.”

So larger/deeper dimples accumulate more matter than do smaller dimples, and — this is important — there isn’t enough matter to fill all the dimples — so some dimples are left empty or partly empty.

And these empty or partly empty dimples are what we have named, “dark matter,” because of our belief that gravity is caused by matter rather than gravity accommodating matter.

This would mean the dimpled sheet of gravity exists everywhere, even where there is no matter at all.

When the astronomers look at distant galaxies and notice the stars moving faster than they should because matter is scarce, imagine it’s because of unseen gravity dimples that have not been filled by matter.

It long has been known that the universe is expanding. It was thought that this expansion was residual inertia of the “Big Bang” that originally created the universe from a minuscule dot, and that eventually the expansion first would slow, then stop, then reverse culminating in a “Big Crunch” as the universe returned to being a dot.

Recently, to everyone’s amazement, it was found that the expansion rate actually is increasing.

“Dark energy “is thought to be some sort of unknown repulsive force that causes the entire universe to expand, and not just expand but at an accelerating rate.

No one knows what this repulsive force could be, but the increasing expansion rate demands some sort of explanation, so lacking knowledge, we have determined there must be a repulsive force, and we have named it “dark energy.”

But now imagine there is no “repulsive force.”

Rather, there just is gravity that permeates our entire universe.

Then, imagine there are multiple universes, of which ours is just one among the myriad.

Multiple universes mean multiple gravities, so our expanding universe would be surrounded by the gravities of other universes.

The effect of gravity is to make things accelerate. For example, things affected by the gravity of the earth accelerate at about 32.18 ft/s2 (32.18 feet per second per second), which means that the farther you fall toward the earth, the faster you go. 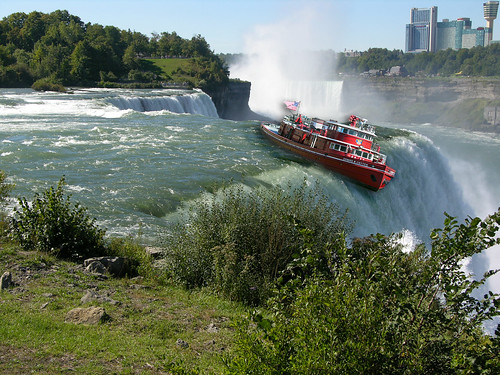 Another way to visualize the same effect is to think of yourself on a small boat, floating in the Niagara River.

As you approach the Niagara Falls, you will go faster and faster until you drop over the edge, at which time you will go even faster.

Now if you think all of the above is mere ignorant prattle, you very well could be right. But until someone definitively determines what “dark matter” and “dark energy” are, all the various attempts at explanation also are ignorant prattle, one no better than another.

You might as well claim the universe is held together by infinitely small threads.

Oh wait, that’s string theory, which was proposed years ago and never proven, though still believed by many scientists.