Imagine a swarm of politicians assembled to discuss ideas about how to fill the Atlantic Ocean with water. 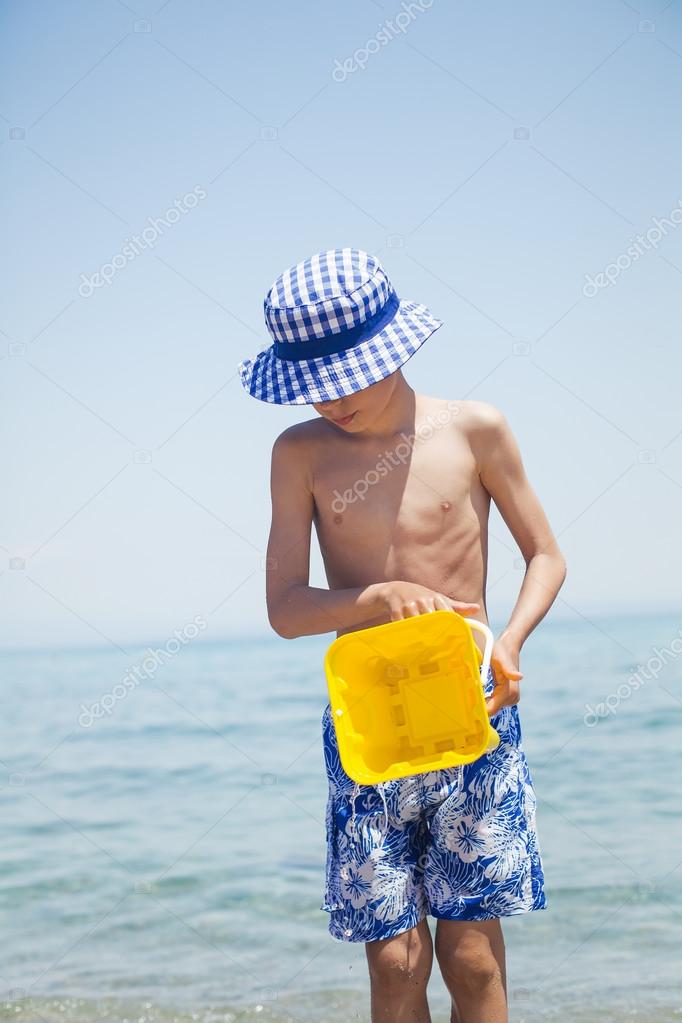 One wants to require each person in the U.S. to pour a bucketful of water into the sea.

Another says to use a firehose. A third wants to build a pipeline from the Pacific Ocean.

A fourth suggests that if everyone only urinated into the Atlantic . . .

The Atlantic Ocean, for all practical purposes, contains an infinite amount of water. So, why would anyone waste the time, effort and water, by pouring it into the Atlantic?

Only a pack of fool politicians would debate the best way to pour water into the ocean, but that is exactly what they are doing with regard to your federal taxes.

For all practical purposes, the federal government has an infinite amount of dollars. Who says so, aside from me? Many people, including:

Former Federal Reserve Chairman, Alan Greenspan: “A government cannot become insolvent with respect to obligations in its own currency.”

Former Federal Reserve Chairman, Ben Bernanke: “The U.S. government has a technology, called a printing press (or, today, its electronic equivalent), that allows it to produce as many U.S. dollars as it wishes at essentially no cost.”

St. Louis Federal Reserve respondent: “As the sole manufacturer of dollars, whose debt is denominated in dollars, the U.S. government can never become insolvent, i.e., unable to pay its bills. In this sense, the government is not dependent on credit markets (i.e. federal debt) to remain operational.

If the federal government cannot run short of dollars, and can “produce as many dollars as it wishes,” why does it require you to send it your precious dollars to pay taxes?

Why does the federal government require you to pour your precious water into the Atlantic Ocean?

There are several reasons why the government collects federal taxes, but two are primary:

By collecting taxes, and claiming some social benefits are running short of money, the federal government wrongly implies that it needs income in order to pay its bills.

Number 1 is understandable, but what about #2? Why does the federal government want you to believe it cannot pay its bills unless it has tax income?

The answer lies with Gap Psychology, i.e. the human desire to distance oneself from those “below” on any economic or social measure, and to come closer to those above.

The rich, who run our nation and our government, always want to be richer. “Rich” is a comparative term.

For the rich, getting richer does not mean making more money. Rather, it requires widening the Gap between the rich and those below them.

The Gap is what makes you rich or poor. Without the Gap, no one would be rich (We all would be the same.) The wider the Gap, the richer the rich are.

Cutting benefits to the middle-classes and the poor widens the Gap, and thus makes the rich richer.

America’s politicians are owned by the rich. Don’t let their protestations and plans to tax the rich fool you. They and the rich know that most taxes on the rich are avoidable.

Donald Trump hasn’t paid taxes in years because of his loss carryforwards. Warren Buffet said he pays at a lower percentage than his secretary.

Keep in mind the following points as you read some ideas from Democratic contenders:

Here are a few of the candidates’ federal tax ideas, as discussed in Kiplinger’s Personal Finance (09/2019)

Biden
*Increase the top income tax rate to 39.6% from 37%.
*Subject all income to Social Security payroll tax.
*$5,000 tax credit to cover caregiving for a family member.

Comment: The rich always avoid the top rate. Social Security is not funded by FICA. If caregiving is needed, that $5,000 is a pittance, that might cover just one month.

Comment: The rich use trusts and other devices to avoid estate taxes. Financial transaction tax supposedly will reduce high-volume speculation — but why? FICA doesn’t fund anything. The very rich do not pay the top tax rate. No purpose for a long-term capital gains tax.

Comment: Even with 10 million employees, the IRS could not measure everyone’s worldwide wealth. The rich use trusts and other devices to avoid estate taxes. Only $3,000 for family caregivers? Do adoptions really need to be encouraged?

Pete Buttigieg
[In addition to some of the above]:
*Carbon tax

Comment: A carbon tax might be a good idea, depending on the details. The rest of his ideas are “pouring water into the Atlantic.”

I could continue, but you get the idea. Almost all of the proposals (except the carbon tax), make the tacit assumption (aka “the Big Lie”) that the federal government needs taxes in order to pay its bills.

But the bought-and-paid-for politicians want you to believe you should pour your precious dollar water into the Atlantic tax Ocean.

The politicians propose exorbitant taxes on the rich, knowing the rich won’t pay them. The worldwide wealth tax is almost laughable. Note to IRS: Good luck trying to discover that house on the island of Fakarava or the Surin archipelago, then trying to appraise the 50 remote acres it sits on.

The purpose of these politicians’ proposals is to make you think they’re on your side, while they take dollars from the rich with both hands.

Perhaps one day there will be an honest politician who tells you:

So, we only will tax what we don’t like, and we will give you healthcare, shelter, food, education and the other things you and your family need for decent lives.

We’ll narrow the Gap and we’ll end poverty, and that is how we really will ‘make America great,’ not with bigotry toward non-Christians or people of color.”

Hmmm . . . Did I really use the words, “honest politician”? Well, one can dream.

6 thoughts on “Pouring water into the ocean, and other dumb federal tax ideas.”