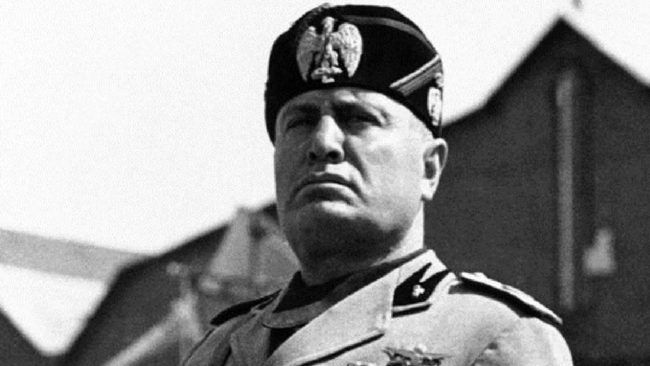 Credentials are the “perfect” excuse for a bad hiring decision.

In my long life, I have been an owner of several companies, and personally have hired thousands of people — and I have made mistakes.

Early on, I was too ready to give myself a ready, though poor, excuse: “Their credentials were good.”

Yet credentials are only as good as the person who weighs them.  When you believe what a writer tells you, in effect, you have “hired” that writer to be one of your advisors on the specific subject.

You essentially have said to yourself, “I believe what he/she writes, not only because it sounds correct, but because I respect this writer’s credentials.”

Credentials have value, but I suspect they too often are overvalued. Here is a set of credentials that illustrate the point.

Kimberly Amadeo is president of WorldMoneyWatch.com. She has 20 years senior-level experience in economic analysis and business strategy working for major international corporations. Kimberly is the U.S. economy expert for About.com, the 15th most visited site on the web.

She speaks on the global economy, how it affects you and what you can do about it. Kimberly consults on how to use global economic trends to find profitable market niches.

With those credentials, I understand why people believe what she has to say, particularly about economics. And yet . . .

Here are excerpts  from an article she wrote for a site called “thebalance.com,” with each excerpt followed by my own comments:

“An expansionary fiscal policy is usually impossible for state and local government. That’s because they are mandated to keep a balanced budget.”

“As a result, the critical debt-to-GDP ratio has exceeded 100 percent.”

A Monetarily Sovereign government does not pay its debts with GDP. The so-called federal “debt” is merely the total of deposits in T-security accounts.

Those deposits never are touched. They remain in the accounts until maturity, at which time the “debt” is paid off simply transferring those same dollars back into the checking accounts of  T-security holders.

Further, the federal government creates dollars, ad hoc, every time it pays a creditor. So what erroneously is termed “borrowing,” is logically unnecessary. (If you owned a legal, dollar-creating machine, would you ever have the need or desire to borrow?)

The debt/GDP ratio says absolutely nothing about the health of the economy, or the federal government’s ability to pay its bills, or future taxpayers’ liabilities. Nothing.

The opposite of inflation is deflation. Cutting federal spending and increasing taxes (aka “austerity”) would be effective in causing stagnation or a recession, which is quite different from deflation.

Reducing the money supply is a poor way to fight inflation. Spending cuts and tax increases are too slow, too political, and too uncertain in effect, because of three questions:

Inflation generally is not caused by insufficient taxation or by excessive federal spending, but rather by shortages of key goods (food, oil, etc.)

“Taxes provide the income that funds the government.”

Though this is widely believed by the lay public, is an extremely shocking comment coming from an economist. The federal government is Monetarily Sovereign; it never can run short of dollars.

Taxes do provide income and funding for monetarily non-sovereign state and local governments, but federal taxes do not fund the federal government’s spending.

Being Monetarily Sovereign, the federal government has no need for income — no need to levy taxes (though it unnecessarily does) and no need to borrow (which it does not).

Most federal taxation is a remnant from gold standard days (which ended in 1971), when the federal government’s money creation was limited by its gold supply. Today, nothing limits federal money creation other than the will of Congress and the President.

To pay its bills for goods and services, the federal government sends instructions (not dollars) to its creditors’ banks, telling the banks to increase the numbers in each creditor’s checking account. At the moment the bank does as instructed, brand new dollars are created and added to the money supply (termed “M1”).

Even if all federal tax collections and all federal (misnamed) “borrowing” were $0, the federal government could continue spending forever.

“The federal government is losing its ability to use discretionary fiscal policy.”

The federal government, being Monetarily Sovereign, has the unlimited ability to spend any amount it wishes on anything it wishes.  It cannot “lose its ability to use discretionary fiscal policy.”

“When interest rates are high, the money supply contracts.”

This is not correct. Higher interest rates increase the amount of interest the government must pay on its T-securities, thus increasing the nation’s money supply.

There also is a common myth that high interest rates reduce borrowing, but again, there is no historical evidence for this.

The federal (misnamed) “debt” is the result of all past policies, not just the current policy, and the word “massive” is a misleading pejorative. “Massive” compared to what?

So-called federal “debt” or “borrowing” is merely the total of deposits into T-security accounts. These accounts are not a burden on the federal government or on taxpayers.

They are paid off at maturity simply by transferring the dollars that currently exist in these accounts back to the checking accounts of T-security holders. No tax dollars are used.

At this point, despite Ms. Amadeo’s impressive credentials, I am not quite ready to accept her economics expertise.

It happens that in economics, and perhaps many other sciences, credentials should be looked upon with a wary eye. They may tell you what the person has done, but not whether their opinions have proved to be correct, or are likely to be correct in the future.

And if ever you are in the position of hiring people, remember that resumes may be a beginning point, but they cannot be relied upon. I have come to believe that a simple face-to-face will provide far better information.

If the person is to work for you, do your own interviewing. Don’t rely on subordinates or Human Services.

To my mind, Ms. Amadeo’s credentials said one thing, but her own words said something far different.