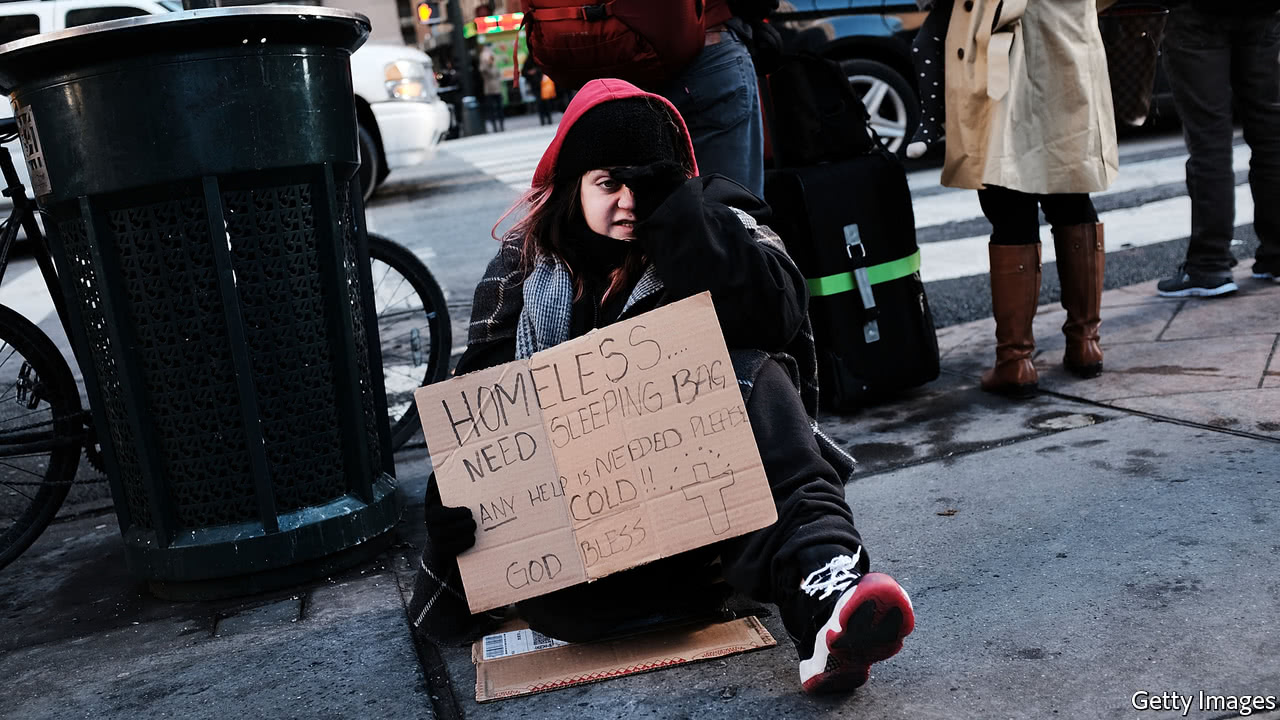 The poor you will always have with you, and you can help them any time you want. (Mark 14:7)

For there will never cease to be poor in the land; that is why I am commanding you to open wide your hand to your brother and to the poor and needy in your land. (Deuteronomy 15:11)

Is it true that there always will be poor people? Should it be true? Must it be true?

Yes, the poor have been with us in most societies, but it should not be true, and it need not be true.

Mathematically, in any scale of wealth, income, or power, some must be closer to the bottom. If “having less” is your definition of “poor” then yes, the poor always must be with us.

But what if your definition of “poor” referenced “insufficiency” rather than “less” — insufficiency of food, healthcare, education, housing — then perhaps the poor need not all ways be with us.

I suggest that it is not necessary for some people in America to be starving, sick, uneducated, and/or homeless.

Poverty fell overall in 2020 due to massive stimulus checks and unemployment aid, U.S. Census says
By Heather Long and Amy Goldstein
U.S. poverty fell overall in 2020, a surprising decline that is largely a result of the swift and large federal aidthat Congress enacted at the start of the pandemic to try to prevent widespread financial hardship as the nation experienced the worst economic crisis since the Great Depression.

Federal deficit spending for benefits to the poor “surprisingly” helped reduce the percentage of poor people. Who possibly could have expected that?

After accounting for all the federal relief payments, the so-called supplemental poverty measure declined to 9.1 percent in 2020 — the lowest on record and a significant decline from 11.8 percent in 2019.

The decline in the poverty rate means that millions of Americans were lifted out of severe financial hardship last year, the U.S. Census said. Poverty is defined as having an income of less than $26,250 a year for a family of four.

If you happen to believe that poverty is bad for America, and that honestly religious people wish to help the impoverished, then all that deficit spending opposed by debt-scare peddlers was good for this country.

If, however, you believe that the poor are lazy, good-for-nothing, takers, who deserve their poverty, then you will be saddened at learning the poverty rate declined.

And if you have been told that federal taxes fund federal spending, you will be flummoxed by all that spending with federal taxes staying the same.

Extensive federal relief assistance passed during the coronavirus pandemic is widely credited by economists and policy experts for preventing another Great Depression.

The stimulus payments provided $1,200 cash payments to most low-income and middle-class Americans last year, moving 11.7 million people out of poverty, the Census said.

Another 5.5 million people were prevented from falling into povertyby the enhanced unemployment insurance aid.

Try to remember the fight against deficit spending, put up mostly by the right wing (with just a couple faux Democrats dissenting). If they had had their way, we would have had a depression.

The annual findings also showed that median income declined by 2.9 percent in 2020 to $67,500. Still, after accounting for the government aid, every age group, racial and ethnic group and educational level saw a decline in poverty.

Some of the largest declines in poverty were reported for families headed by single moms, African Americans, Hispanic Americans and adults without a high school degree.

“The federal government responded quickly and significantly. And it’s very clear that those efforts prevented a sharp rise in poverty,” said James Sullivan, an economics professor at the University of Notre Dame.

“The concern is that we will see poverty rise again because we’ve now seen these relief packages expire.”

Remember also that the Monetarily Sovereign U.S. government has the infinite ability to create its own sovereign currency, U.S. dollars. It never can run short of dollars, and neither needs nor uses tax dollars for spending.

Despite current debates about “how will it be paid for,” the fact is that all federal spending is paid for the same way: The federal government, creates from thin air, its spending dollars. It can do so endlessly.

President Biden is urging Congress to enact more programs to help the poor and working class as part of a $3.5 trillion package that would make significant investments in many parts of the economy.

Top White House aides point to the success of the pandemic aid as an example of how additional resources can make a dramatic difference in lowering poverty and hardship.

You can be certain that 100% of the GOP will oppose any aid to the poor, though the same politicians will approve of aid to the rich.

The census data shows that the rate of uninsured was especially high in a dozen states that have chosen not to expand Medicaid eligibility under the ACA.

Unlike his predecessor, President Biden has been pressing to expand Medicaid in the dozen holdout states, and Congressional Democrats are considering proposals that would allow people frozen out of the program by their state governments to buy private ACA health plans inexpensively.

Here are the states whose political majority is Republican, and who do not consider poverty and lack of medical care to be a problem.

What happens next to family incomes and poverty will depend largely on how many Americans are able to return to work in the coming months and whether the U.S. government extends some aid to low-income Americans.

Contrary to popular wisdom, federal deficit spending does not cause inflation. All inflations have been caused by shortages of key goods and services, most often food and oil. Today’s inflation results from shortages of labor, food, and oil.

Sadly, some voters have so little regard for humanity that they vote against the federal financing to ease poverty — financing that costs them nothing, but that will lift their neighbors from agonizing poverty and free children from starvation, homelessness, illness, and lack of education.

The U.S. federal government has all the tools it needs to end poverty in America. All it needs is the will.

2 thoughts on “The end of poverty in America”