Do you believe fortune-tellers, Nigerian princes, and assorted other snake oil salesmen? Do you accept phone calls from strangers offering you free time-shares and cruise vacations? 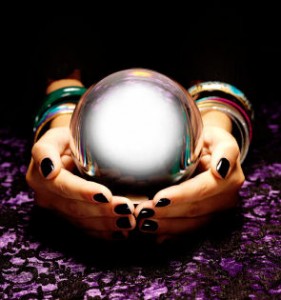 No, fortunately, you are too smart to fall for those scams perpetrated by liars and fools.

But somebody must be deceived because those frauds have been around for a long time. If they didn’t work they would have died out by now.

In this world where presumably we have graduated from the dark ages, actual facts are easy to obtain from legitimate sources. But, many of us still accept the words of Tarot card readers, crystal ball gazers,  and other mass deceivers. Trump University is one proof of that.

Even today, you continue to be barraged with sad phone calls from non-existent grandchildren and claims by fake IRS employees, telling you urgently to send money, now, now, now.

And that is why you continue to experience the “federal-debt-is-a-ticking-time-bomb” scam, one of the most subtle, yet long-lived scams in history.

It is subtle and long-lived for three reasons:

As recently as August of this year, we added yet another example to the list of ticking-time-bomb scams that goes back to 1940, when the federal debt was only $40 billion. (It’s above $20 trillion today, and that ole time-bomb still’s a’tickin’.)

And here’s yet another one: Same wording to the same lies.  It even includes that same ridiculous “debt clock” currently parked in a Manhatten alleyway.

The U.S. has a big problem that, if not corrected soon, will have a significant negative impact on our country, including Florida.

Our growing national debt has resulted in a debt-to-GDP ratio that is over 100 percent, one of the world’s worst.

See the scam language. Something has to be done “soon”. (Even though the federal debt has grown more than 50,000% over the past 70 years, and the U.S. economy is the strongest in the world, something must be done, SOON. Don’t think. Just act, soon!)

Or how about Japan’s ratio of 238%? Which economy and which inflation would you prefer, Japan’s or Zimbabwe’s?

Here is a list of national debt/GDP ratios for countries. See if you can see a relationship between that useless ratio and the strength of a nation’s economy. Save your effort. There is no relationship. As we said, it is a useless ratio.

In retrospect, it is hard to believe in the late 90s, the U.S. was running budget surpluses and on track to have no national debt by 2006.

Uh, excuse me, Mr. Yeargin, but the Clinton surpluses of 1998-2001 led directly to the recession of 2001. We actually were lucky then, because surpluses, which remove dollars from the economy, often have a worse result than a recession:

And the ignorance becomes laughable:

Now, we have a national debt approaching $23 trillion dollars — about $68,000 per citizen — and it’s still growing fast.

The past two years the federal deficit has exploded to over a trillion dollars a year (yep, a trillion.) It is endangering our country and state’s future. We need our leaders to deal with this problem now.

The “per citizen” line is supposed to make you think you owe the federal debt, or your taxes will be taken to pay it off. Neither is true.

The so-called federal debt is not like your debt or my debt. The federal debt is nothing more than the total of deposits into Treasury security accounts, which are paid off every day simply by returning the dollars in those accounts to the account holders. Neither you nor your taxes are involved.

The federal government does not use those dollars. They remain in the T-security accounts until maturity, at which time they are returned.

Even if the federal government did not collect a single penny in taxes, it could pay off the entire federal debt today, simply by closing all those accounts and sending the dollars back.

And then there’s the line that includes the words, “and states.” The false implications seem to be either that state financing is like federal financing, or that somehow states are liable for federal debt.  Mr. Yeargin isn’t clear about what he means, but either meaning is wrong.

And now we come to the really, really ignorant part (Yes, amazingly even less knowledgeable than the preceding).

So, how did we get here?

After World War 2, the U.S. had a huge national debt, but a growing economy and fiscal discipline (at least more than we have now) reduced it to manageable levels.

By contrast, our “undisciplined,” debt-based economy has not had a single recession in 11 years, and is not even close to one now.

By the late 90s, the president and Congress had worked to generate national surpluses and were heading toward a debt-free U.S.

If the federal debt is, as Mr. Yeargin warns, “approaching $23 trillion,” to have a “debt-free U.S.” would require us to have a combination of spending cuts and tax increases totaling $23 trillion!

Can you imagine what taking $23 trillion out of the U.S. economy would do? It would be a financial disaster unparalleled in U.S. history.

The Great Depression was caused by a removal of only 36% of the debt; Mr. Yeargin wants to remove 100%. It boggles.

Then, in the early 2000s, the combination of tax cuts, increased Medicare benefits for the elderly, and waging two wars on a credit card resulted in the return of national deficits and we lost our opportunity to be debt-free.

The financial crisis in 2008 resulted in huge government spending to avert a depression.

So which is it Mr. Yeargin? Did huge spending endanger us or save us? You can’t have it both ways. Or, if you know nothing about economics, perhaps you can have it both ways — in your imagination.

After we got through the Great Recession, our deficit was high but dropping. The past three years has seen increased spending and tax cuts, which have exploded the annual deficit to over $1 trillion.

(Meaning that the federal government, which never can run short of dollars, will add $1 trillion to the economy, which needs dollars to grow. And this is a bad thing?)

And then, just when you hope it could not possibly be dumber, yes, it gets even dumber.

So, why is it a problem?

At some point investors will become concerned about lending to a debt-riddled U.S., which will result in having to offer higher interest rates to attract the money.

Even with rates low today, interest expense is the federal government’s third highest expenditure following the elderly and military.

The U.S. already borrows all the money it uses to pay its interest expense, sort of like a Ponzi scheme. Lack of investor confidence will only make this problem worse.

Because the U.S. federal government has the unlimited ability to create its own sovereign currency the U.S. dollar, it has no need to borrow dollars from anyone.

And indeed, despite the misleading use of the words “debt” and “borrow,” the U.S. government does not borrow. It provides T-security accounts, into which investors can deposit dollars.

Why does it provide these accounts if it doesn’t touch the dollars in them? Two primary reasons:

St. Louis Federal Reserve: “As the sole manufacturer of dollars, whose debt is denominated in dollars, the U.S. government can never become insolvent, i.e.,unable to pay its bills. In this sense, the government is not dependent on credit markets to remain operational.”

The federal government uniquely is Monetarily Sovereign, a term Mr. Yeagin clearly does not understand. The government creates dollars by passing laws, at the press of a computer key.

The article drones on, sliding ever downhill from a low beginning:

Additionally, we have lost two of our most powerful tools to pull out of a future recession.

From Economics 101, recall that deficit spending and low interest rates are tools used to end a recession. But we are now using them in a good economy, which is sort of like eating your seed corn.

Except that the federal government has the unlimited ability to deficit spend, and contrary to popular perception, low interest rates are not stimulative. They help control inflation, but do not add growth dollars to the economy.

So, why do we accept this?

It feels good to spend. Just like anyone who borrows to buy something they cannot afford, the U.S. finds it to easy to use its credit card (deficit spending).

In the short run, this spending makes politicians look like geniuses because it fuels the economy and drives votes.

In the long run, the politicians will be out of office when the problems occur. When the economy is doing well — even when artificially propped up with huge deficit spending — people feel like things are going well and don’t worry about those huge credit card bills (national debt) piling up.

Well, golly, the so-called “credit card bills (national debt)” has been “piling up” for 70 years, and here we are, stronger than ever. Again, those pesky facts.

So, what’s the solution?

We need leaders who have the will, character and courage to tackle this problem like any business leader would for their organization.

If we want low taxes, then we must decide how to cut expenses. The challenge with federal expenses is that most of the money goes to the elderly, through Social Security and Medicare, and the military.

So why does the federal government collect taxes?

And finally, we get to the heart of it. Mr. Yeargin suggests the need to cut Social Security and Medicare which mostly benefit the middle-classes and the poor.

Gap Psychology tells us that the rich promulgate lies about federal financing, in order to widen the Gap between the rich and the rest.

It is the Gap that makes them rich (Without the Gap no one would be rich; we all would be the same.) And the wider the Gap, the richer they are.

One easy way to widen the Gap is to cut benefits to the non-rich.

The “federal-debt-is-a-ticking-time-bomb” scam benefits the rich because it widens the Gap between the rich and the rest.

I apologize if I seem to pick on Mr. Yeargin this way. He may be a very nice, honest gentleman, but clearly, he is not an economist. Perhaps, all the errors in his article are innocent and without any malicious intent.

But he writes about economics, which is typical of what you read, day after day: Writings by people who do not understand that federal finances are nothing like personal finances, though you are led to believe they are alike.

Your intuition and incorrect information combine to fool you.

I don’t know Mr. Yeargin, but according to his web site:

“Bill Yeargin is CEO of Correct Craft, a boat-building business based in Orlando. He’s also on the board of the University of Central Florida.”

Someone please, please assure me that Mr. Yeargin has nothing to do with the teaching of economics at the University of Central Florida.  Please.

One thought on “Do you believe fortune tellers, Nigerian princes, and people who say the federal debt is a “ticking time bomb”?”