In this era of fake news, where a President can lie with impunity, and face zero concern from his followers, nothing surprises.

For instance, we are told the Saudis did not murder a journalist in their Istanbul consulate.

Instead, he merely was tortured to death by “rogue killers” during an “investigation gone wrong.” 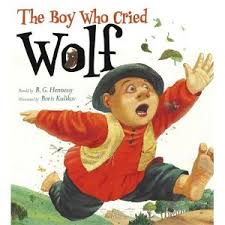 Presumably, these are the same “rogue killers” President Trump blames when excusing Putin’s many murders.

And these are the same “rogue killers” Trump’s latest lover, Kim Jong Un (“We fell in love.”)  has used to murder thousands, including family members. (What’s not to love?)

And then, there were the “rogue: hackers who, behind Putin’s back,  hacked into the U.S. election.

This time, the fake news doesn’t come only from Trump, but from the real news. And, this time the fake news has historical precedents, going back at least 78 documented years, and many more in reality.

Here is the good “bad” news:

WASHINGTON (Reuters) – The U.S. government closed the 2018 fiscal year $779 billion in the red, its highest deficit in six years, as Republican-led tax cuts pinched revenues and expenses rose on a growing national debt, according to data released on Monday by the Treasury Department.

New government spending also expanded the federal deficit for the 12 months through September, the first full annual budget on the watch of U.S. President Donald Trump. It was the largest deficit since 2012.

“In the red” implies some sort of economic negative. You and I never want to be “in the red.”

However, the federal government is different from you and me. BeingMonetarily Sovereign, it uniquely has the unlimited ability to create its own sovereign currency, the U.S. dollar, which it has been doing since the early 1780s.

What does “in the red” mean for a government that can create infinite dollars, and never can run short of dollars?

The purpose of the Reuters article is to make you believe the federal government cannot afford to provide you with free Medicare and free education, and must charge you taxes to pay for any benefits it does provide.

It’s a gigantic, and long-lived con job, orchestrated by the rich, to widen the Gap between the rich and the rest.

By what perverse logic would Group A ever give dollars to Group B?

Now for the bad “good” news:

The data also showed a $119 billion budget surplus in September, which was larger than expected and a record for the month.

“Surplus” is such a wonderful word. You and I love to have a surplus, especially a surplus of money.

But, what does a dollar surplus mean to an entity that has the unlimited ability to create new dollars,  and never, never, never unintentionally can run short of dollars? Why would such an entity even want a surplus?

The reason is quite obvious. A large economy has more money than does a small economy, so for an economy to grow, its money supply must grow.

A senior Treasury official said the monthly surplus was smaller when adjusted for calendar shifts.

Here’s where it gets truly weird:

Economists generally view the corporate and individual tax cuts passed by the Republican-controlled U.S. Congress late last year and an increase in government spending agreed in early February as likely to balloon the nation’s deficit.

Trump and his fellow Republicans have touted the tax cuts as a boost to growth and jobs.

Think about it. The tax cuts will balloon the nation’s deficit, which will boost growth and jobs. Why? Because tax cuts and deficits leave more money in the economy. That’s a good thing, right?

Not according to Office of Management and Budget Director Mick Mulvaney:

America’s economy will boom as a result of tax cuts, and that will create increased government revenues. That’s the old Laffer curve, showing that tax cuts  “pay for themselves” by increasing tax collections.

The problem is that federal taxes, being financially unnecessary, don’t need to be paid for by taxes. The bottom line is the amount of money coming into the economy.

The more dollars entering the economy, the greater the growth.

Mulvany’s “logic,” if it can be called that, is:

If you believe the way to grow the economy is by shrinking the economy, you are ready to be the next Office of Management and Budget Director.

The Bipartisan Policy Center called the report “a wake up call” for policymakers to turn things around. “The fact that our government is closing in on trillion-dollar deficits in the midst of an economic expansion should be a serious issue for voters and candidates.”

Hoagland’s comment reminds me of a similar comment by Robert M. Hanes, president of the American Bankers Association:

New York Times: Hanes: “. . . unless an end is put to deficit financing, to profligate spending and to indifference as to the nature and extent of governmental borrowing, the nation will surely take the road to dictatorship. . . insolvency is the time-bomb which can eventually destroy the American system . . . the Federal debt . . . threatens the solvency of the entire economy.”

Oh, did I mention that Hanes made his comment on September 26, 1940, when the federal debt was only $40 Billion? It’s $15 Trillion today, and the fake, time-bomb, con job warnings haven’t changed.

Seventy-eight years, year-after-year of “boy who cried wolf” warnings, and nothing has changed and nothing has been learned. The public still believes, and is frightened by, the same old lies.

And then the weirdness reaches its pinnacle:

Much of the widening of the deficit came from more spending on interest payments on the national debt.

Borrowing has increased over the past year, partially to make up for slower growth in tax revenues because of the tax cuts, while military spending has also risen.

Interest payments are an example of a government, which has infinite dollars, pumping dollars into an economy that needs dollars to grow. This is supposed to be a bad thing??

It doesn’t borrow, but instead, it accepts deposits into Treasury Security accounts.

The purpose of these accounts is not to provide the government with spending funds, of which it has infinite. The dollars deposited into T-security accounts are not touched. In fact, they are added to periodically, by interest payments.

When T-securities mature, the dollars in them are returned to the depositors. The dollars are not used by the federal government.

Why does the government accept T-security deposits, if not to use the dollars ? The real purpose of T-securities is:

We conclude with this last bit on nonsense from the Reuters article:

Adding debt servicing costs, the U.S. Federal Reserve is raising interest rates roughly once per quarter in the face of a hot labor market and some signs of inflation.

Some Fed officials have warned that rising U.S. deficits could hamper any U.S. fiscal response to a downturn.

Whenever there are signs of inflation, the Fed increases interest rates. This increases the Demand for dollars, which increases the Value of dollars, thereby stopping inflation. (Value = Demand/Supply).

We’ll end with economics expert, Donald Trump, criticizing the Fed about something of which he knows nothing.

Trump has in turn criticized the Fed’s monetary tightening, saying last week that the central bank had “gone crazy.”

“Gone crazy” means preventing inflation by increasing the value of a dollar, while also requiring the Treasury to pump more stimulus interest dollars into the economy.

Bottom line: For more than 78 years you have been told the same “boy-cries-wolf'” warning, and every year, no wolf shows up. Seventy-eight years!

In the story, the villagers stopped believing the boy, and didn’t come running when a real wolf appeared and the boy cried, “Wolf!”

The last line in the story was, “Nobody believes a liar…even when he is telling the truth!”

This year, you again are being told the same lie — and this year again there will be no wolf.

The only question: Will you again believe the liars?