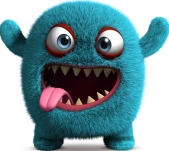 Here are excerpts from a recent article in Forbes Magazine:

Total debt for the five largest U.S. banks have grown by 4.3% over the last twelve months – above the industry-wide growth figure of under 4%.

This is a large increase by these banking giants, given their massive debt base which averaged more than $5.3 trillion in Q3 2017.

This represents a share of more than 40% of the $13.2 trillion U.S. debt market, and this figure is likely to trend even higher.

Sounds frightening, doesn’t it? Our largest banks have gone into debt by an additional 4.3%. Time to pull your money out?

Well, I didn’t lie, but I misled. The actual article read:

Total deposits for the five largest U.S. banks have grown by 4.3% over the last twelve months – above the industry-wide growth figure of under 4%.

This is a commendable feat by these banking giants, given their massive deposit base which averaged more than $5.3 trillion in Q3 2017.

This represents a share of more than 40% of the $13.2 trillion U.S. deposit market, and this figure is likely to trend even higher as the largest banks continue to outperform the overall industry.

I told you this little story to demonstrate how deceptive the word “debt” can be, depending on circumstances.

Well, there is another word that can be equally deceptive and that is the word “deficit,” especially when used in the phrase “trade deficit.”

WASHINGTON — Record exports shaved the U.S. trade deficit in April for the second straight month. But so far this year, the deficit is up 11.5 percent from a year ago despite President Donald Trump’s vow to close the gap through new tariffs on imports and renegotiated trade deals.

The president has proposed tariffs on up to $150 billion in Chinese imports. The Chinese have targeted $50 billion in U.S. products in retaliation.

Talks to head off a trade war between the world’s two largest economies have so far failed to produce a resolution even though China has offered to step up purchases of U.S. farm and energy products.

Trump is also trying to renegotiate the North American Free Trade Agreement with Canada and Mexico. The administration is also taxing imports of steel and aluminum.

The president views trade deficits as a sign of economic weakness that can be brought down by more aggressive trade policies.

What exactly is a trade “deficit” and why does President Trump worry about it?

You should know the answer. Every time you go to your local store, or buy something online, you run a “trade deficit,” which is nothing more than buying more than you sell.

Running a trade deficit is no problem for you, so long as you have sufficient income to pay for what you buy.

And running a trade deficit is no problem for the U.S. Because it is Monetarily Sovereign, it has the unlimited ability to pay for goods and services. The U.S. government never can run short of dollars.

Most economists say trade deficits are caused by bigger economic forces, mainly the fact that the United States consistently spends more than it produces.

The trade gap has continued to rise since Trump entered the White House partly because the U.S. economy is strong and American consumers have an appetite for imported products and the confidence and financial wherewithal to buy them.

The whole concept of a trade deficit is silly at best and deceptive in reality:

Take it a step further: Imagine you own a machine that can print infinite dollars and you grab a big boxful of those dollars and exchange them with a foreigner for a car.

The foreigner gives you a car — something that cost him time, labor, and valuable materials to produce — and you give the foreigner some dollars, of which you have an infinite supply and which cost you nothing to produce.

Who received the better deal, you or the foreigner? Would you look up that exchange as a “deficit”?

If Illinois runs a trade deficit, that might worrisome. Illinois does not own that money-printing machine. It cannot create infinite income the way the federal government can. It must rely on other income sources, notably taxes. The same is true for Cook County and for Chicago.

And you, too. You must have sufficient income, either from earnings, gifts, or borrowing, to pay for goods and services. But the federal government needs none of these.

St. Louis Federal Reserve: “As the sole manufacturer of dollars, whose debt is denominated in dollars, the U.S. government can never become insolvent, i.e., unable to pay its bills.”

So tell me, again, Mr. President, since “trade deficit” means the U.S. exchanges dollars it produces at no cost, for valuable goods and services, why are you concerned? Isn’t a trade deficit the greatest benefit imaginable?

Getting much more value than we give — that’s not a deficit. If anything, it’s a surplus.

What traditionally has been misnamed a “trade deficit,” more properly should be called a “trade surplus,” when referring to the Monetarily Sovereign U.S. government.

Then, everyone could stop wringing their hands in worry.

“Debt” and “deficit” are the most misused and misunderstood words in all of economics, when applied to our Monetarily Sovereign government.

The Ten Steps will grow the economy and narrow the income/wealth/power Gap between the rich and you.