Those of us who are not addled laugh at those who believe the conspiracy rantings of QAnon, Alex Jones, and numerous others of like ilk. 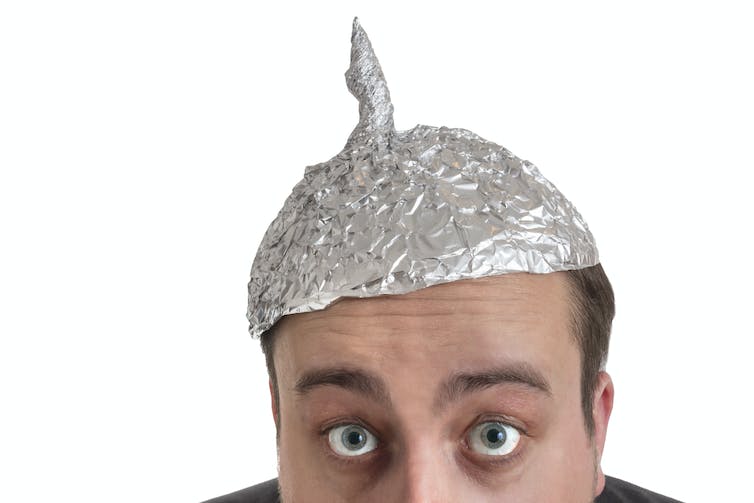 Donald Trump was cheated out of the election.

Hundreds, perhaps even thousands, of these nonsense stories float and are believed by many.

The latter, the Donald Trump lie, fathered a mush-brained attempt to overthrow the U.S. government by people who incredibly thought they were being patriots by violently breaking into Congress.

Such is the mind of the believer.

One commonality among Conspiracy Theories (CT) is that facts don’t matter. You might think that a demonstration of counter-facts would show even the least intelligent that a CT is utter nonsense. The opposite happens.

The demonstration of counter-facts “proves” in the believers’ minds that the CT must be true, and the facts only show how some unknown “they” are hiding the truth.

We’ll begin this exposition by giving you the facts, of which there essentially is one: The U.S. federal government, being Monetarily Sovereign, has 100% control over the U.S. dollar. Neither the federal government nor any of its agencies can run short of dollars.

Despite repeated mischaracterizations, T-bills, T-notes, and T-bonds do not represent borrowing. They represent deposits into Treasury Security accounts, the purpose of which is to stabilize the dollar. Who says so:

Ben Bernanke when he was on 60 Minutes: Scott Pelley: Is that tax money that the Fed is spending? Ben Bernanke: It’s not tax money… We simply use the computer to mark up the size of the account.

Statement from the St. Louis Fed: “As the sole manufacturer of dollars, whose debt is denominated in dollars, the U.S. government can never become insolvent, i.e., unable to pay its bills. In this sense, the government is not dependent on credit markets to remain operational.”

That means the government’s so-called “borrowing” does not help the government spend. The European Central Bank, which also is Monetarily Sovereign, agrees.

I have never met anyone who believes the U.S. government can run short of its sovereign currency. In that vein, the usual reply to questions is, “It always can print more.”

The response is not 100% true — the government does create dollars but does not print them. It prints dollar bills- receipts for dollars, not dollars themselves- but the federal government’s infinite dollar creation ability is correct.

Unlike state and local governments, the federal government pays all its bills by creating new dollars, which it has the infinite ability to do.

THEORY I. Federal spending causes inflation. We have discussed this here, here, and elsewhere. The federal spending/inflation myth has two rationales.

Both those rationales are based on faulty logic.

Increased federal spending provides growth dollars to manufacturers and suppliers, which invest those dollars to increase the supply of goods and services.

When people begin to purchase items that are not necessities, this increases the demand for and prices of all goods and services. Increased federal spending also provides more dollars for previously unaffordable spending, especially for larger ticket items and luxuries. The result:

THEORY II. Federal Spending is Unsustainable. For this, we turn to our favorite conspiracy theorist:

The following is a statement from Maya MacGuineas, president of the Committee for a Responsible Federal Budget (CRFB):

Inflation is surging, interest rates are rising, and debt is growing unsustainably. It is well past time for policymakers to work together to get our fiscal house in order.

The thing commonly called federal “debt” is not a debt or borrowing in the usual sense.

When someone borrows or accrues debt, the purpose is to use the borrowed dollars for spending. But federal “debt” is not something used for spending.

It is the total of dollars deposited into T-security accounts. These accounts resemble safe-deposit boxes in that the holder (the government) never touches the contents, which are owned by the depositor.

T-security accounts give people (and nations) a safe, interest-paying place to store unused dollars. This safety and interest payments help stabilize the value of the dollar.

The government creates new dollars to pay all its bills; it never uses the dollars owned by T-security account holders. It merely holds them, occasionally adding interest to them, and upon maturity, the government sends the dollars back to the owners.

Even under CBO’s outdated economic assumptions and current law policy assumptions, debt will hit a new record in 2031 and rise to an unprecedented 185 percent of GDP in 30 years. We’re entering uncharted territory.

That relationship, Debt/GDP, often falsely is used as a measure of the federal government’s ability to pay off its so-called “debt.”

The assumption is that the higher the ratio, the more difficulty the government has in paying its debt. It is a fale assumption.

“Debt” is deposits into T-security accounts. GDP is total spending in the U.S. by the government, the private sector, and those who import U.S. goods and services. The two figures are not related or comparable.

Worse than an apples/oranges comparison, the Debt/GDP ratio is a monkeys/monkey wrenches comparison: Two unrelated numbers. The federal government pays its debts by creating new dollars, not by raiding T-security accounts.

The evidence that federal “debt” has nothing to do with fiscal health can be seen in the following table. You might expect the nations with the lowest ratio to be the healthiest. Not so. Here are the highs and the lows:

There sits Japan with a 259.0% ratio and the U.S. with a 134.2% ratio. Compare them to Afghanistan, Haiti, Russia, and Myanmar, which have low ratios.

Which are the healthier economies? Which are less likely to default on their financial obligations? There is no financial meaning to the oft-quoted Debt/GDP ratio. It by itself is a conspiracy theory.

Debt scare mongers have been crying wolf about the federal “debt” since at least 1940 perhaps longer, when they called it a “ticking time bomb.”

Over 80 years of ticking and it still has not exploded.

Rising interest rates are fanning the flames of this already dangerous situation. Assuming relatively low rates, interest will hit a record 3.3 percent of GDP by 2032 and more than double that record by 2052.

Again, interest as a percentage of GDP is meaningless, a number that is supposed to scare you. But, rising interest rates are not the result of increased federal spending. They are the Fed’s intentional, though wrongheaded, attempt to cure inflation.

By 2049, interest will be the single largest federal government expenditure, and in combination with health and retirement spending it will make up nearly three-quarters of the budget by 2052.

Translation: By 2049, interest payments will pump more growth dollars into the economy than will any other government expenditure.

The federal government has infinite dollars. The private sector (also known as “the economy”) needs growth dollars. Federal interest payments are affordable for the government and stimulative for the economy.

Again, the DEBT/GDP ratio is meaningless.

All this is a reminder to those who argued we should amp up our borrowing in years past because rates would always remain low that this was a dangerous bet with real consequences.

“Borrowing” means deposits into T-security accounts. The federal government can spend infinite dollars and never “borrows.” Remember what the Fed said, “. . . the government is not dependent on credit markets to remain operational.”

Today’s outlook is all the more reason we need a deficit-reducing reconciliation package focused on generating budgetary savings and controlling inflation.

We need to take action today, before debt and interest costs spiral out of control.

So-called “debt” and interest costs never are out of control for a Monetarily Sovereign entity. They are under total Federal control, whether or not there is inflation, deflation, growth, recession, or depression.

The conspiracy theory repeatedly espoused by the CRFB and others of that ilk can be stated simply: “Federal finances are like private sector (including state/local government) finances.”

But federal finances are nothing like private sector finances.

The story: Federal finances are like private sector finances.

The conspirators: The people, the CRFB, the media, the university economists, and the politicians.

The purpose: Multiple purposes. Many people spread the story out of ignorance. They’ve heard it so many times they’ve come to believe it. And it sounds so logical

Why does the CRFB so avidly promote the theory that federal finances are like private sector finances? They have the same motive as the media, the university professors, and the politicians. They all are bribed by the very rich.

The rich, who run America, always want to be richer. They become richer by widening the income/wealth/power Gap below them. Were it not for the Gap, no one would be rich. We all would be the same.

Almost all your sources of information have been bribed by the rich.

To widen the Gap, your information sources convince you not to ask for government benefits.

So you accept, with only minimum complaint, the levying of the unnecessary FICA tax, which hits you much harder than the rich. It is applied only to salaries, not to other forms of income favored by the rich. And, it stops at about $140K salary, a pittance for the rich.

You accept that Medicare is mainly for the elderly when the federal government easily could provide free Medicare to every man, woman, and child in America.

You accept that Medicare pays only 80% of costs, forcing you to pay the rest or spend money on supplementary insurance.

You accept that there are tax breaks for the rich that you didn’t even know existed — tax breaks that allow billionaires to pay lower taxes than you do.

You accept that there are tax breaks for corporations that allow them to write off every expense, while your write-offs are not only negligible but actually are limited by a “standard deduction.” (You are pleased that the standard deduction goes up because of inflation when it is an increasing limit.)

You accept that you not only must pay income taxes but also spend your time and money computing your income tax when the federal government destroys every penny of taxes you send them.

Finally, you not only accept the Gap-widening, but you are so indoctrinated that you angrily defend it if anyone brings it to your attention. You have become an active participant in spreading the conspiracy theory. And your friends spread it. And their friends spread it.

And now, it has become so embedded into your belief system no one even questions the idea that the federal debt and deficit are too large, or the government can’t afford Medicare for All, or taxes must be increased lest Social Security becomes insolvent. 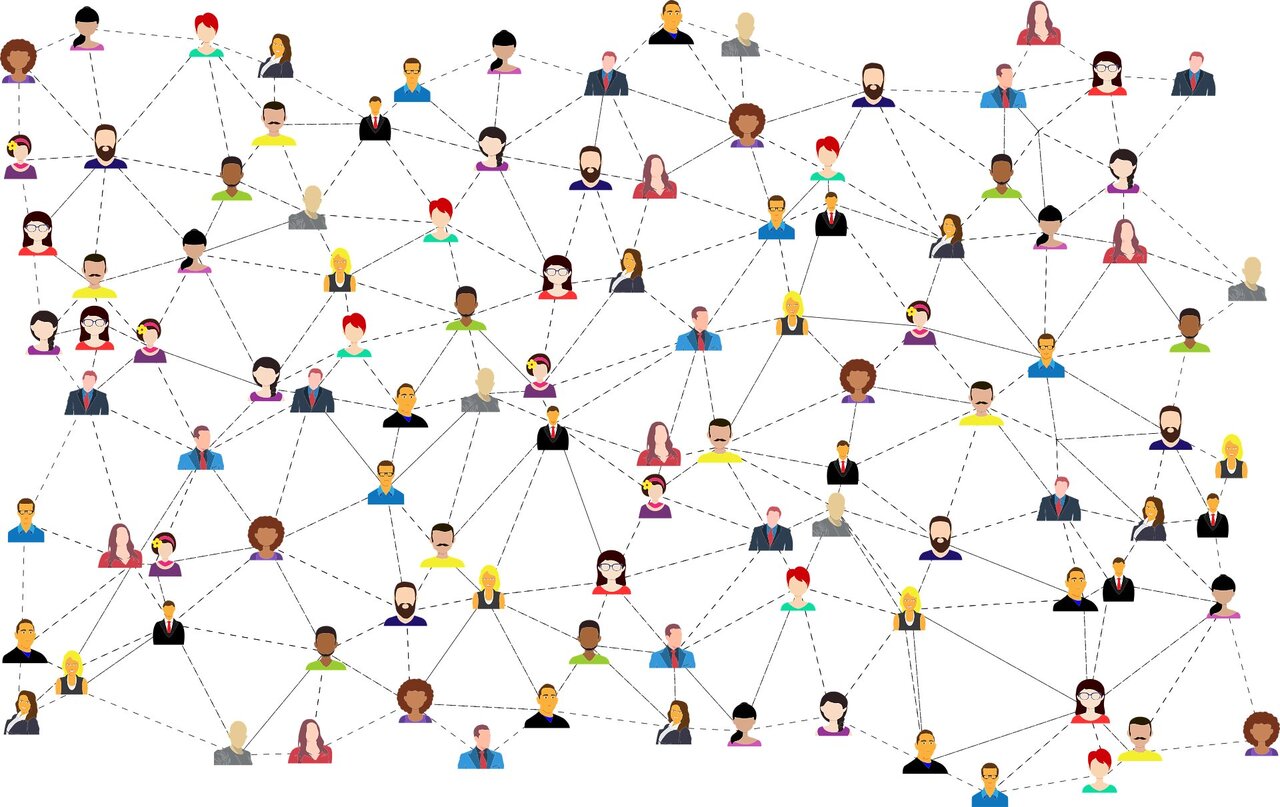 If you listen closely, you will hear the rich laughing at you as you forget or refuse to believe what you just have read or even promulgate it.

Perhaps, you just feel helpless, that you are a voice in the wind, so what is the use to complaining?

But if enough people contact their representatives again and again, eventually, those voices become the wind that blows away the conspiracy.

[No rational person would take dollars from the economy and give them to a federal government that has the infinite ability to create dollars.]