BACKGROUND Being Monetarily Sovereign, the federal government (unlike state and local governments) can never run short of its sovereign currency, the U.S. dollar.

Even if the federal government didn’t collect a penny in taxes, it could continue spending forever.

That is why, for instance, homeownership receives tax advantages while renting receives none. The federal government wished to encourage homeownership.

Why then does the federal government tax salaries at the highest rate while giving tax breaks to almost every other form of income?

No, the reason is simple. The federal government is bought, paid for, and owned by the rich, thanks to Supreme Court decisions that bribe money is a form of free speech.

And it is the rich who receive most of their income from non-salary sources.

Medicare/Social Security taxes are designed to fall least heavily on the rich. To distance themselves from the rest of us, the rich have forced the federal government to give them breaks on taxes.

The federal government neither needs nor uses tax dollars. It destroys tax dollars, which is why the following is a disgrace:

And here is the more interesting information:

If Medicare Part B charges rather substantial premiums — more than $2 thousand a year —  and Medicare Part A is given free to people who supposedly “paid for” Social Security, who pays for Part A?

Answer: The federal government simply creates the dollars that pay for Part A. No taxes. No fake “trust fund.” No worries that it is becoming insolvent.

In that sense, Medicare Part A is like almost all other federal agencies: The Senate, the House of Representatives, the President and White House, the Supreme Court, the CIA, NFA, the military, etc. It simply is funded by federal money creation.

None of them levy dedicated taxes. None of them are burdened with a “trust fund.” The whole Medicare/Social Security taxes and trust fund performance is nothing but a charade.

The government takes money from you and destroys it.

The answer: To prevent you from asking for the kinds of tax benefits the rich routinely receive. How else do you believe a billionaire like Donald Trump paid no income taxes in 10 out of 15 years beginning in 2000?

Think of it: You pay more taxes than did a billionaire. And when you ask for benefits, you are told the government can’t afford them. That is The Big Lie.

You were brought up to believe “there’s no such thing as a free lunch,” and that everything must be paid for. While that’s true for state and local governments, and for businesses, and for you, it’s not true for the federal government.

The government can create infinite dollars by pressing computer keys. Federal deficit spending costs you nothing, not one penny in taxes.

All this came to mind yet again when I saw these articles:

The head of a Senate panel that oversees Medicare says the Biden administration should use its legal authority to cut back a hefty premium increase soon hitting millions of enrollees, as a growing number of Democratic lawmakers call for action amid worries over rising inflation.

Last month, Medicare announced one of the largest increases ever in its “Part B” monthly premium for outpatient care, nearly $22, from $148.50 currently to $170.10 starting in January.

The agency attributed roughly half the hike, about $11 a month, to the need for a contingency fund to cover Aduhelm, a new $56,000 Alzheimer’s drug from Biogen whose benefits have been widely questioned.

First: Medicare doesn’t need or use premiums. The federal government has the infinite ability to pay for Medicare, and as for those premiums, they are destroyed upon receipt by the Treasury.

That premium increase was wholly unnecessary. No matter what costs Medicare faces, the federal government simply pays them. Part A charges no premiums. Nether should Part B. (Or Part D for that matter.)

Second: The government can do whatever it wishes regarding Social Security and Medicare finances. It can increase premiums, cut premiums or do without premiums, altogether.

Third: The “trust funds” are not real trust funds and the so called “trustees” are not trustees. The whole system merely is bookkeeping line items showing how many dollars come in and how many go out. The federal government has total control over its books and can change those numbers at will.

Fourth: The government doesn’t need or use “contingency funds.” It creates ad hoc dollars every time it pays a bill. As previous Fed Chairmen have said:

Subsequently, the manufacturer of Aduhelm cut the price in half, reducing Medicare’s anticipated payments. You might thing the government would return the premium dollars it had overcharged.

“That has generated sizeable savings for Medicare. But those savings will not be passed along to Medicare Part B enrollees in the form of a premium reduction — at least not this year.”

Then, from a related article:

Two years ago, plenty of pundits were warning that the pandemic-induced economic plunge would blow huge holes in these two mammoth social insurance battleships.

As a result, Social Security’s trustees forecast that the combined retirement and disability trust funds will be depleted in 2035—one year later than last year’s forecast.

The Medicare trustees report that the Hospital Insurance, or HI, trust fund will be emptied in 2028—two years later than forecast last year.

The private sector, i.e. the people of America, are being cheated by their own government. Unfortunately, even the people who pretend to protect us promulgate the Big Lie that federal taxes are necessary to fund federal spending.

For most Medicare enrollees, the premium is deducted from their Social Security checks.

Without further action, it would swallow up a significant chunk of seniors’ 5.9% cost of living increase. “Rather than assessing the current $21.60 per month … premium increase in full, I urge you to reduce the amount,” Senate Finance Chairman Ron Wyden, D-Ore., wrote health secretary Xavier Becerra.

Quote from Ben Bernanke when he was on 60 Minutes:
Scott Pelley: Is that tax money that the Fed is spending?
Ben Bernanke: It’s not tax money… We simply use the computer to mark up the size of the account.

No, it isn’t possible. Senators are in on the scheme.

A copy of the letter was provided to The Associated Press on Monday. There was no immediate response from the administration.

But Wyden wrote Becerra that as secretary of Health and Human Services, he has “broad authority” to determine the “appropriate contingency margin” to use in setting premiums.

If Wyden has “broad authority,” he should set the amount to be collected at $0. The Federal government would continue to fund Medicare as before.

Given that Medicare is still developing its formal policy for covering Aduhelm, Wyden said there is a clear rationale for collecting less up front at this particular time.

“It is possible that any near-term Medicare coverage for Aduhelm … could have a limited and narrow scope,” he wrote.

“Uncertainty” over the drug’s financial impact on Medicare appeared to be driving much of the calculation of the new premium, Wyden noted.

The drug will have no financial impact on Medicare. With or without paying for Aduhelm, the federal government still will have infinite dollars. Aduhelm will make no change in that.

Soon after Medicare announced the increase last month, Vermont Independent Sen. Bernie Sanders called on the administration to roll it back. 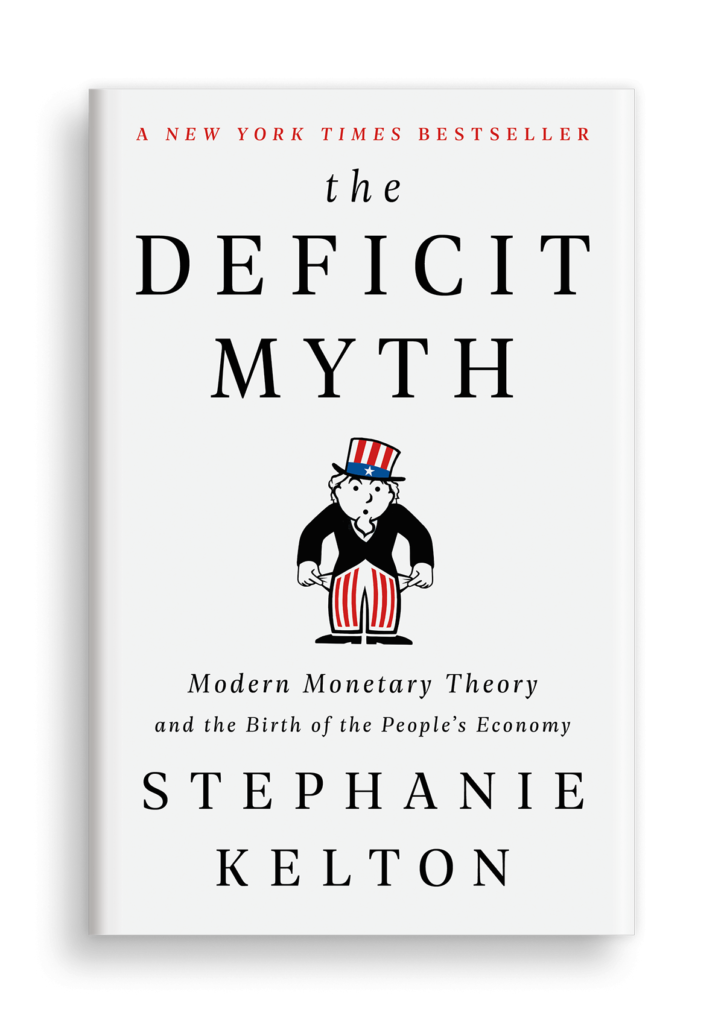 Sanders knows the truth. He had employed Professor Stephanie Kelton, a lady who understands Monetary Sovereignty, to be Chief Economist for the Democrats on the Senate Budget Committee and economic advisor to Bernie Sanders.

Wyden also said he had concerns and was exploring options.

And last week Democratic Senators Maggie Hassan of New Hampshire, Jacky Rosen of Nevada, Chris Van Hollen of Maryland, Mark Kelly of Arizona, and Jack Reed of Rhode Island wrote President Joe Biden that “we must address this issue as quickly as possible.”

Some groups representing older people are anticipating a backlash from Medicare recipients if nothing is done.

The way to “address the issue” is to tell the American public that federal taxes do not fund federal spending.

[No rational person would take dollars from the economy and give them to a federal government that has the infinite ability to create dollars.]

2 thoughts on “The Medicare disgrace keeps getting worse”