Would you like to work fewer hours for the same pay? You may think this is obvious, but it is a serious question that employees and employers are beginning to ask.

The following excerpts from an online article predict the 4-day work week will result from COVID-related burnout. We, however, believe the number of working hours will shrink, but not only from burnout but from factors even more fundamental.

“Burnout” is a state of mind. It represents a divergence from what is considered acceptable.

Years ago, more people worked 6-day weeks. They might not have enjoyed the experience, but they didn’t “burn out.” They just kept going, because it was seen as normal.

They may not allow themselves to “burn out.” They just trudge ahead.

Some business owners work 7 days a week, building their businesses. If a business is successful, the owner probably will not burn out. But when the business struggles, burnout could come quickly.

That provides a clue to what burnout really is. It may not be related to hours, but more importantly to feelings of accomplishment, human relationships, or importantly, the lack thereof.

Consider your own situation. Do you work in:

*A relatively mindless, repetitive job, for which there is no “winning,” no sense of accomplishment?

*A job in which any error you make will be criticized, but if you make no errors, no one will notice?

*A job you never can finish, and you feel under pressure to keep up?

*A dreary job that has no “happy” days, only misery days?

*A lonely job where you have no friends or are unable to take time to converse with your fellow employees?

If so, you may be ripe for burnout. Consider that as you read these excerpts:

People are burned out and quitting their jobs. Could a 4-day work week help?

The pandemic changed the way many of us perceive our jobs. Working from home became the norm for people privileged enough to do so — and as a result, working in offices has started to seem burdensome and a bit nonsensical.

Now that some businesses are starting to require people to go back to actual physical workplaces, a large swath of people are either quitting their jobs, or seriously considering quitting.

Keep in mind that the author is talking about people who had out-of-home jobs and were satisfied. Then they began to work at home, and having recently returned to their previous workplace, find themselves burned out.

It’s pretty surprising that Japan is the country leading the way to more relaxed options for workers, because the country is known for its, um, intense work culture. There’s even a Japanese word — karoshi — that translates to “death by overwork.”

To combat burnout, Japan unveiled a plan this week to make working 32 hours a week the new normal.

It’s not just the Japanese government that thinks working fewer hours might be a solution to overwork.

Kickstarter announced Tuesday that it is instituting a 32 hour work week without reducing pay, and the Prime Ministers of both Finland and New Zealand have also entertained the idea, reported the Washington Post.

Also, Spain decided back in March that it would be experimenting with a three-year test run of the 32-hour work week.

The four-day work week is an idea that has been floated off and on since the 1970s. So, what’s making both nations and big corporations reconsider the traditional 40-hour work week now?

Well, firstly, working during a global crisis has led to widespread burnout for many, and some experts also think a more reasonable set of hours is a way to make themselves more attractive to a new generation of workers.

“Younger people are demanding more out of their work environment than just a paycheck,” professor of business law at the University of Connecticut, told The Washington Post.

“They want to work with someone who believes in their values — and the expression of a four-day workweek sends a signal that the company cares about work-life balance in a significant and meaningful way.”

People want to feel their efforts have meaning. People do not want to feel constant, unremitting pressure with no reward.

Most of the research about decreasing the number of hours people work doesn’t decrease their productivity. In fact, working fewer hours could make people more productive.

Microsoft introduced the four day work week to employees in Japan in August of 2019, and they found that it increased productivity by 40%, reduced the waste the company created, and reduced the amount of electricity the company used.

Plus, 94% of employees were happy with it, reported the Post.

There are issues beyond initial results. Burnout occurs over weeks, months, years, even decades and can be attributed to many factors.

One factor not mentioned is the effect of the research itself. Giving people an extra day off, or an extra hour-per-day off creates a change from the grinding sameness of many jobs.

The very fact of change, or the participation in an experiment, can provide an exhilaration that temporarily can offset feelings of burnout.

We do not know whether years of 32 hour weeks, either via a day off per week, or time off per day, would yield the same results.

The ordinary, the commonplace, the dull, the repetitive — all may be precursors to burnout,  and mere change could prevent it.

Another factor to consider: Automation. Computers, particularly “smart” computers, can increase perceived productivity by allowing one human worker to accomplish more. Worker productivity is not so much a worker’s function as it is a tool function.

That means today’s interesting job could be tomorrow’s dull job if much of the interesting parts are handled by computers. There is a vast difference between analyzing data to make decisions vs. punching in data to read a computer’s decisions.

The former can be interesting and stimulating; the latter can be dull.

Yet another factor is global warming plus the use of the earth’s resources. The home-work-home roundtrip is inefficient. The use of fossil fuels along with transportation vehicles contributes very little to productivity while wasting our precious and limited life’s time.

I expect governments soon will begin to reward companies that encourage and implement work-at-home, while also rewarding employees who do the same.

And then, there is the spare-time factor, and what to do with it. Retired people work as little as 0 hours per week, and many of them struggle to find something interesting to occupy their hours — especially true if life spans increase.

They can experience a form of burnout from doing nothing.

But money is nothing more than a spreadsheet notation, which our Monetarily Sovereign federal government has the unlimited ability to produce.

Medicare, Medicaid, Social Security, poverty aids have reduced for many people the desperate need to labor at the most unpleasant jobs — the jobs most likely to lead to burnout.

SUMMARY
The topic of “burnout” is amazingly complex. No one factor is responsible, and no one action can prevent it. In fact, even the word itself means different things to different people.

The commonality may be feelings of negative exhaustion, futility, hopelessness along with the strong need for change.

There was a time when people were expected to come to central work locations and to work longer hours than today’s standard 40 hour week.

Thus, for the many reasons described above, the incidence of burnout may not necessarily correlate only to hours of work, either over the short or the long term, but more importantly, the nature of the work.

That said, average hours worked probably will continue to decline, mostly because improved computers and machine learning will transfer many jobs from human-skill to computer-skill.

The challenge for businesses will be to help enrich the working, and even the non-working hours, so that burnout becomes less likely an issue.

I suggest that the traditional 40 hour week will disappear as 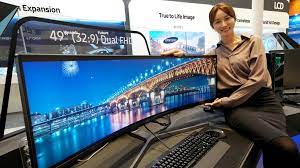 Humans, perhaps uniquely among species, increasingly have focused on labor-saving.

That focus combined with advanced computerization can lead to a decline in drudgery and burnout — along with hours worked and working distance from home.

8 thoughts on “Are you burned out? Is the 4-day work week inevitable?”