After the hatred and the bigotry, after the pro-rich and the anti-middle and poor, after the anti-science and pro-lies, after QAnon, the boogaloo bois, and the white supremacist, fascist Proud Boys, now comes the fresh air of the Biden administration, except . . .

. . . except President Biden is determined to squander it. 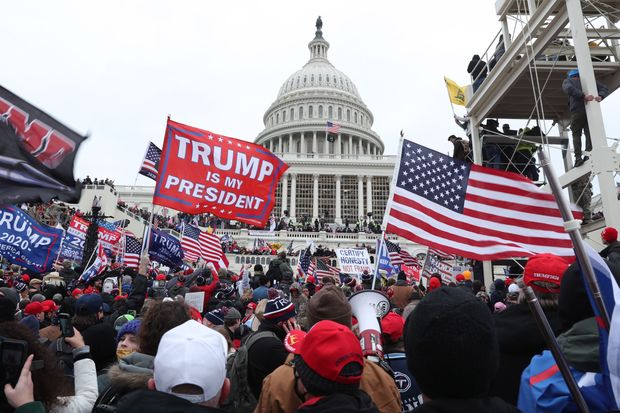 After the traitors attacked our Congress and an election that could have sent America into a dictatorship, but by the grace of God prevented the vilest criminal President in American history from continuing his march down America-the-Hate-Monger Road, now we are beginning again to remember American morality and compassion, except . . .

We still teeter on the fence.

Here are excerpts from an article in today’s Chicago Tribune:

The Biden administration unveiled its plan to overhaul the corporate tax code Wednesday, offering an array of proposals that would require large companies to pay higher taxes to help fund the White House’s economic agenda, including a $2.3 trillion infrastructure package.

The federal government will pump trillions of dollars into the economy. All those added dollars will fund myriad business programs that benefit America and together will add the jobs improving Americans’ lives.

Now, President Biden says he will increase taxes on business. These taxes will remove dollars from the very businesses that Biden expects to do the work and add the jobs that improve Americans’ lives.

Each dollar of Biden’s proposed taxes will undo each stimulus dollar.

If you asked, “What is the best way to negate the positive effects of the trillion-dollar stimuli?”, the answer would be: “Increase taxes on business.”

Why is that so hard for Biden and the Democrats to understand?

This all would be forgivable if the dollars were coming from the rich, and thus closing the Gap between the very rich and the rest.

But taking dollars from businesses doesn’t do that. It takes away jobs and productive power. Taxing businesses punishes workers. It punishes the very organizations that would accomplish all the changes Biden claims he wants accomplished

The plan, if enacted, would usher in major changes for U.S. companies, which have long embraced quirks in the tax code that allowed them to lower or eliminate their tax liability, often by shifting profits overseas.

Translation: “Quirks” in the tax code have allowed U.S. companies to be more profitable, and presumably, profitable business is a bad thing for America. ???

The only questions Biden must answer are:

Then levy your taxes only on businesses you wish to discourage.

Biden doesn’t understand this. He falsely believes the purpose of federal taxes is to “pay for” federal spending. He has no comprehension of Monetary Sovereignty.

So he will charge ahead with tax programs that hamstring the drivers of the American economy: American business. He does not understand that:

Just as federal spending is a stimulus, federal taxing is an anti-stimulus.

Why he doesn’t see that, I cannot say but clearly, he believes that removing dollars from the economy is a good idea for economic growth.

In a Wednesday afternoon speech, President Joe Biden noted that he was open to compromise on how to pay for the infrastructure package, but turned fiery in insisting that inaction is unacceptable, saying that the United States is failing to build, invest and research for the future and that failure to do so amounts to giving up on “leading the world.”

He’s right about “failing to build, invest and research for the future,” but that is not accomplished by taking money from America’s prime instruments for building, investing, and research: American business.

Is it possible that the President of the United States does not understand that the U.S. government pays for everything in the same way: It creates new dollars, ad hoc, every time it pays a supplier.

It should be obvious that if tax dollars paid for federal spending, the government could not have spent $25 trillion more dollars than it received in taxes.

“Compromise is inevitable,” Biden said. “We’ll be open to good ideas in good faith negotiations. But here’s what we won’t be open to: We will not be open to doing nothing. Inaction, simply, is not an option.”

Message to President Biden: Compromise is possible only if you are willing to listen and learn, in this instance, learn the facts of Monetary Sovereignty, which briefly are:

Thus, the result is the same, with the only difference being one of targeting. If for instance, the government wants bridges built, it can reduce taxes on bridge-builders and/or it can pay bridge-builders to build.

But for Biden to pay for bridges, and then to tax the bridge-builders, is to work at cross purposes with himself.

Biden wants to pour water into a bucket while knocking a hole in the bottom.

“What the president proposed this week is not an infrastructure bill,” Sen. Roger Wicker, R-Miss., said on NBC’s “Meet the Press.

“It’s a huge tax increase, for one thing. And it’s a tax increase on small businesses, on job creators in the United States.”

Some corporations have expressed a willingness to pay more in taxes, but the overall scope of the proposal is likely to draw backlash from the business community, which has benefited for years from loopholes in the tax code and a relaxed approach to enforcement.

Then Biden admits that federal taxes are a burden on American business:

The Biden administration’s plan, announced by the Treasury Department, would raise the corporate tax rate to 28% from 21%.

The administration said the increase would bring the U.S. corporate tax rate more closely in line with other advanced economies and reduce inequality.

It would also remain lower than it was before the 2017 Trump tax cuts, when the rate stood at 35%.

But Biden said he was willing to accept a rate below 28% so long as the economic projects he envisions are financed and taxes are not increased on people making less than $400,000.

But I am willing to negotiate. I’ve come forward with the best, most rational way, in my view the fairest way, to pay for it, but there are many other ways as well.”

Yes, there is one other way to pay for it, and that is the way a Monetarily Sovereign government pays for everything. It simply creates the needed money.

No sensible person would pump money into the economy, then pull money out of the economy, and still believe he was helping the economy grow.

A growing economy requires a growing money supply. This is demonstrated by the basic formula for economic growth:

The president added that America’s position in the world was incumbent on taking aggressive action on modern infrastructure that serves a computerized age. Otherwise, the county would lose out to China in what he believes is a fundamental test of democracy.

Biden is right that America needs to upgrade its infrastructure.

The Republicans are right that federal taxes, which take dollars out of the economy, are recessive.

That is one important difference between Monetarily Sovereign federal finance vs. monetarily non-sovereign state/local government finance.

“You think China is waiting around to invest in this digital infrastructure or on research and development? I promise you. They are not waiting.

But they’re counting on American democracy, to be too slow, too limited and too divided to keep pace.”

No, they’re counting on American politicians not to understand Monetary Sovereignty, and thus tax their engines of economic growth.

Biden’s former boss, Barack Obama, made the same mistake. He too believed that federal taxes funded federal spending. The result was a much slower recovery from the Great Recession what was possible.

The plan also tries to crack down on large, profitable companies that pay little or no income taxes yet signal large profits to companies with their “book value.”

To cut down on that disparity, companies would have to pay a minimum tax of 15% on book income, which businesses report to investors and which are often used to judge shareholder and executive payouts.

Someone please enlighten me. How would taxing businesses help America grow?

Taking money from business and giving it to the government, does not make America richer.

THE SOLE PURPOSE OF GOVERNMENT IS TO IMPROVE AND PROTECT THE LIVES OF THE PEOPLE.The most important problems in economics involve: