Here is an article from today’s Chicago Tribune. It is designed to fool you. Let us count the ways: 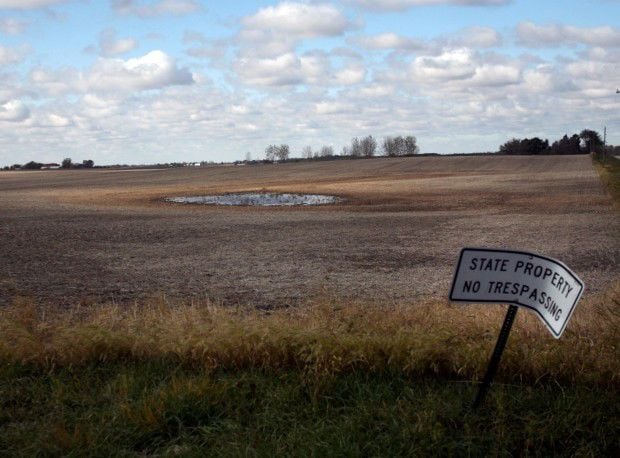 The boondoggle of giant infrastructure packages (can you say Peotone?)

The “Peotone” reference has to do with a proposed and unnecessary airport to be built near the small town of Peotone Illinois.

It would have been funded by the state of Illinois.

The state politicians bought the land around Peotone, hoping to make a big big killing.

The airport never was built.

It was a scandal in the state, but it has nothing to do with Biden’s infrastructure proposal.

The sole purpose of mentioning “Peotone” was to make you believe Biden’s proposal is a scandal.

After a year of blowout spending aimed at combating COVID-19 and its economic effects, the tab for taxpayers totals $4 trillion, financed with budget deficits larger than any seen since Americans were fighting World War II.

So you might think politicians would want to take a breather and look for ways to restore a modicum of fiscal discipline.

He hopes you falsely believe that federal taxpayers fund federal spending. But keep this in mind”

The federal government, being Monetarily Sovereign, creates brand new dollars, ad hoc, every time it pays a bill. No taxes or taxpayers are involved.

That is one of the primary differences between federal financing and all other domestic government financing.

But no. President Joe Biden is preparing to go even bigger, with a package aimed at upgrading infrastructure and creating jobs that adds up to another $3 trillion.

A measure of the economy is called, “Gross Domestic Product” (GDP). The formula for GDP is:

So the infrastructure package absolutely, positively will grow the economy. That is simple algebra.

Infrastructure is one of those government obligations that requires regular investment and upkeep. No one wants to drive on potholed roads or sagging bridges. Aging buses and rail cars don’t make for the most pleasant of commutes.

But as with most outlays, frugal targeting is essential to avoid waste and excess. The bigger the package, the greater the chance that money will be misdirected.

The first paragraph understates the problem. It’s not just a matter of inconvenience and “No one wants to . . . ”

The very survival of the American economy depends on an updated infrastructure.

The second paragraph is just a meaningless warning against any big project. If the government spends nothing, no money will be “misdirected,” and the more that is spent, the more chance of misdirections. So?? Spend nothing??

The fact of Monetary Sovereignty if that even wasteful spending helps the economy grow, as the above formula demonstrates.

Even wasteful dollars flow through the economy, helping to create jobs and enriching the populace. And remember, since taxes don’t fund fedeal spending, “wasteful” spending (whatever that may be), costs you nothing.

Flashy projects that don’t justify their costs may get funded instead of mundane but valuable ones.

To which “flashy project” is he referring? He never says. He’s just opposed to federal spending.

What he doesn’t tell you is that economic growth relies on federal deficit spending, without which we have recessions and depressions.

(vertical gray bars), which are cured by debt growth increases.

Now we come to a truly ignorant and deceptive comment:

Proponents claim that our roads and bridges are dissolving like a graham cracker in a glass of milk.

In fact, the great majority of them are in decent condition, and the biggest problems are concentrated in a relatively few states.

That’s why most infrastructure spending decisions are, and should be, decided at the state and local levels where the benefits are concentrated.

To the author this is not something for the federal government to worry about, because the “majority” are still in decent condition, today.

If Texas taxpayers don’t want to finance rail investments, maybe the rest of us should demur.

In short, the author tells you that if the Texan rail system falls apart, it won’t affect you, in the rest of the country.

Do you believe that? Apparently, the author does, or at least, he wants you to believe it.

And, of course, he fails to mention that when Texas spends, that really does cost Texas’s taxpayers, but when the federal government spends, it doesn’t cost you or them, anything.

Then, without realizing it, the author admits that federal spending helps grow the economy, but he tries to make it sound like a bad thing.

Residents of Illinois know that infrastructure can consume tax dollars but serve more as a bonus program for lawmakers who can brag of bringing home the bacon.

And countless special interest groups, from asphalt and engineering firms to waste haulers and construction suppliers, lobby hard for infrastructure investment — and donate heavily to the campaigns of the elected officials in charge.

Yes, organized labor (as well as unorganized labor) — all labor, in fact — likes putting people to work. The author wants you to believe this is a bad thing.

And benefiting business is supposed to be a bad thing, too??

Many people have moved out of cities because they no longer have to show up at their workplaces every day — if ever. Ride-sharing services had already lured away many transit customers.

What will the demand for mass transit be five years from now? That’s highly uncertain, which argues for holding off on major investments that may end up being ill-suited for the needs of the future.

The argument is: Because no one can predict the needs of the future, don’t repair mass transit now. So, he tells you, there is no need to repair roads, or bridges, or railroads, the future might be Zoom-based work-at-home. Or maybe not.

In any event, he proposes we wait until the roads, rails, bridges, dams are collapsing around us before we begin to fix them.

The Biden administration seems to think it can justify every outlay in the name of creating jobs.

But if the federal government borrows hundreds of billions of dollars to spend on infrastructure, those funds can’t be used to finance private investment that would also create jobs.

The federal government does not borrow. It has the unlimited ability to create dollars, so why would it ever borrow?

What is misnamed “borrowing” really is the acceptance of deposits into Treasury Security accounts (T-bills, T-notes, T-bonds). These accountsmost closely resemble safe-deposit boxes that pay interest.

The government never touches the dollars in these accounts. Instead, the money sits there, accumulationg interest, and upon maturity, the money is returned to the account owners.

The federal government never can run short of dollars, so the claim, “. . .  those funds can’t be used to finance private investment” is utter nonsense.

Tax increases would also divert resources from the private sector.

And a nation doesn’t grow richer by paying people to work on lavish boondoggles.

There are no tax increases caused by federal spending. In fact, even if the government didn’t collect a single penny in taxes, it could continue spending, forever.

And ever though the author doesn’t mention any “lavish boondoggles” that supposedly might appear in Biden’s proposal, if there were any, they in fact, would help the nation grow richer by adding dollars to the private sector.

And finally, the author seems to understand the abject ignorance of all he has written, he comes up with this pitiful, semi-apology:

We’re not opposed to all infrastructure investments. Some roads and bridges need attention. Measures to mitigate the effects of climate change are overdue. Clean energy ventures could help reduce our use of fossil fuels. But each item should have to pass a rigorous cost-benefit test.

An infrastructure push could produce a lot of capital improvements that will make our lives better.

But it’s not enough for Washington to spend. It has to spend wisely.

So after his long, misleading diatribe telling you all the reasons why the federal government should not spend, he summarizes with, in effect, “Spend wisely.”

As the headline of this post says, “This newspaper article is designed to fool you. Are you fooled?”

2 thoughts on “This newspaper article is designed to fool you. Are you fooled?”