“My only question is, who is our bigger enemy, Jay Powell or Chairman Xi?” Mr. Trump wrote.

Kevin Cramer, Republican of North Dakota criticized Mr. Trump’s attacks on Mr. Powell: “This is an area where I frankly disagree with the president. He’s forever attacking the Federal Reserve and particularly Jay Powell.

To Trump, nothing is independent of politics. Trump has but one criterion in evaluating people: Do they express eternal fealty for him?

As for other criteria: Talent? No.
Knowledge” No.
Honesty? Are you kidding? In a Trump administration?
Intelligence? Only if it’s low.

Lawmakers from both parties routinely give the Fed chair high marks.

Their view of the chair matters, because while the president nominates members to the Fed’s Board of Governors, the White House has no other significant power over the central bank.

Sadly, the President does have the power to fire the Fed Chairman “for cause,” which with a slavish, timid, immoral GOP, “cause” would be any nonsense Trump could dream up.

Thank heavens Trump feels reluctant to take that step, or by now we would have had half a dozen Scott Pruits and Paul Manaforts as Fed Chairmen.

Trump has recently nominated a Fed critic, Judy Shelton, to sit among the Fed’s leadership in Washington.

True to form, Trump has nominated a useless sycophant:

Which Judy Shelton will the Fed get? Gold standard advocate or Trump defender?
By Sam Bell, Jan 29, 2020
Fed nominee has flip-flopped 180 degrees on monetary policy since Trump’s election; will she flip back?

After describing low interest rates as an assault on democratic capitalism during the Obama years, Shelton now embraces lower rates and suggests that the next Bretton Woods conference to reshape international monetary arrangements should be held at Mar-a-Lago.

Many have already written about her flip-flops, including the Wall Street Journal’s Greg Ip and Bloomberg’s Ramesh Ponnuru.

As Ip writes, “Having accused the Fed, under Mr. Obama, ‘of catering to the political class,’ she now says it should support Mr. Trump’s agenda by cutting interest rates to ‘ensure maximum access to capital.’”

If the above doesn’t send shivers up your spine, you have become far too inured to Trump’s own lies and incompetence.

Not only does Shelton have no consistent or coherent policy regarding interest rates, and not only is she an obvious fawner to a compulsive “fawnee,” but she wants to return us to a (fools) gold standard.

And not just an ordinary gold standard but . . .

A “Universal Gold Reserve Bank that would have the potential to become a sort of global monetary authority.”

And she fleshes out this truly dumb idea, by making it even worse, if that’s possible:

Circa 2000 Shelton toyed with the idea of a common currency for North America.

She asked, “how can we ignore the parallel need for a common unit of account, a global form of money?”

Ah yes, a a global common currency, a cousin of the truly awful euro, which essentially has destroyed the economies of those nations that have adopted it.

The euro nations, having surrendered control over their own money, and given control to the new Masters, the European Union bankers and their billionaire patrons, have “had” to foist austerity on the masses.

But because exports must equal imports, if some nations have net exports, other nations must have net imports, and net imports send money out of the country.

That’s fine for a Monetarily Sovereign government like the U.S., which has the unlimited ability to create its sovereign currency,  so it never can run short of money. But it’s not so fine for the euro governments, which gave away that power, and who now live at the mercy of rapacious EU bankers.

And that is what Shelton wants for America.

And she is what Trump wants for the Federal Reserve, An obsequious “yes” woman to run  an institution he feels is unnecessary, even harmful.

The self-anointed “stable genius” has all bases covered. He can’t lose.

Judging by her record, a Shelton Federal Reserve would like nothing better than to end the Fed and hand the powers to a new global monetary authority, the Universal Gold Reserve Bank.

She believes that setting monetary policy to address domestic conditions is “selfish.” (Really.)

In the absence of a proper gold standard, she says she favors fixing the dollar to rival currencies or gold. (Never mind that this would put American monetary policy at the whim of gold speculators and European central bankers.)

For Shelton, limiting the Fed’s power is the point.

Of course, this all assumes she would show up for the job. The last time the Senate confirmed her for a position — U.S. envoy to the European Bank for Reconstruction and Development — she missed about half the meetings, as the Wall Street Journal reported in August.

If the lousy attendance record, the ceding of Monetary Sovereignty and the flip-flopping for Trump don’t disturb the Senate, perhaps Milton Friedman’s assessment of Shelton will.

In 1994, he wrote of then-colleague Judy Shelton’s op-ed, “It would be hard to pack more error into so few words.”

A few years ago Shelton supported a Virginia effort to study an alternative Virginia currency should the dollar collapse. Since then that effort has faltered.

Perhaps America would be better served if she focused on helping her home state of Virginia prepare for a catastrophe rather than causing one as a Federal Reserve official.

Because of Trump’s brilliance, his administration, indeed his entire life, has been famous for its revolving door of fools, toadies, liars, and/or miscreants. Consider this cast of characters: 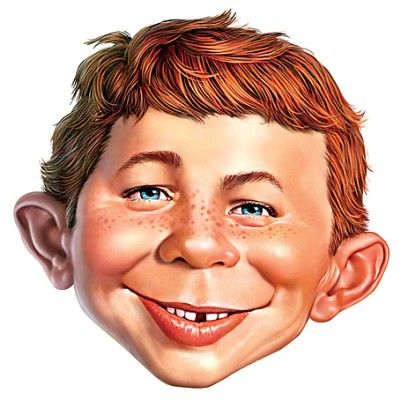 What President ever has surrounded himself with such people?

November is coming. Can we survive that long?

2 thoughts on “Knowing nothing about the role of the Federal Reserve, Trump hires a wrong-headed sycophant.”