Here is just one of the proposals that had to be cut in order to receive Manchin’s blessing. 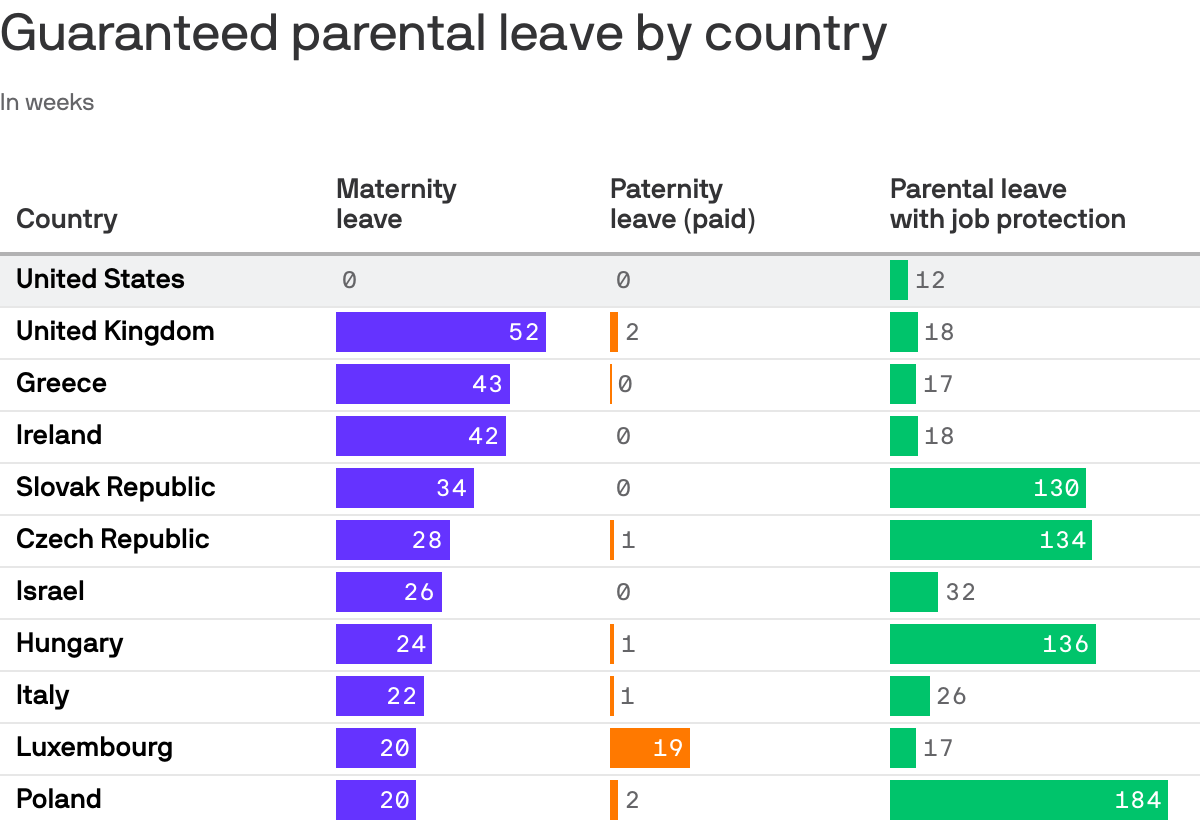 Manchin’s vote is necessary because 100% of Republicans have vowed to vote against ANY program proposed by Democrats. (That’s called “Making America Great Again” aka “Trump Before Country,” and “Trump Before World.”)

With paid family leave OUT of the Build Back Better framework released by the White House yesterday, the U.S. remains one of seven countries without paid leave for new moms, Bloomberg reports.

What an honor. It demonstrates how great we have become. A true world leader.

9 thoughts on “Thanks for nothing Sen. Manchin and the GOP”