If you ever have watched professional wrestling, you know it is a sham — a lie to please the audience. The “wrestlers” (i.e. actors) play their roles.

They express anger, hatred, and agony in their feigned attempt to win. 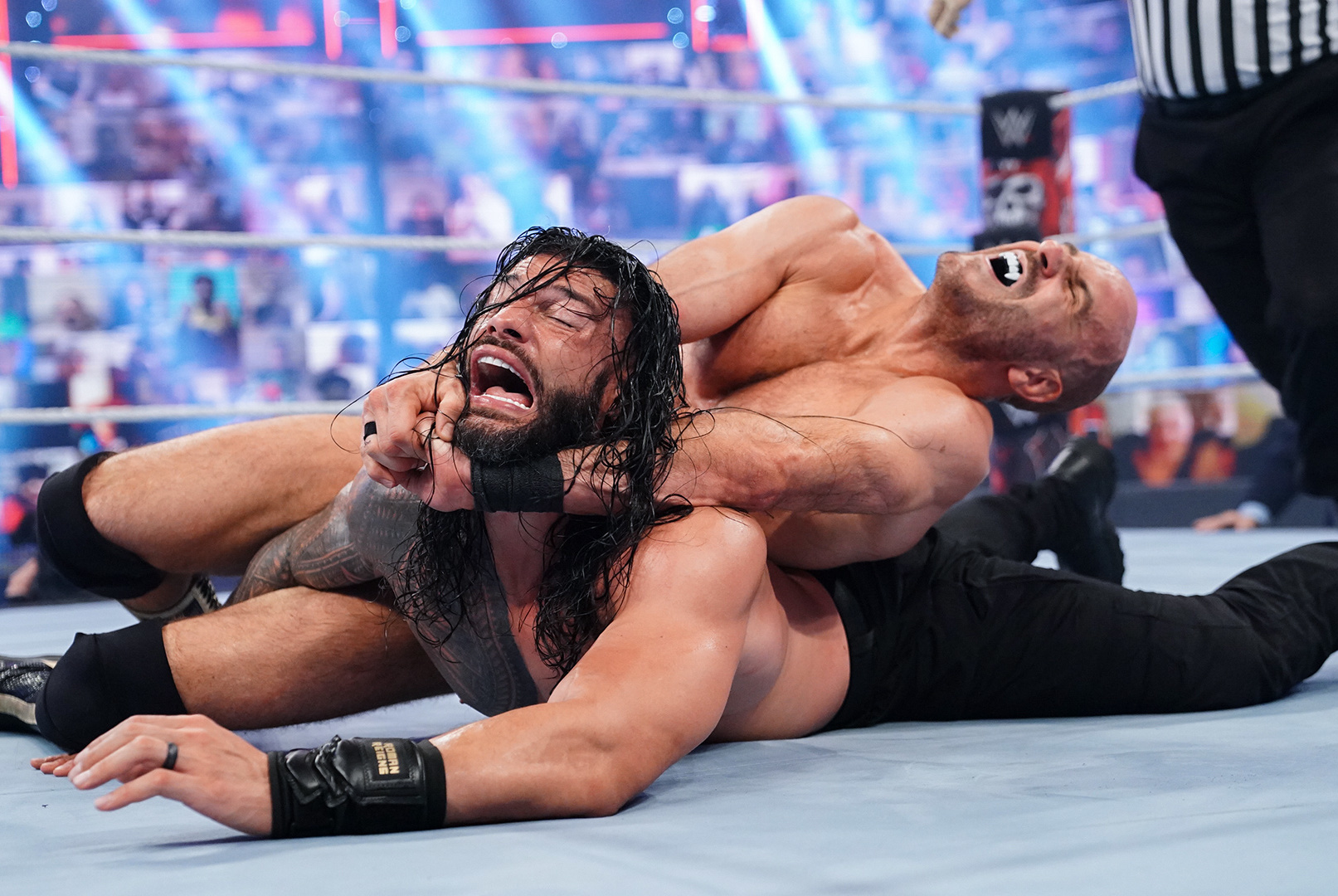 The audience screams in delight when the good guy (the better-looking one) wins, and the bad guy (big, fat, sneaky cheater) claims it was he who has been cheated.

It’s all an act. They are professional liars. It’s theater.

This brings us to the U.S. Congress and the following article:

By LISA MASCARO and JONATHAN LEMIRE

WASHINGTON (AP) — Senate Republicans revived negotiations over President Joe Biden’s sweeping investment plan, preparing a $1 trillion infrastructure proposal that would be funded with COVID-19 relief money as a counteroffer to the White House ahead of a Memorial Day deadline toward a bipartisan deal.

Immediately, we come to the sham — the lie. Federal spending cannot be funded with COVID-19 relief money. That “money” exists, not as money, but only as a law, passed by Congress.

The law says the federal government and its various agencies are allowed to create dollars from thin air, to be spent on COVID relief. Some COVID relief dollars do not yet exist; the rest already have been spent.

More accurately, the paragraph should read: “Congress would arbitrarily change its law to create fewer dollars for COVID relief and more dollars for infrastructure.”

The administration and the GOP senators remain far apart over the size and scope of the investment needed to reboot the nation’s roads, bridges and broadband — but also, as Biden sees it, the child care centers and green energy investments needed for a 21st-century economy. They also can’t agree on how to pay for it.

The agencies then will pay for goods and services by sending checks or wires to suppliers’ banks, telling the banks to increase the balance in the supplier’s checking accounts by __________ dollars. At the moment the banks do as they are instructed, new dollars are created and added to the nation’s M1 money supply.

That is how your federal government creates U.S. dollars.

Biden had dropped his $2.3 trillion opening bid to $1.7 trillion, and Republicans had nudged their initial $568 billion offer up by about $50 billion late last week, but talks teetered as both sides complained the movement was insufficient.

The wrestlers circle one another, growling fake threats. It’s all for the show to impress the audience (i.e. the voters). No one in Congress cares how much money is spent. But they pretend to care because the voters have been brainwashed to care.

The Republicans have uniformly rejected Biden’s plan to pay for the investments by raising the corporate tax rate, from 21% to 28%.

Instead, the GOP senators want to shift unspent COVID-19 relief funds to infrastructure, which may be a nonstarter for Democrats. Republicans also want to rely on gas taxes, tolls and other fees charged to drivers to pay for the highways and other infrastructure.

More fakery. The federal government does not “shift” dollars, nor does it “rely” on taxes, tolls, and other fees. It simply creates all the money it uses by passing laws.

“We are anxious to have a bipartisan agreement,” said Sen. Shelley Moore Capito, R-W.Va., who is leading the group of GOP negotiators.

A GOP aide who spoke on condition of anonymity to discuss the private talks said the price tag would be $1 trillion over eight years, paid for by tapping funds that have been allocated as part of COVID-19 relief but not yet spent. The aide said about $700 billion remains in unspent virus aid.

If it’s unspent, it doesn’t exist. Money exists only when the federal government sends instructions to banks, telling the banks to credit checking accounts. It is impossible to tap funds that have not been created.

The GOP aide really means new laws will have to be written, and if new laws are written, those laws can specify any amount to be spent in any way Congress deems.

Congressional lawmaking and spending are not limited by anything, so there is no reason to cut COVID-19 relief.

Psaki declined to comment on the forthcoming GOP proposal, but Democrats on Capitol Hill were quick to rebuff dipping into coronavirus relief funds, particularly money that had been sent to the states and local governments that now seems less urgent as some jurisdictions reported better-than-expected balance sheets.

In the GOP world, Democrats doing “better-than-expected” is cause for change. Heaven forbid a Democrat’s federal program does better than expected.

The White House is expecting the Republican counteroffer by Thursday and doesn’t want to prejudge what’s in there. But a GOP plan to tap into rescue funds, aides believe, doesn’t work because much of that money has already been exhausted, and it could also diminish the COVID-19 response.

Diminishing the COVID-19 response is the whole point. It would allow the GOP to claim that the Democrats did something wrong. What are a few people’s lives compared to political talking points?

“My view is that we gave that to the cities and states and counties with the understanding that it may take a little time for them to spend it,” said Sen. Chris Van Hollen, D-Md., a longtime congressional budget expert. “I think it’d be a big mistake to try to claw that back.”

It’s a huge mistake, especially since the federal government has no need for the money, and in fact, the government destroys all dollars it receives.

Senate Republican leader Mitch McConnell, who tapped Capito to lead the GOP effort, gave a nod to the latest offer, saying the idea of repurposing the COVID-19 funds was “good advice” from Larry Summers, a Harvard professor.

Larry Summers is a perfect example of the Peter Principle, a man who has risen to his level of incompetence and stayed there.

McConnell has said repeatedly that “100% of my focus” is on stopping Biden’s agenda.

This is the same obstructionist McConnell who prevented a vote for Merrick Garland, and who said his first goal was to make Obama a one-term President, and who is famous for preventing votes on dozens of bills. He is 100% power politics and 0% America.

Today’s GOP is compiling a record of mean-spiritedness (immigration policies, abortion policies, hatred of the poor and people of color) and just plain stupidity (Rep. Greene, denying the results of the election, denying global warming, COVID-19, and mask-wearing).

They are the people who believe professional wrestling is real, and who cheer for the phony pain being inflicted, not understanding that it is all theater for fools, and that they are the fools.

Stupid is sad. Mean is bad. But stupid mean is Republican.