One might think the Democrats would win every election, and not just win but win big.

One might think the Dems would gather nearly every vote from the poor and middle-income, the gays, blacks, browns, yellows, reds, Jews, Muslims, immigrants, the elderly, the sick, the educated, and those who care about the environment, women’s right to an abortion, and America’s democracy.

After all, the Dems are the party that invented and tries to protect and expand Medicare, Social Security, and ACA (Obamacare). They want to raise the minimum wage, give unions a greater voice, and support equal housing legislation.

They also passed the Civil Rights Act of 1964 and the Economic Opportunity Act of 1964. They support free preschool programs for disadvantaged children (Head Start) and volunteer teachers in schools in poor areas (the AmeriCorps VISTA program).

They support more accessible voting for the poor. 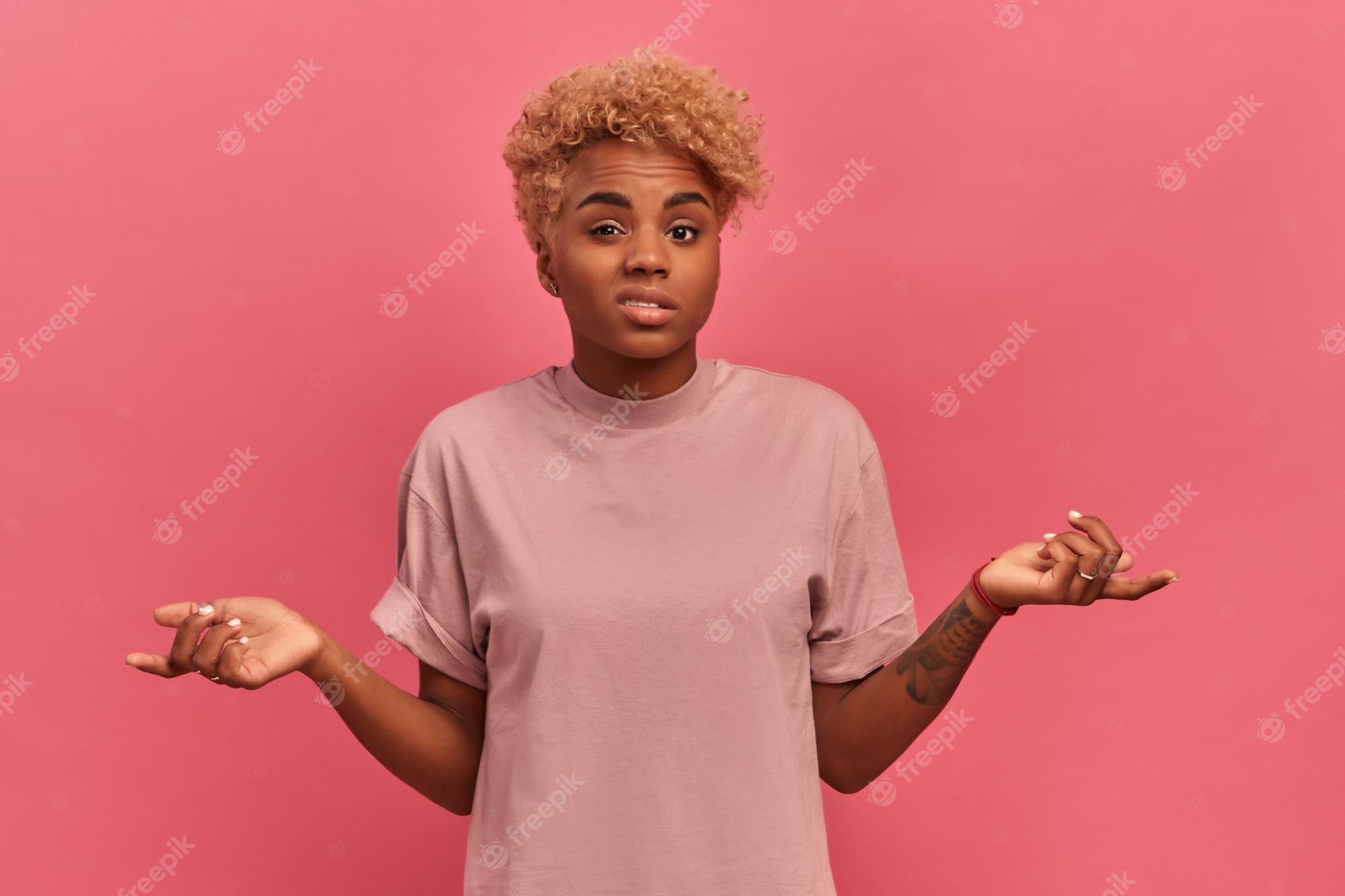 Additionally, the Democrats passed and support:

And they enacted laws strengthening the anti-pollution Air and Water Quality Acts; raised standards ensuring the safety of consumer products; and created the National Endowment for the Arts and Humanities.

The GOP either has opposed all of the above or supported some of it reluctantly. They promise to cut Social Security benefits and/or raise FICA taxes. They repeatedly try to deport the “Dreamers,” children who were brought to the US before the age of 16 and don’t have lawful immigration status. They try to eliminate abortion, even under the most extenuating circumstances.

They also promise to cut Medicare and Medicaid and have tried, for six years, to eliminate Obamacare.

The current Democratic administration added to the list of Democrats’ accomplishments;

The above should help the middle- and lower-income classes and/or aid America’s security. The GOP opposed all of it.

On the other side, the GOP’s main accomplishment is a tax cut for the rich and belated support for the creation of the COVID vaccine (while simultaneously denying the need for a vaccine).

The GOP is led lockstep by a convicted tax cheat, the head of the scam operation known as “Trump University,” an unceasing liar, a conspiracy theorist, and a sympathizer with white supremacists, Nazis, QAnon, and traitors who tried to overthrow the U.S government.

His false and damaging claims about a “stolen” election repeatedly have been rebutted by facts from all sides, though unfortunately parroted by many in the GOP..

He has expressed bigotry against blacks, browns, yellows, reds, Jews, Muslims, gays, Mexicans, and women who are not “beautiful” enough to suit him.

He has cheated on three wives, groped many women, paid hush money to hookers, and disseminated anti-vaccine, anti-virus lies that cost hundreds of thousands of Americans their lives.

No matter what measure one uses, Donald Trump is a bad human being, a psychopath, and a danger to America. That is reality.

Based on the above, one might expect the Democrats to trounce the Republicans in every election. After all, there are far more poor and middle-income people, brown, black, yellow, and red people, far more Jewish, Muslim, and gay people, and far more people who favor abortion than wealthy, white supremacist, right-wing, Christian, male bigots.

Yet, the Republicans are projected to do well in the mid-term elections and beyond.

There are several reasons having to do with individual issues and with the strange way our founders created the American “minority-vote-wins” voting system. But the one overriding reason is Gap Psychology.

Gap Psychology describes your human desire to widen the income/wealth/power Gap below you and to narrow the Gap above you.

Because of Gap Psychology, the middle classes despise the poor even more than the rich do.

While the rich see the poor as a minimal threat — the Gap is too wide to worry much about — the middle sees the poor as an existential danger.

Sometimes, the Gap between the poor and the middle is so narrow as to be almost invisible. For example, some in the middle are outraged about poor children receiving a college scholarship to a school unaffordable for a middle-income family.

The issue of “fairness” — fairness in education, hiring, and all types of government aid — hangs heavily over the middle-income mind. While the middle may be mildly concerned about the massive tax breaks the rich receive, they are outraged by the small preferences the poor may receive.

Many in the middle live in neighborhoods that abut poor, crime-ridden areas. They see the poor as dangerous criminals living right next door. That Gap is perceived as narrow.

The poor, of course, live among the poor and despise them. It’s a form of self-loathing related to denial of the truth. Most poor don’t think of themselves as poor but rather “unlucky.” It is those around them who are deservedly “poor” and so should not receive aid.

These people seek a leader who will not lift the poor but rather will punish them and push them down. Lifting the poor would narrow the Gap vs. the “unlucky,” which is the last thing the “unlucky” want.

The poor and middle do not hate the rich. They admire the rich and aspire to be rich. If they cannot be rich, they want to be like the rich, and in that way, narrow the psychological Gap between them and the rich.

Far from being a negative, Donald Trump’s wealth is an election advantage in that it attracts his MAGA followers. They live his extravagant life through him. They resent those who would bring their hero down.

Never mind his many failings, he is their rich guy, their protector.

Common sense might dictate that the massive population advantage of the poor and middle-income/wealth/power groups vs. the rich would mean the GOP — the party of the rich — never would win an election.

And that would be true if people voted logically and in their own self-interest.

But people do not act logically; they act emotionally, with fear and hatred being our strongest emotions.

The Republican leadership has nurtured the idea that only the GOP can be trusted to keep “them” (the poor, the blacks, browns, gays, etc.) down, so the various Gaps between the middle and poor will be maintained or widened.

The GOP message is: “You don’t need to worry that the blacks will climb up over you. We’ll protect you.

“Don’t worry that the gays will absorb your children. We’ll protect you.

“Don’t worry that the browns will take your job and rape your women. We’ll build a wall.

“Don’t worry that the Jews will take over and rule you. Our white supremacists will fight them for you.”

So when Marjorie Taylor Greene says Nancy Pelosi should be killed, otherwise decent middle-class and poor people overlook the obvious evil. They feel comforted that someone will protect them against those they fear.

Fear and hatred. You can’t have one without the other. They are our twin, primary survival emotions. It was the duo Hitler and Mussolini used to influence the mob.

Think of the Democrats as the strict mother, who tells you not to drink, smoke, or take drugs but instead to eat healthful foods, exercise, and avoid bad company.

The GOP is the affable corner gang leader, who tells you to join up, and he’ll get you all the alcohol, tobacco, and drugs you want, and all you need do is help him rob someone.

I suspect that most Southerners always knew slavery was wrong.

But fear, hatred, and Gap Psychology are powerful drugs. It looks like America needs first to succumb to the temptation of addiction before reason takes over, if it ever does.

Meanwhile, the Dems underachieve because the poor and middle-income people succumb to Gap Psychology in their desire to be protected from pain. Ironically, they will feel the pain of right-wing rule.

20 thoughts on “Why Democrats underachieve”