The universe has an infinite number of facts. We can’t learn and process them all, so we compensate. We learn about the universe by analogy, and by inference, and by reference:

Analogy: A comparison of two otherwise unlike things based on the resemblance of a particular aspect.
Inference: If two or more things agree with one another in some respects they will probably agree in others
Reference: The words of trusted people.

Knowing that Spot is a dog, you infer a picture of him.

You visualize details about Spot without ever having to see or hear him.

Often though, what we think of as analogy and inference can deceive us:

Your inference threw you off because it wasn’t a true analogy. It was a misleading “intuition.”

Because the universe is so big, the vast majority of what you “know” is based on your intuition.

Here is another example of where your intuition fails you. As you “know,” when 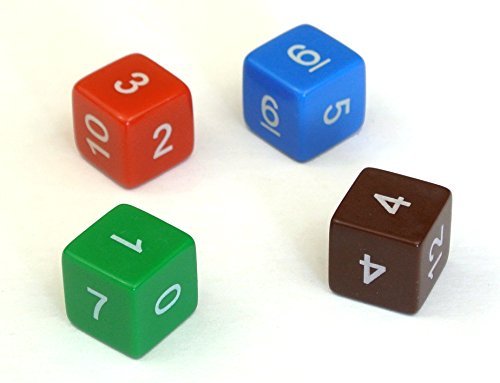 These are not ordinary dice. As you can see that they are numbered differently.

And counter-intuitively, “D” will beat “A” 2/3 of the time. No one die is the greatest.

We often see non-transitiveness in sports, where the winningest teams do not always have winning records against the poorest teams. Your favorite team may win the World Series in the same season as they have a losing record against a last-place team.

Politicians repeatedly create false analogies and false inferences. President Barack Obama, in his weekly radio address, July 2, 2011, said, “Government has to start living within its means, just like families do. We have to cut the spending we can’t afford so we can put the economy on a sounder footing.”

This is misleading on multiple levels.

And finally, it is federal spending, not spending cuts, that grow the U.S. economy and “put it on a sounder footing.”

Obama’s two short sentences were 100% wrong, and the inferences they were meant to draw were 100% misleading.

But to the average person, they sound logical, reasonable and prudent.

Because so much of what you know is based on what seems logical, reasonable, and prudent, you have learned to trust your intuition. You will fight mightily against anything that violates your intuition, despite powerful facts supporting the opposition.

You will believe your intuition especially if it supported by comments from a leader. You might more readily believe that vaccination causes autism, and immigrants cause disproportionate crime, and global warming is a Chinese hoax, if these ideas are supported by the President of the United States.

You have been primed for these beliefs by the knowledge that many medicines cause unpublicized problems, strangers are more responsible for crime than are friends, and China is an economic foe.

Nearly every politician, economist, and media writer tells you that federal financing is just like your personal financing (so debt is a danger and living within one’s means is prudent). The brainwashing comes at you from all sides.

Add such retorts as, “There’s no such thing as a free lunch,” and “Why are you the only one who knows this,” and you have created a powerful belief system that cannot be shaken by facts.

The federal government has increased its debt almost every year for the past 80 years, yet still, you are told that federal debt is a “ticking time bomb.”

Belief is less logical than emotional. You believe what you feel comfortable believing.

If, to help you visualize Monetary Sovereignty, I show you why federal finances are very much like those of the Bank in the game of Monopoly, you may dismiss that as being unrealistic, and “just a game.”

But by rule, the financial parallels between the Monopoly Bank and the federal government nearly are perfect. In the Monopoly rules, you will find this:

“The Bank never goes ‘broke.’ If the Bank runs out of money, the Banker may issue as much more as may be needed by merely writing on any ordinary paper.”

You didn’t question that rule in Monopoly, yet the vast majority of people’s intuition questions exactly the same rule for our Monetarily Sovereign federal government.

Finally, we come to inflation and the brainwashed belief that federal money “printing” causes inflation.

Let’s say you go to the store, and you find that the price of apples has gone up. Do you immediately think, “The government is printing more money,” or more likely do you think, “There must be a shortage of apples”?

In any capitalist economy, supply responds to demand, and prices result from an imbalance between supply and demand.

If supply is less than demand, there will be shortages and price increases, upon which producers will respond by creating more product, alleviating the shortages and lowering prices.

Here is the normal sequence leading to low amounts of inflation, and then inflation moderating:

This process creates the average low inflation that has been the norm for decades.

Here is the process leading to large inflations and hyperinflations:

All inflations and hyperinflations are caused by shortages, usually shortages of food or energy, never by federal money “printing.” In summary, the universe contains more facts than you can absorb. You are forced to develop shortcuts that allow you to bypass the vast majority of facts and to come to conclusions about the reality around you.

These shortcuts include analogy, inference, and reference, the guidance of other people.

Despite common belief, the federal government cannot run short of dollars with which to pay its debts, and federal money creation does not cause excessive inflation (which is caused by shortages.)

And yes, the federal government easily can pay for the Ten Steps to Prosperity (below), without causing inflation.