Is someone stealing from your organization? Here is a short, quick place to start learning.

There are all sorts of stealing in business. There’s the bookkeeper who takes home a few pens or pads of paper or a computer for his kid’s homework

There’s the secretary who accepts jewelry and perfume from a key supplier in return for telling him what the competition is bidding.

There’s the officer who has his lawn mowed and trees trimmed by the company’s landscaping firm.

And there’s the outright crook, who finds ways to steal big money.

A short story: One day, when I took over the management of a small company, I asked the bookkeeper to show me the previous year’s audit statements. She showed me the outside accountant’s compilation.

For those of you not versed in accounting terms, a “compilation” is nothing more than the bookkeeper’s report printed on the outside accountant’s letterhead. In short, it is useless.

That was the first clue.

The second clue came when I told the bookkeeper I was going to bring in a new outside accountant to conduct an audit. The bookkeeper failed to show up for work the next day.

You know the end of this story. The outside accountant found that the bookkeeper had stolen at least $50,000, simply by writing checks to herself, then destroying the cashed originals that came back from the bank. (As I said, it was a small company.)

The title of this article is, “The 3 simple rules of stealing,” so here they are:

Rule 1: If stealing is possible, stealing absolutely will happen.

There is a reason for the prayer, “. . . lead us not into temptation.” As humans we are fallible, and given significant temptation, even the most honest among us would yield, particularly if the temptation is laid out right in front of us, and the risks are seen to be negligible.

The aforementioned bookkeeper wrote checks every day. She saw that for years, no one ever bothered to review them. Fundamentally, she may have been a good person, but the temptation was irresistible.

Think about your business. Is there any area in which someone could steal, take bribes, or otherwise illegally benefit at the company’s expense? If so, it absolutely is happening.

Rule 2: The people doing the stealing are the people you trust most. 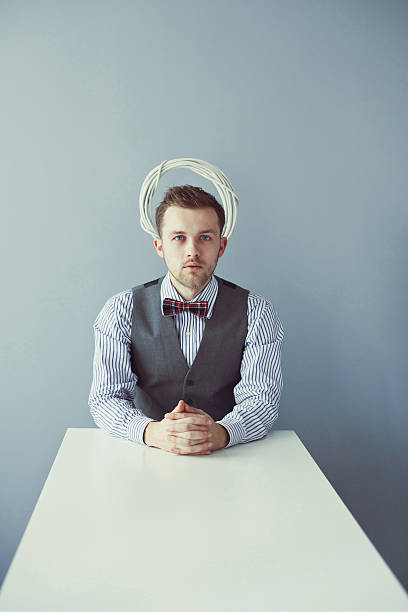 These are the people who have worked for you longest, and/or work the hardest, seldom take vacations, and hardly ever call in sick.

They may be your personal friends, even relatives. You might be godfather to their children. These are the people you might trust with your life.  They don’t seem like dishonest “types.”

When the thievery is discovered, you’ll say, “I simply cannot believe he would steal from me, after all these years.”

When these otherwise trusted people are apprehended, they often justify their stealing by saying things like, “I was underpaid,” “I didn’t receive the credit I deserved,” “I needed the money for . . . ,” “The company is rich and I’m poor,” “Everyone was doing it.”

Rule 3: Whoever feels “insulted” that their honesty is questioned, or claims an investigation is a “waste of money” — that person is the thief.

Honest people dislike thieves. They hate to see people “getting away with” something, while they themselves don’t. They welcome investigations that will uncover the crooks.

By contrast, thieves are angered and intimidated by investigations. If you start nosing around, asking questions, and rifling through files, only to be met with reluctance and “Don’t you trust me?” objections, you have found your crook.

And that’s it: Three simple rules. Read them again and think about your organization.

If you step back and look objectively at your organization, and if you see where it would be possible for a trusted person to steal or accept bribes, and if that person bristles or objects to the idea of an investigation, you’ll know you have a problem.

Stealing can assume myriad forms. Often, it involves one person having both administrative and supervisory roles over the same process. For instance, on outside projects, does the same person specify criteria, and obtain quotes, select the supplier, and then supervise and judge the work being done?

Has that trusted person been with you a long time? Does he/she work either without a direct supervisor or does the direct supervisor use a “hands-off” approach to supervising? Are they friends, relatives, or lovers?

Do you have any rules regarding gifts from suppliers? Have you spoken to your suppliers about these rules?

Then review the quotes to see if there are substantial differences, and ask why a higher-priced quote was selected.

Even more important than the answers to your questions are the nature of the responses themselves. Did someone say, “Why are you asking?” Were the responses slow to come or reluctantly given?

The list of stealing opportunities is endless, but it usually begins with the three rules.