If someone told you we could defeat Russia’s army without losing a single soldier and without costing American taxpayers one dime, would you be in favor?

Since World War II ended, Russia has been an enemy of the U.S. Fortunately, we haven’t been in a shooting war against them, but we have come close. Remember the Cuban missile crisis?

With Vladimir Putin in charge, Russia is a genuine danger to America, but we can minimize the threat of actual combat, and our soldiers won’t have to lift a finger.

Ukraine is doing the job for us and will continue to do the job unless we genuinely are stupid — which we very well may be. 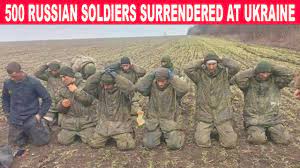 The Sherman Republican roasted Democrats over federal spending, inflation and border policies — as many in the audience chuckled and murmured along in agreement.

But he also faced tough questions on one topic — his May vote supporting $40 billion to help Ukraine fend off Russia’s invasion.

Ten of his Republican House colleagues from Texas voted against that aid package, reflecting skepticism among the party’s base for spending so much money to help another country.

“Spending so much money,” which is 100% free. American taxpayers will not fund any of this spending, not one cent.

The federal government simply will create the dollars out of thin air, as it always does.

Former Fed Chairman, Alan Greenspan: “A government cannot become insolvent with respect to obligations in its own currency.”

Former Fed Chairman, Ben Bernanke: “The U.S. government has a technology, called a printing press (or, today, its electronic equivalent), that allows it to produce as many U.S. dollars as it wishes at essentially no cost.”

Quote from Ben Bernanke when he was on 60 Minutes:
Scott Pelley: Is that tax money that the Fed is spending?
Ben Bernanke: It’s not tax money… We simply use the computer to mark up the size of the account.

Statement from the St. Louis Fed:
“As the sole manufacturer of dollars, whose debt is denominated in dollars, the U.S. government can never become insolvent, i.e., unable to pay its bills. In this sense, the government is not dependent on credit markets to remain operational.”

But Fallon also said he expected that the money approved to that point would be enough to keep Ukraine in the fight for more than a year — and that was before Congress signed off on another $12 billion.

“So I’m rooting for Ukraine,” Fallon said. “I hope they win. I will not be voting for any more money over the next 14 months, because they have what they need for now.”

Of course, Fallon has no idea what he’s talking about.

He doesn’t know what Ukraine needs, and since the money costs us nothing, what is the purpose of being tightfisted?

Before leaving for its recess, Congress passed a stopgap spending measure — opposed by all Texas GOP House members — that included a little more than $12 billion to help Ukraine.

Why did the GOP oppose it? Simple  The Democrats proposed it. Period.

The HIMARS, which have proved key to the fight, come from Grand Prairie-based Lockheed Martin Missiles and Fire Control, which builds them in Arkansas. 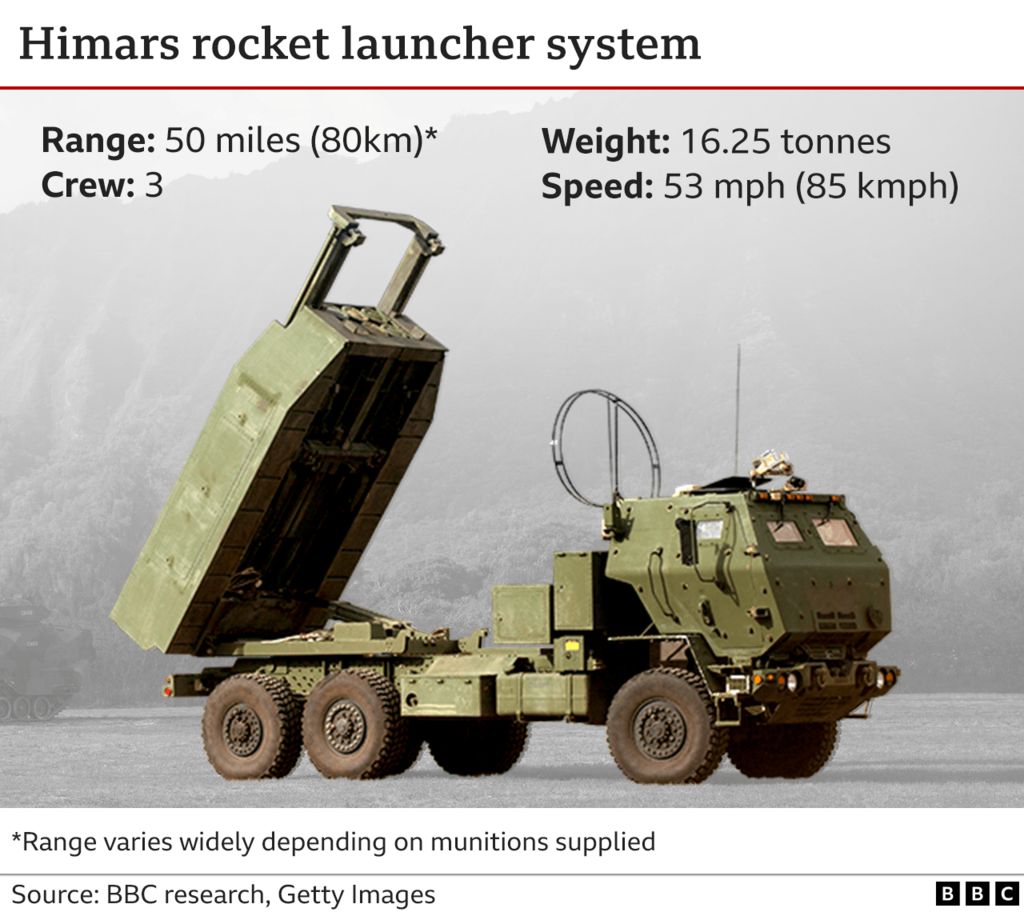 “HIMARS time: good time for Ukrainians and bad time for the occupiers,” he wrote.

But Ukrainian President Volodymyr Zelenskyy called last week for even more support, stressing the importance of having an air shield to defend against an onslaught of Russian missile strikes.

Advocates for supporting Ukraine say the current situation underscores how the United States must keep the stream of weapons and financial support flowing. But a potential new GOP majority next year could make it tougher to get such measures passed.

Polling shows the percentage of Americans who feel there is too much support flowing to Ukraine has increased, particularly among Republicans.

Why is there “too much support”? Because the public has been fed The Big Lie that federal taxes fund federal spending.

He said he is all for finding ways to help Ukraine against the atrocities being committed by Russia, but questioned the amount of money involved in light of other pressing domestic priorities.

We are Monetarily Sovereign. Our federal government has the infinite ability to create unlimited dollars.

We can fund Ukraine while funding every other domestic program and still not levy one additional penny in taxes.

Roy said the administration hasn’t provided a detailed explanation of why sending money to Ukraine is in the U.S. national interest, how it will be offset in the budget or evidence it will prove effective in the long run.

Imagine a. U.S. Congressman who doesn’t understand why weakening the Putin government’s military is in the national interest at $0 cost. How did Chip Roy ever get elected to Congress, knowing so little?

He said some of his constituents have flown to Ukraine to volunteer in hospitals, assist refugees and adopt children affected by the fighting.

But they don’t favor a “blank check” for Ukraine, he said, and he’s concerned that’s what the U.S. is providing.

Some of his constituents have risked their lives to help Ukraine, but the GOP refuses to help while risking absolutely nothing — even while supporting the American economy. It boggles the mind.

“We’re literally just propping up the government,” Roy said. “The Communist Party in China is getting money that we’re giving allegedly to Ukraine.

Oligarchs in Ukraine are getting enriched off of our taxpayer dollars, because we’re just dumping money, like truckloads of money. … It’s just mind-boggling that we operate this way.”

Now he’s just making up bullsh*t. He can’t name one “oligarch” who is enriching the Communist Party in China. He must be getting his info from QAnon.

Cynthia Cook, director of the defense-industrial initiatives group at the Center for Strategic and International Studies, said that Ukraine’s success has been aided by the weapons systems provided by the United States, but that the final outcome hasn’t been determined.

“The battle is not won,” Cook said. “The amount of territory that they would have to retake to expel Russia from their soil is still pretty substantial, especially if, as it seems, that they would like to recapture Crimea.

It’s not over until it’s over.”

Ukraine is weakening Russian morale. It costs us nothing. We could not possibly have invented a better scenario for America.

But the GOP wants to stop. They want to snatch defeat from the jaws of victory.

Those opposed to more aid need to understand the United States is getting something for its money, she said, namely a more peaceful future if Ukraine’s success helps prevent Russian tanks from eventually rolling into Poland.

Finally, we have a chance to win a war without losing a single American, and we a reluctant.

“The message is one of ‘we are spending money on a foreign country,’ but at the same time this is a critical fight for democracy,” she said. “It’s pretty important for Europe … if Russia is pushed back from Ukraine and that sort of diminishes the chances of future, more worrisome fights.”

Get it, GOP  Yours is the party that never has a productive idea. Now, when a great one falls in your lap, you resist it. Incredible.

In an interview, Crenshaw said that the initial price tag brought a lot of “sticker shock” but that the United States has gotten quite a bit in return.

There isn’t even “sticker shock” because the sticker reads $00.00. Perhaps, that’s the shock.

And let’s face it, if a nincompoop like Marjorie Taylor Greene opposes it, it must be great. Ask her husband about that.

“Some Republicans would disagree, but their reasoning is, frankly, lacking in substance,” Crenshaw said.

He said that he would like more details and justification on just where the money is being spent, but that the result of that investment has been “enormous” strategic gains.

Right, for an investment of ZERO, we are getting great returns.

“And the fact that that’s lost on people blows my mind,” Crenshaw said.

I share your feelings, Dan, but people still are being fed the Big Lie. That blows my mind even more.

Austin Rep. Michael McCaul is the top Republican on the House Foreign Affairs Committee, which puts him in line to chair the panel if his party retakes the majority in the midterms. He has supported Ukraine aid and said the United States could be doing more.

“Once we finally gave them what they needed, like the HIMARS, they started winning and they’re beating them,” McCaul said. “And I don’t understand [opposition to Ukraine aid]. I grew up during the Cold War and I thought killing Russians was a good thing.”

But he also said that he’s discussed the issue with members of the conservative House Freedom Caucus and that they are primarily concerned about the cost.

They are concerned about the cost because they do not understand federal finance. How did these people get into Congress with so little knowledge?

He said it will be his role and those of like-minded members to explain to skeptics and incoming rookie members the importance of keeping the support flowing.

“It’s just an education thing,” McCaul said. “They may not understand what’s going on.”

Well, hurry up and educate them. After that, they also may understand why Medicare for All, Social Security for All, Free College for All, more financial support for the poor, and even life insurance for all are both beneficial and easily affordable. It, too, would cost taxpayers $00.00.

Fallon said he understands the sentiment from some Republicans who feel more priority should be paid to the southern border — he certainly agrees much more needs to be done there.

There need not be a financial “priority.” The federal government can afford both.

But he emphasized the United States does not want to see Putin emboldened.
“We don’t want Russia to win,” Fallon said.

Talking about both sides of his mouth, Fallon doesn’t want Russia to win, but he will not vote to help Ukraine win. Our leaders truly are pitiful.

With Putin’s help, Ukraine has given us a gift. Pray we are not foolish enough to throw it away.

18 thoughts on “We could defeat Russia’s army without a single American casualty, but . . .”