If you still back Donald Trump and the rest of the “Party of the Rich,” you either are rich or a fool – or both. There are no exceptions.

Lawmakers scrambling to lock up Republican support for the tax reform bill added a complicated provision late in the process — one that would provide a multimillion-dollar windfall to real estate investors such as President Donald Trump.

James Repetti, a tax law professor at Boston College Law School, said: “This is a windfall for real estate developers like Trump.”

As you may remember, Trump swore the new tax bill would not benefit him, personally. If you believed him, you either are rich or a fool – or both. No exceptions.

Last month, during a speech in St. Charles, Missouri, Trump took pains to tell his audience that the tax-overhaul bill would hurt him personally. “This is going to cost me a fortune, this thing,” he said. “Believe me.”

You’ll notice that Trump said, “Believe me,” which is his normal postlude to a lie. Based on his history, if you believed him, you either are rich or a fool – or both. No exceptions.

And then there’s this:

The Republican tax bill got worse: now the top 1% gets 83% of the gains
In its last year, the bill raises taxes on more than 53 percent of Americans.
By Dylan Matthews, Dec 18, 2017

By 2027, more than half of all Americans — 53 percent — would pay more in taxes under the tax bill agreed to by House and Senate Republicans, a new analysis by the Tax Policy Center finds. That year, 82.8 percent of the bill’s benefit would go to the top 1 percent, up from 62.1 under the Senate bill.

And even in the first years of the bill’s implementation, when it’s an across-the-board tax cut, the benefits of the law would be heavily concentrated among the upper-middle and upper-class Americans, with nearly two-thirds of the benefit going to the richest fifth of Americans in 2018.

The analysis does not include an additional cost of the legislation: its repeal of the individual mandate, which the Congressional Budget Office estimates could cause as many as 13 million fewer people to have health insurance, reducing federal spending for poor and middle-class Americans’ health insurance by $338 billion over 10 years. That worsens the bill’s distribution for the poor and middle class.

If you plan to vote Republican next year, you either are rich or a fool – or both. No exceptions. 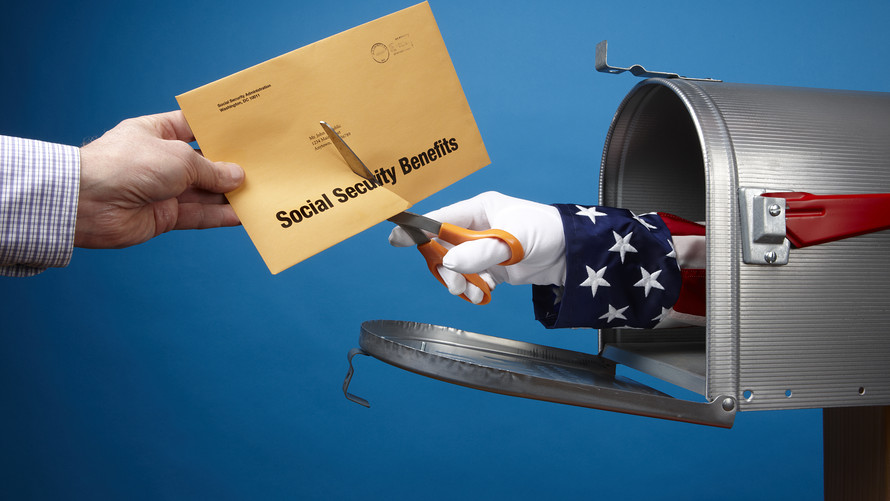 Sen. Rubio tells a secret: After giving a tax cut to the rich, GOP will cut Social Security and Medicare
By Michael HiltzikContact Reporter

In a videotaped interview with two Politico reporters Wednesday, Sen. Marco Rubio (R-Fla.) said, “We have to do two things. We have to generate economic growth which generates revenue, while reducing spending.

That will mean instituting structural changes to Social Security and Medicare for the future.”

For one thing, economic growth at the moment is near a recent historical high; most serious economists don’t expect the GOP’s tax cuts for the rich and for corporations to have any significant further impact.

For another, even if one is cutting spending, that leaves open the question: which spending? Rubio’s argument that it has to be through cuts to Social Security and Medicare is GOP doctrine because it strikes at the middle and working classes and leaves the wealthy alone, cradling their huge tax cuts.

So not only has the “Party of the Rich” cut taxes for the rich, and not only have they also eroded Obamacare, which covers the poor, but they plan to cut Social Security and Medicare.

Did we mention that if you plan to vote Republican next year, you either are rich or a fool – or both? No exceptions.

So what are you going to do about it?

3 thoughts on “Voting for the GOP? You either are rich or a fool – or both. No exceptions.”